Ignorance by The Weather Station 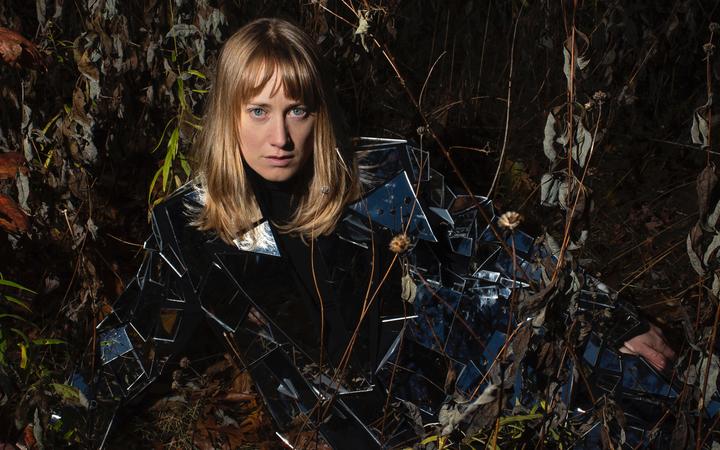 Maybe this is the alert levels speaking, but 2021 still feels like it’s barely started. However we are nearly one sixth of the way through, and we already have one of the year’s best albums.

The Weather Station is the project of Canadian musician Tamara Lindeman, who started a career as an actress in the late nineties, then segued into music around a decade later. Maybe that’s why she excels at conveying emotion with seemingly little effort. These are songs that want to make you feel things, drawing on the best classic songwriting traditions to do so.

Early albums found Lindeman nestled amongst banjos and the like, folk music through and through, and from there they just kept sounding bigger. This album Ignorance feels like the payoff, with the band operating in full chamber pop mode; every song is big and lush, with a string section making frequent appearances. And it all fits perfectly.

Take the track 'Parking Lot' as an example. She sings its last stretch like she’s searching for a thought, or how best to convey it, as the instrumentation behind her swells, pushing her toward a conclusion. It manages to wring profundity from the simplest thing: “It just kills me when I see a bird fly” Lindeman sings, after spotting one in the parking lot of the title. Put like that it seems whimsical; silly even. But in the context of the album as a whole, it starts to feel a bit tragic.

In recent years Lindeman became preoccupied with the effects of climate change. Maybe naming her band The Weather Station was a bit of an omen.

Early this year, she told Pitchfork.com “I don’t think you can come into contact with the reality of what 2 degrees of warming means and not become radical. It’s so much worse than our culture really wants to admit.”

She became an activist and campaigner for climate awareness, and with that in mind, an album called Ignorance feels a bit more loaded. As do song titles like 'I Tried To Tell You'. There’s frustration there, but she’s said she wanted to guide people away from defensiveness, or nihilism, toward something more productive.

'Loss', another song with a pointed title, has the line “At some point you'd have to live as if the truth was true”, but it’s couched in a song that’s so warm and inviting, it’s hard not to feel positive.

This is an album of great songs, but I was also struck by how perfectly sequenced they are, starting off pensive, then becoming more open-hearted with each ensuing track. First track 'Robber' is downright suspenseful, appropriate for a song about a heist.

It’s a track that’s pretty clearly railing against the ruling class. “Permission by laws, permission of banks, white table cloth dinners, convention centers, it was all done real carefully” Lindeman sings, and it feels like a succinct damning of however many decades of unfettered capitalism.

Track two 'Atlantic' finds the clouds parting slightly. “I should know better than to read the headlines” goes the chorus, as the instrumentation urgently buffets her onward. By the time we get to 'Separated' at the midpoint of the album, we’re in upbeat pop territory.

Talking to a fan on Reddit recently, Lindeman revealed that one is about Twitter, saying: “This is the place where we come to talk to each other, to organize, to build social power, to build a society... and we can't talk to each other in a human way. It really is this incessant brinksmanship and oneupmanship and a very conflict ridden way of communicating.”

It’s hard not to hear the fidgety energy of thousands of clashing opinions in the song once you know that.

After this things start to wind down, settling somewhere between melancholy and optimistic. The wrenching chorus of 'Wear' gradually blossoms into something richer and friendlier as it gathers strings and bass clarinet, easing us toward the the album's end.

Read a certain way, Ignorance is a call to arms, although it could also be interpreted as a breakup album. Lyrics aside, there’s not a dud song among the ten that make up the album. A lot of them feel familiar the first time you hear them, but I don’t think that has to do with influences on the sleeve. It’s more about an artist expertly conveying something.

Lindeman recently told The Guardian that making the album was terrifying and exposing, but it’s paid dividends. Ignorance will show up on plenty of best of lists around ten months from now. “The softest feelings within us are the most important,” she went on to say, and it’s testament to how well she articulates those feelings that this record is as good as it is.

On All Fours by Goat Girl 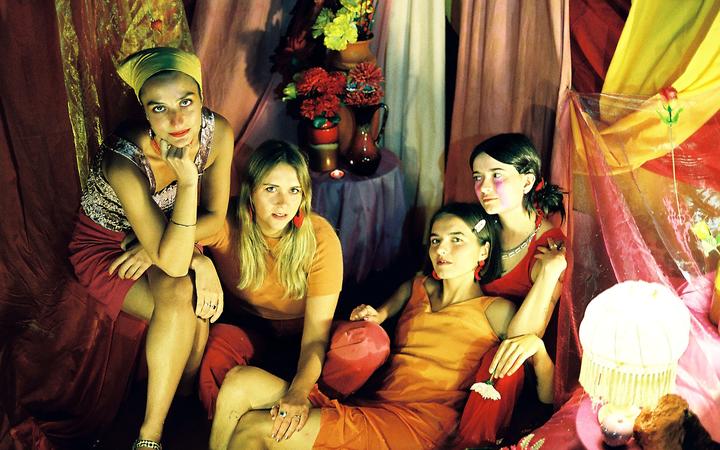 This UK band certainly has a knack for names. They christened themselves with a gender-flipped version of comedian Bill Hicks’ character Goat Boy, and the individual members go by the pseudonyms Clottie Cream, LED, Rosy Bones, and Holy Hole. The title of their second album On All Fours says a lot with just three words. And in a post-me too world, when a band made up of women and non-binary members starts their album with a song called ‘Pest’, you can safely guess what kind of pest they’re referring to.

“The pest from the West drums on his chest”, they sing, following it up with “I have no shame when I say step the fuck away”.

Sexual harassment or gender imbalance certainly seems part of it, but Goat Girl have plenty on their mind. They all hail from Peckham, and said their first album was about “Growing up in London and the first-hand experience of our city’s devolution.” One song on that album started with the line “How can an entire nation be so fucking thick?”. It came out in 2017, and again, it’s a safe bet they’re talking about a certain referendum that had passed in Britain.

All of this might suggest a punk band that’s fueled by anger, but the new album is less interested in being brief and spiky than sprawling outward into all sorts of genres. The prevailing mood can often feel pretty cheerful.

There’s a post-punk vibe to the rhythm of 'Badidaba', but nothing bludgeoning about the approach. It even introduces what sounds like a violin into the mix, and guitars and vocals are going for hummability rather than anything too frantic. It’s a song about pollution, referring to "littered seas" and saying "shove it somewhere we won’t see", summing up that humanity "feels like an infection", but it’s delivered breezily alongside the name of the song - a word the band just thought was funny.

It also features a healthy dollop of synthesizer, a new addition to Goat Girl’s sound. The early single 'Sad Cowboy' is the one that first caught my ears with its mix of wiry guitars and rave stabs, winding up in a dance breakdown that wouldn't be too out of place at the club. The real strength of that track is its downright smooth, Fleetwood Mac-channeling chorus.

It’s followed up with another album highlight, 'The Crack', which weaves in handclaps and a brass section: spaghetti western accoutrements adorning another jaunty garage singalong. It also introduces an element of doom with some slightly oppressive distorted chords, befitting a song that’s literally about the end of the world.

“Cracks form when the earth's torn” go the lyrics. “The people made their way to space”. They seem to be alluding to a populous fleeing a ruined earth. It reminded me of Elon Musk, and his plans to colonize Mars.

I think that’s the balancing act that Goat Girl pulls off. These are cheerful songs that nonetheless feel haunted by something lurking in the background. 'Anxiety Feels' is sparsely arranged, with bright, loungey guitars, but it starts with a rejection of prescription medications: “I don’t wanna be on those pills” sings Clottie, presumably referring to treatment for the anxiety the song’s named after. But by the time the lovely, mournful chorus has come around, she admits she finds it hard sometimes.

A similar trick is pulled on the song “They Bite On You”. It’s propelled by a reggae-infused bassline and a sweet vocal countermelody, before the tempo doubles in the chorus and it all gets a bit apocalyptic.

Goat Girl are a band with a lot on their mind, and they convey it with amicable restraint. The band’s pervading anti-authoritarianism is always there, but it's mostly expressed through songs that feel frustrated but not too gloomy. They make no bones about highlighting the world’s various injustices, but that isn’t going to stop them from keeping the party going.

Above The Shroud by SR Mpofu 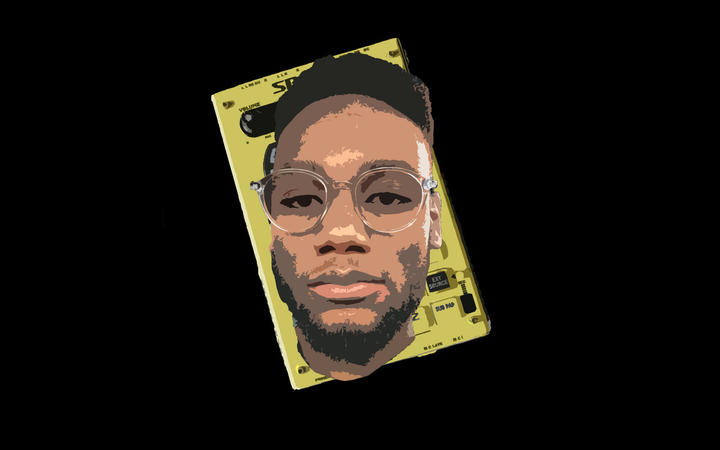 Near the start of the year, I received an email from a colleague asking if I’d heard an Auckland musician called SR Mpofu. I hadn’t, but as soon as I heard this EP I knew he was someone I should be paying attention to.

The opening track is fittingly called 'Ascension'. The EP’s made up of the kind of minimal beat-making that wants to raise your consciousness to somewhere blissful, and the song titles seem to follow that arc: track three is called 'Way Too High', and track six is 'Touch The Clouds'. You could obviously read these as references to getting high, but I think it’s more deliberate than that, particularly when the EP’s title seems to be alluding to death.

Personally I just think it’s an apt description of how I feel while I’m listening to these songs. They're all incredibly soothing.

At its best, this type of music has me leaning forward, trying to make sense of what I’m hearing. To pick just one example from the track 'Portals', I can’t identify the metallic clattering that makes an appearance, but that’s why I love it. If someone can create something I haven’t heard before, more power to them.

This is SR Mpofu’s second EP (both released last year), and information online is still scarce, so I got in touch with him. His full name is Simphiwe Mpofu, and he travelled with his parents to Aotearoa from Zimbabwe in 2008 when he was seven. He told me he’s part of a hip hop crew called IllFoundation, and that he’s inspired by Los Angeles beatmakers like Flying Lotus and Samiyam, and Clams Casino from New Jersey.

That’s a fine lineage to draw from, and Above The Shroud slots in neatly next to those acts. There’s no shortage of groove or attention to detail, but what strikes me most about these tracks is how well balanced they are. Making music with this much bottom end can be a tricky prospect. You don’t want to be blowing people’s speakers.

A personal favourite element is the kick drum on this track, Glide Slow Homie. It’s fattened up with a stereo reverb and sounds absolutely colossal, but leaves room for a retro computer game-style synth, and what sounds like a harp sample.

Above The Shroud is an intriguing name for an EP, and still has me scratching my head slightly, particularly when it contains religious references like 'Walk On Water' and 'The Rapture'. It’s an interesting extra layer for a collection of songs with no lyrics.

But aside from all that, it’s expertly produced, and elevates my mood every time I hear it. SR Mpofu is sure to have a long career ahead of him. I have no doubt he’ll collaborate with plenty of MCs and vocalists. But this collection of instrumentals is an impressive calling card, with plenty of lush sonic details to lose yourself in.