Nick Bollinger discusses the ambiguous sounds of Wellington trio Glass Vaults; Woodstock punk of The Bobby Lees; and takes a deep dive into the archives of Joni Mitchell. 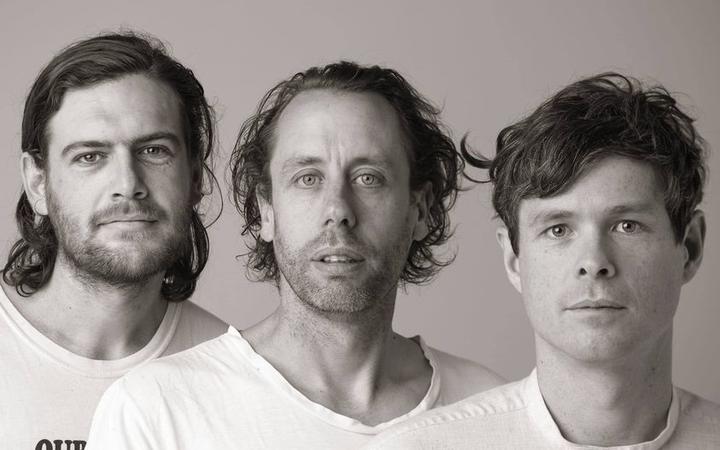 Listening to the new album by Wellington trio Glass Vaults is to be reminded that, in life, few things are constant. Most of what we experience is in a state of flux: identities, fashions, music.

Take ‘High Heels’, one of several songs that address, in different ways, the fluid nature of existence. The music itself is fluid, just listen to the way the keyboard chords bend and slide, as though as though standard pitch might be up for negotiation. Then there’s the character singing the song, his high heels hinting, perhaps, at a fluid gender, as he takes the wheel of a car and heads towards an uncertain future. Change is the one constant here. In another song he asks: who would I become for love?

Glass Vaults have been refining their fascinating, ambiguous music over the past decade and Sounds That Sound Like Music is its latest and most developed iteration. The core of the group is still Rowan Pierce, Richard Larsen and Bevan Smith; the three musicians that steered their last album The New Happy. Between them they command an assortment of keyboards, percussive devices and even the occasional guitar to create songs with potent hooks and strong danceable rhythms. There’s a non-specific retro quality to it;  I sometimes feel like I’ve teleported to some late 80s nightclub dance floor, but that feeling is offset by lyrics that seem acutely conscious of present-day conundrums.

Everything seems to be sliding around in ‘Boys On Boys’, another of this record’s many hooky tracks; from the sexual identity of the singer to the pitch bar on the synth, but most of all the bass guitar - fretless, of course - played by Tom Callwood, on loan from The Phoenix Foundation, and his low frequency fretwork is another recurring feature of the album.

The rhythms skew towards funk and are frequently brought to life by the addition of real drums, played by the redoubtable Cory Champion. And there’s a phalanx of female singers, with Gemma Syme - the artist known as Instant Fantasy - locating that liminal place between dreaminess and disassociation in typically unsettling feint at funkiness they call ‘Pure Imagination’.

Sounds That Sound Like Music is the ambiguous title Glass Vaults have given to an ambiguous album. It’s an album that can sound like a lot of things, and the closer I listen the more I wonder whether what am hearing really means what it seems to. Which of course just makes me listen even closer. 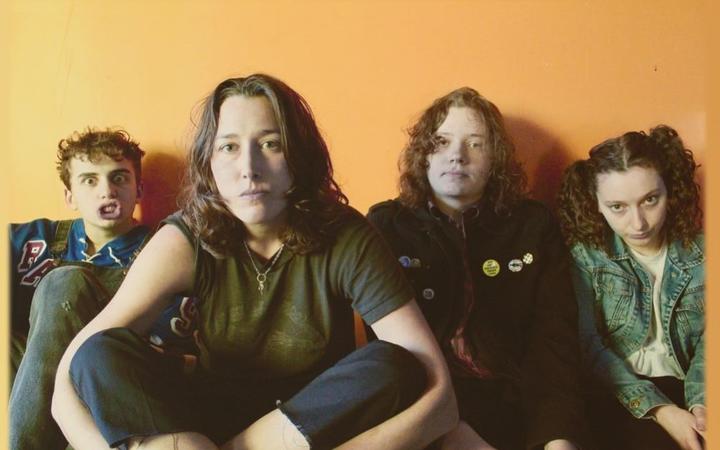 Skin Suit by The Bobby Lees

The town of Woodstock will be forever associated with the hippie festival that didn’t actually take place there, and the mellow community of roots musicians that cemented its legend. But surprisingly the latest group to come out of Woodstock sounds like this.

To hear The Bobby Lees at full throttle - which is effectively their only setting - you would have to say ’we are stardust, we are golden’ is hardly what springs to mind. Essentially they are a punk group, but they are based in Woodstock, which is where the were formed by vocalist/guitarist Sam Quartin a little over three years ago. Quartin originally came from New York City, where she had had some success as an actor but little luck in her real ambition of putting a band together. On someone’s advice she moved to Woodstock where these days there is a full-time Rock Academy; trading I guess on the town’s legend. And with a bunch of young recent graduates she formed the Bobby Lees. And it’s a while since I’ve heard anything as ferociously focused.

There’s the classic punk cocktail of dissolute boredom and gleefully mischief in these songs that I haven’t heard anyone render quite so forcefully in a long time. In the tradition of early punks like Richard Hell and Johnny Rotten, Quartin’s stance is anti-romantic. She’s more inclined to sing about lust than love. The sex in her songs is urgent and sleazy.

At twenty-five, Quartin is by far the eldest member of The Bobby Lees. Guitarist Nick Casa is only seventeen and the bass player and drummer aren’t much older, but what they produce is no amateur racket. Punk is often characterised as a music where energy and attitude make up for musical skill, but in The Bobby Lees you get both and then some. In particular, drummer Macky Bowman is a monster, whipping up a percussive storm.

With her acting background it’s hard to know how much of Quatrin’s performance is raw expression and how much is, well, an act. My sense is that she’s utilising one to access the other. Her gestures might be theatrical, but the frustrations and obsessions she amplifies are authentic and personal.

Skin Suit is the second album the Bobby Lees have made and it’s a step up, both sonically and dynamically. To produce it they enlisted an old hand, Jon Spencer of Blues Explosion fame, a dangerous expert in generating rock’n’roll energy. You can hear his influence in the fine attention to dirty sounds - as though he’s been careful to knife the speaker cones in just the right places - the spontaneous asides and the furious joy of the whole thing.

Curiously, and perhaps unnecessarily, the album ends with two covers. One is Richard Hell’s punk anthem ‘Blank Generation’; the other is Muddy Waters’ deep blues ‘I’m A Man’, which Quatrin pointedly sings without changing the gender. If nothing else, they point to the two prime sources of inspiration for a band that might not be doing anything new but are doing it with subversive purpose and a sordid sense of style. 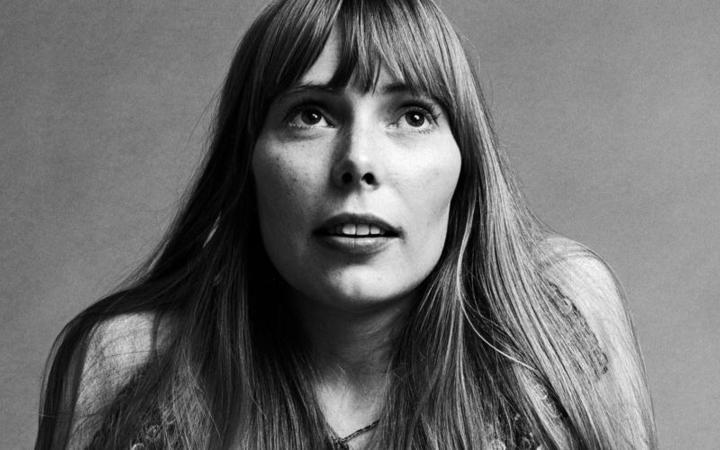 Listen to the version of ‘House of the Rising Sun’ that opens this collection and it’s hard to believe it’s not Joan Baez but Joni Mitchell, or Joan Anderson as she was still known when this recording was made in 1963.

Joni Mitchell Archives Vol 1: The Early Years - 1963-1967 is a five-disc set and a fascinating document: a chronological presentation of recordings of Mitchell made prior to her first album in 1967. Mostly they are live, in radio stations, clubs, concerts, her parents’ house in Saskatoon.

And whatever she may have said to the contrary, she undoubtedly was a folk singer, of the standard-issue coffee-house variety.

Though very much in the mould of Baez, like ten thousand others at that time, you can already hear that her voice was something special. Sit up close to the source of that in one of those dark cafes and I’m sure you would be spellbound. But there was no hint yet that she would become one of the most individual, influential and sophisticated songwriters of her generation. Her repertoire back then was essentially the same as everyone else’s.

When film-makers the Cohen Brothers made Inside Llewyn Davis, their homage to the Greenwich Village folk era, that song featured prominently because at the time it did. The concept of the singer-songwriter had yet to come. It would take the impact of Bob Dylan to really sink in before songbooks full of ‘Fare Thee Well’s and ‘Copper Kettle’s would be replaced by original repertoires. And was that necessarily a good thing? The old folk songs were, after all, good songs; they wouldn’t have stood the test of time if they hadn’t been, whereas not everyone was a Bob Dylan, as the flood of gauche protest ballads and I’ve-been-on-the-road songs that followed clearly showed. But Joni Mitchell was never a Dylan imitator. All it took was his example, that you could say whatever you liked in a song, to free her from the shackles of folk-dom, and set her on a path to writing songs as strikingly individual as ‘Both Sides Now’. There’s an early performance here of that freshly-minted masterpiece is the way there is no applause when she introduces it; the audience has never heard of it before!

The set is scattered with such revelatory moments. There’s an early performance of another for her early great songs, ‘The Circle Game’.And, in another recording - a very hissy one from a radio programme - she covers the song she says inspired ‘The Circle Game’; a song that was written by her fellow Canadian folkie Neil Young, and about which she has some pertinent things to say.She appreciates Neil’s song - admires it enough to perform it - while still critiquing its philosophy.

And over the years she’s taken a similarly entertaining peer-review stance with Dylan. Of course we’ve been receiving dispatches from the Neil and Bob archives for years now, but it has apparently taken this long for Joni Mitchell to be convinced that her early recordings are worth revisiting. As an artist who for most of her career has looked only forward, her juvenilia never held much interest for her. And while these five discs of previously unreleased recordings are welcome, it is true that where they leave off - just before the release of her first album - is just where her music starts to get really interesting. Over the following decades she would leave coffeehouse folksinging far behind her as she explored her own guitar tunings, collaborated with jazz giants, expanded melodically and poetically.

I guess all of that will be represented in forthcoming volumes. Meanwhile though, this set has plenty to recommend it. It is strewn with obscures treasures, including a number of songs I had never heard before: early Mitchell originals that never made it to any of her albums, though she may have revisited their themes.