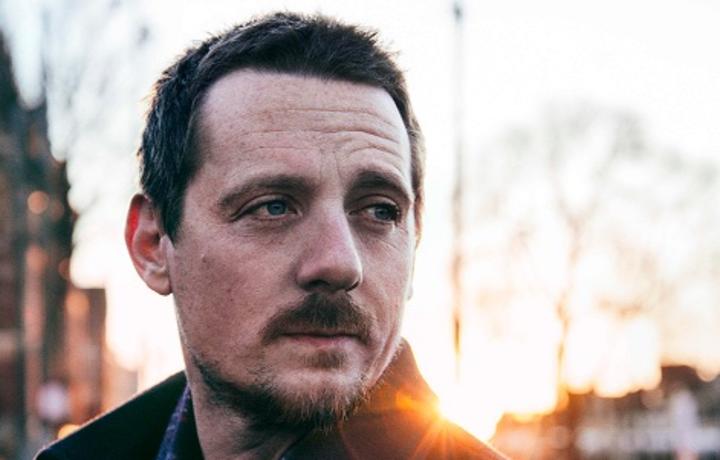 There’s a school of thought that says Sturgill Simpson could have been the saviour of country music, if only he had stuck to country. Now, after a circuitous journey through horn-based R&B, hard-rocking blues, disco and the odd Nirvana cover, he’s made the most purely country record of his career.

Cuttin’ Grass, Vol. 1 is the first album to come out on Simpson’s own label High Top Mountain Records, and to all intents and purposes it’s pure bluegrass, the variety of country music that has arguably remained closest to the genre’s Appalachian roots. The song, ‘All Around You’, might be familiar; it comes from Simpson’s 2016 album A Sailor’s Guide To Earth, where it appeared as an R&B ballad in 6/8 time, complete with horns by soul revivalists The Dap Kings. Yet here it is all mandolins, acoustic guitars and hillbilly harmonies, in the style of Bill Monroe, the architect of bluegrass.

Another song that originally appeared on A Sailor’s Guide, ‘Breakers Roar’ has been transformed from a moody singer-songwriter ballad into something that could be reasonably described as rollicking. There are no less than twenty tracks on Cuttin’ Grass and, for the most part, they are songs like these that Simpson has cut before in radically different versions. Even songs that were pretty much traditional country to start with get flung back a few decades further in these bluegrass reinventions. ‘Railroad Of Sin’ first appeared seven years ago on Simpson’s debut album High Top Mountain, but with the soaring fiddle of Stuart Duncan, banjo of Scott Vestal and Sierra Hull’s wonderful mandolin, it’s taken here to even higher peaks.

But it seems that making this album at this time wasn’t actually in Simpson’s grand plan. Like a lot of things, it was a result of Covid. Simpson had started the year in Europe, touring Sound and Fury, his hard rocking album from last year, and he was about to launch into the North American leg of the tour when he came down with the virus. By the time he was back home recovering in Tennessee, the whole live music business had effectively shut down. To keep his band afloat, he mounted a livestream concert, which easily surpassed its goals. Then, with touring still off the cards, he decided to follow up an idea he had had in the back of his mind almost since his first album: a record in the style he was first introduced to by his bluegrass-loving grandfather. And he gathered around him some of the most established bluegrass players in the business: guitarists Tim O’Brien and Mark Howard, and the previously mentioned Stuart Duncan, Scott Vestal and Sierra Hull. What’s more, he was determined not to make it a modern bluegrass record, the kind that favours digital flash, and to instead try to capture the live warmth of a bunch of musicians playing together in real time.

Hearing these songs, mostly borrowed from Simpson’s other more eclectic records, is a reminder that at their core Simpson’s songs are fundamentally country. He might dress them up with soul horns or rock chords, but strip all that away and the melodies and forms are thoroughly traditional. Not that Bill Monroe would ever have written lyrics like these. Simpson’s sensibilities are contemporary, his concerns those of a modern-day existentialist. And when he sings in ‘Turtles All The Way Down’ of how the way he views life was changed by psychedelics, and asks ‘how you make illegal/something that we all make in our brain’ - well, let’s just say it’s not something you can imagine Bill Monroe singing.

Cuttin’ Grass is beautifully performed and beautifully recorded, and shows us, if we didn’t already know, that Sturgill Simpson is as deeply rooted in the traditions of country music as anyone alive. Yet as his past work has shown us, those traditions are more adaptable than you might think. 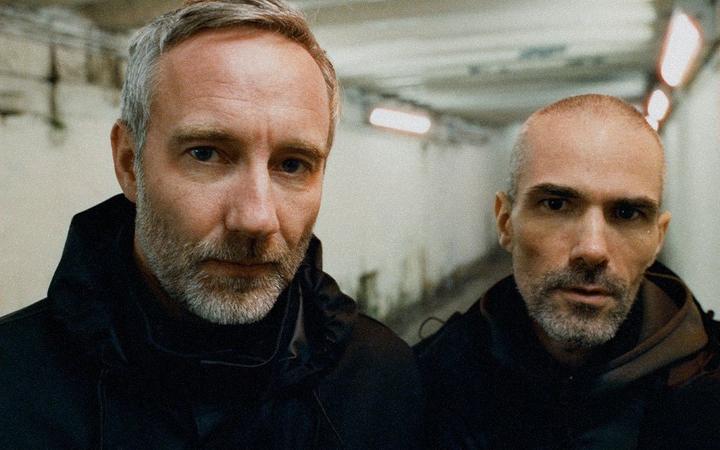 Booth and Brown came of age in the 80s listening to what were then the most current sounds coming out of hip-hop, house, funk and soul: the music of the Manchester dance clubs. Yet their own music, right from the start, was something else. It was though they had taken elements of the popular music around them and blown them up large while leaving other ingredients completely out of the mix. And working with those chosen elements, they proceeded to explore the limits of abstraction. Over the years they have grown increasingly sophisticated, developing their own totally individualised softwares, so that now, while what they produce might be a close as you can get to pure electronica, their sound is as unique and personal as a guitarist’s touch or a human voice.

As far back as the 90s, people were labelling Autechre’s stuff Intelligent Dance Music, a term Booth and Brown never seemed to take seriously. But in a world of looped beats and endless repetition, their music stood out, as it continues to, for its constant variation. In tracks like these you would be hard pressed to find any two bars exactly replicated. Something, if not everything, is in a process of perpetual change, though the changes are gradual and subtle; sometimes surprising but seldom random. They make musical sense.

The music might be futuristic, yet SIGN does adhere some pretty conventional structures. Just for starters, it is an album - one those old-fashioned things - 66 minutes in length, with eleven totally distinct tracks. And if Autechre don’t exactly give you verse, chorus and bridge - or even strictly a melody - the pieces build in the manner of pop songs or sonatas. The opening track ‘M4 Lema’ is a case in point. Initially we’re adrift in a sea of amorphous clamour. After a minute or two, out of the random a rhythm emerges, and while the clamour continues it is as though those rebel sounds, without losing their character, have found their place in the collective purpose.

You won’t find melodies per se in Autechre’s music, though you will hear melodic fragments; like a tune that’s been blown into pieces and which are now floating slowly to the ground. And there are chords, too; big deep descending ones in the case of the track they call ‘F7’. I haven’t checked, is it an F7 they kick off from here?

There’s a structure to SIGN as an album, too, and in a way that’s also relatively conventional. A ponderous, bottom-end heavy track like ‘F7’ is followed by something lighter and brighter - like the submarine-bell sounds of a bubbly, upbeat cut like the one they have labelled ‘si00’, which is a typically inscrutable Autechre title; their track-lists read like abbreviated notes, or things you would find written on labels in science labs.

Though Booth and Brown initially made their records eyeball to eyeball, together in the same room, these days they work mostly apart, using identical customised rigs. Passing files and bit of modified software back and forth, they work on and off each other’s ideas, so the result is a true collaboration. You could see them in a way as the Lennon and McCartney of out-there electronica.

Though SIGN, with its thoughtful pacing and intricate structures, is a strong standalone album, Autechre are prolific and they have followed it almost immediately with a supplement; another whole album, this one entitled PLUS, which I’m still coming to grips with. SIGN, though, is an album I’ve lived with long enough now to be able to say I like it a lot. Does it still sound like music from the future? Right now, it sounds to me exactly like the present. 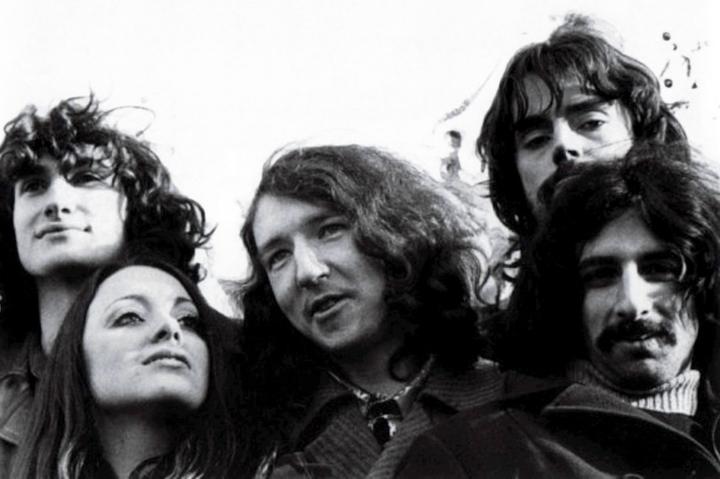 ‘All bands have a moment… if you’re lucky some of the moments last fifty years’. So writes David Costa, in the liner notes to this reissue of the entire recorded works - and then some - of a band called Trees. From 1969 to 1971 he was a member of that band, and that might have been their moment. Only the music they made has kept coming around again, and with increasing frequency. They were an English group, as you can undoubtedly tell, emerging in the era of Fairport Convention and Steeleye Span with the same essential idea: to use the rich tradition of English folksong as the basis for a modern electrified music. And in the best bits of the only two albums they ever made, they did that extremely well.

Celia Humphris has one of those true, clear voices that seemed to be a prerequisite for English folk rock bands in the 60s, and was studying acting in London when she was recruited to a group that already consisted of guitarists, David Costa and Barry Clark, bass player and keyboardist Bias Boshell, and drummer Unwin Brown. Costa had been an acoustic player and a student of the great Martin Carthy, who was then embarking on his own electrified experiments with Steeleye Span. Clark, though, was as much a scholar of American West Coast psychedelia, and the combination of styles made for thrilling moments. If you want the definition of acid folk, this is surely it.

The old Irish ballad ‘She Moves Through The Fair’ was ubiquitous in the folk-rock scene of the time, but Trees take an almost Grateful Dead approach to it, and after Humphriss has sung her verses it spirals off into a cosmic jam.

They also had a good songwriter in bass player Bias Boshell. It’s an original of his that gave the title to the first of the group’s two albums, The Garden Of Jane Delawney, and the song sounds convincingly like something that might have turned up on a dusty manuscript in Cecil Sharp House. But on the second album his songs explore further the fusion of old and what was at the time quite new in songs like the vaguely prog-y ‘Fool’.

Though acid folk treasure hunters have been singing their praises for decades, they had an unexpected encounter with the wider world of pop in 2006 when one of their tracks ‘Geordie’ was sampled by producer Danger Mouse as the basis of the title track on Gnarls Barkley’s hit album St. Elsewhere.

Since then, Trees’ small body of work has been brought back into circulation in various forms, but the latest has to be definitive: a four-disc set incorporating both their albums in their entirety, plus an assortment of live performances and recordings from a partial reunion that took place just a couple of years ago. It makes an elegant memorial to a long moment.