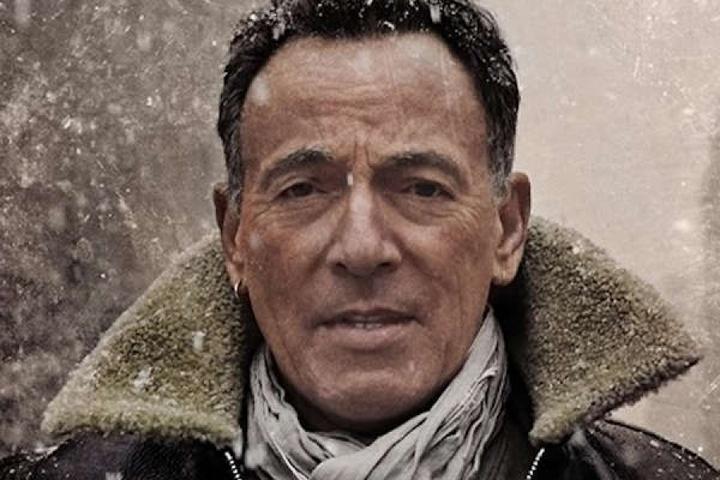 Letter To You by Bruce Springsteen

Take ‘Burnin’ Train’, from the new Springsteen album Letter To You. It’s almost a checklist of Springsteen motifs, from the chiming glockenspiel, peals of organ and whipcrack snare to the images of sin and redemption and a world on wheels. And you could pick just about any song off this album and be struck by that same sense of instant familiarity.

You could say, of course it sounds like Bruce Springsteen, why wouldn’t it? This is, after all, is the sound he put his brand on with that string of blockbuster hits between the mid-70s and mid-80s, and to some extent whenever he plugs in with the E-Street Band and opens his mouth this is simply what comes out. On the other hand, he has made conscious attempts to shake off that style at different times over the years, most recently with last year’s Western Stars, an album some found perplexing for its absence of Springsteen cliches. No heroic sax solos or 69 Chevys but a load of strings, pedal steel guitars and stories about stuntmen and Hollywood cowboys. It was a slow burner, quickly forgotten by most people, and yet it became more interesting to me with each listen and I find I’ve gone back to it surprisingly often. But Springsteen knows that it isn’t albums like Western Stars that made him the star he is, and Letter To You feels in some ways like he’s making amends for those other indulgences.

There’s ‘House Of A Thousand Guitars’. As an unkinder critic than me commented, a thousand guitars is, if truth be told, probably too many. But Springsteen’s belief in rock’n’roll is that big; it’s the one thing, after all, that saved from him from a life of New Jersey drudgery, and to convey the scale of that belief requires big images, so when he turns to religion as a metaphor in ‘The Power Of Prayer’ it seems not so much appropriate as inevitable. This is Springsteen’s communion, reminding us how intrinsic that connection between performer and audience is.

But there’s a more personal theme running through this album too. Last year saw the death of yet another member of Springsteen’s first band, The Castilles, leaving him the only one of that lineup still alive. And in ‘Last Man Standing’ he addresses that fact in the plainest terms.

The question of age and the passage of time - Springsteen is after all now 71 - run right through the record, from the opener ‘One Minute You’re Here’ to the closer ‘I’ll See You In My Dreams’, which borrows a line and a wisp of melody from The Weavers to acknowledge the ways we remember the departed.

But there’s another small group of songs that break away from the theme. ‘If I Were The Priest’ is a song I’ve heard before in a demo form; though never properly released, it was apparently one of the songs Springsteen used to audition for Columbia records nearly fifty years ago. With Jesus as a Dodge City sheriff and Mary handing out balloons, it’s surreal, confusing and clearly the work of a younger songwriter, one who is still in the thrall of Blonde On Blonde. But in a way it expresses that original passion for the music in a more innocent way than his more crafted, self-conscious recent songs. And there are a couple of other early ones exhumed here too, which have the same effect. In the end I don’t think Letter To You is destined to be one of Bruce Springsteen’s classic albums, but it is full of classic Springsteen. 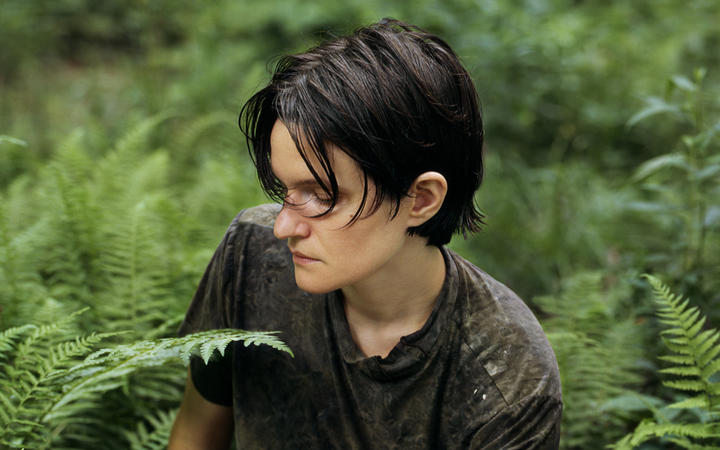 Last year Big Thief, the American band fronted by singer and songwriter Adrianne Lenker, were on a hot streak, releasing two albums in a matter of months, and I was looking forward to seeing them here in May. Of course, Covid intervened and rather than touring the world, Lenker was by then sequestered in a cabin somewhere in the woods of western Massachusetts, and recording this.

Though she wasn’t expecting to be either writing or recording during this time, but rather rocking out on stages around the world with her excellent band, it’s not surprising that she wound up making new music; it’s just what this prolific musician does, and with time on her hands she evidently did a lot of it.

Of the two records that emerged from Lenker’s lockdown, the one that will inevitably generate the most listening goes by the prosaic title Songs, which is exactly what it is: eleven perfectly formed new compositions in which Lenker distills some of the things she’s been contemplating in her solitude. Among those things, cycles of life loom large. ‘Everything eats and is eaten’ she sings in that one. But she’s also singing about the cyclic nature of relationships.

Though the album was recorded right where the songs were written, in that cabin near the Berkshires, it’s no dictaphone demo or home-made lo-fi job. Part of the reason she was so prolific during her lockdown was that she had found the cabin had special acoustics - the reverberations from the wooden walls made her feel, she says, as though she were inside her guitar -  and working with friend and engineer Phil Weinrobe she set out to capture that feeling on record. And tracks like these certainly surround you with a kind of woody warmth.

Of course, not having been designed as a studio, the cabin doesn’t seem to have offered much in the way of soundproofing, but Lenker and Weinrobe have turned that to their advantage, making the sounds of birds and rain into part of the music. In the most extreme example, they must have given the downpour that runs through ‘Come’ it’s own microphone.

Inevitably, once Lenker sings, the focus is thrown on her voice and lyrics, but she’s also a tremendous guitarist, and another thing that makes this record a real production, in spite of its low-key-ness, is the way she has frequently multi-tracked not just her voice but also her guitar, artfully weaving together multiple parts, playing duets with herself.

And if you’re really into Lenker’s guitar playing, there’s the other album she just released. A companion to Songs, it is called Instrumentals. While her playing displays all the deftness of a William Tyler or Ryley Walker, she mostly hovers in a more ambient zone. There are just two tracks on Instrumentals; ‘Music for indigo’, which picks up about fifteen minutes into the track. and another she calls ‘Mostly Chimes’, which mostly is.

Lenker seems to habitually think in terms of pairs; there were the two albums last year, one of them in fact called Two Hands. There are the the themes of partnership and motherhood that run through her latest songs. And you could hear Instrumentals as the ying to Songs’ yang. But there’s no question that Songs is the enduring one of these two albums. It’s a spectacular record and I’ll be returning to it a lot. 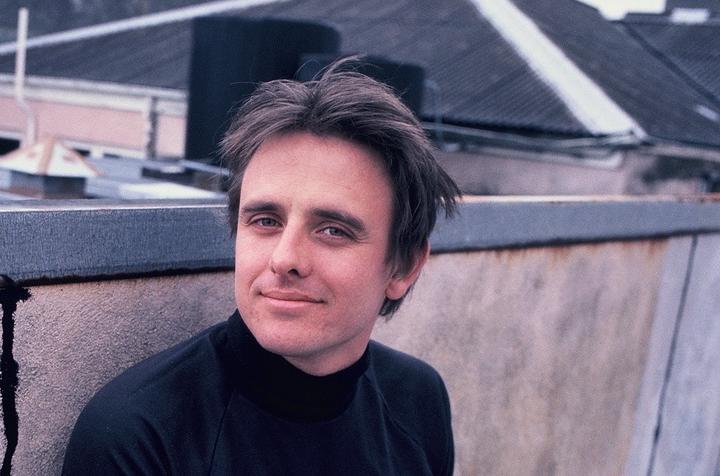 It was ten years ago last month that this country lost one of its most vital and creative musical forces. Ian Morris was responsible for so much that was iconic in New Zealand music. But there was a whole lot more including some that, until just now, has gone unheard.

Ian Morris’s legacy extends from the drum sound of Hello Sailor’s ‘Gutter Black’ - which he recorded and, with his technical wizardry, turned into the thunderous hook that it remains - to the guitar riffs of countless songs by th’ Dudes, the band he and Dave Dobbyn formed while still at school. If he was less visible after his late 80s chart stint as Tex Pistol, he was no less active. He just happened to be one of those musicians who, while a natural and charismatic performer, had no particular craving to get out in front of people. He was happiest in the studio, and much of the music he made there was at the service of others, whether it was producing hits like Southside of Bombay’s ‘What’s the Time Mr Wolf?’ or the countless television and radio jingles by which he earned his crust. But the songs he wrote and recorded in his down time are quite different from any of that. You could say it’s where his real soul resided.

A and B the C of D is a complete album of original music that Morris left behind, and which his family have just released. And it reminds me once again just how vast this guy’s talents were.

There’s quite a variety, from robust rockers to wistful pop; from heroic riffs to the McCartney-esque ‘Maude’, an ode to one of his two daughters.

There are other things he liked that aren’t really touched on here. For a couple of years in the early 90s I played alongside him in a country band called Big Fiddle, and I can attest that he played an amazing twanging Telecaster too. But whatever he did, it was all filtered through his own quietly assertive sense of what was good and what was bad. I remember when the band started, Ian agreed to join on the condition we wouldn’t play any ‘naff’ songs. Of course, Ian was the arbiter of what was naff and what wasn’t. And of course there’s nothing naff here.

One thing I was reminded of listening to this collection is, despite his wide influences, how English his music was. And again, that was a reflection of himself. His family had emigrated to New Zealand in 1966, when he was 9; old enough to have already been thoroughly Beatle-damaged. But everything here has a sort of English accent, even the bluesy ‘Good News’.

The title A and B the C of D is a Morris-ism, shorthand for ‘above and beyond the call of duty’. And that surely applies to the efforts of Ian’s family that have brought this album to light. The process must have been an emotional one; there’s a lot of personal stuff stitched into these deeply musical tracks, and I’m just thankful for their generosity in sharing it.