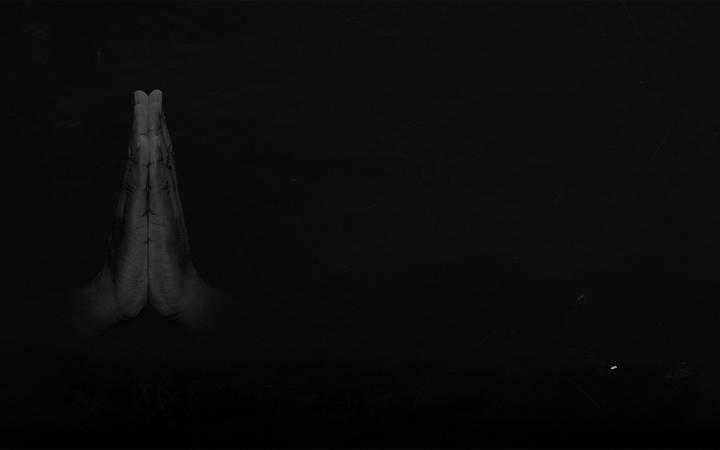 Back in June, as rage over the murder of George Floyd spread across America and around the world, a record came out that seemed to express the moment more vividly than anything else. It came out of Britain and was the third album in eighteen months credited to Sault - SAULT - a group or producer or collective, it was hard to tell; details were deliberately vague, which left one to focus more fully on the music - and that made its point powerfully.

The album had two titles - (Untitled) and Black Is, the second of which seemed to speak to the way the music ranged freely across decades and continents of black tradition, from New York disco to African dance, while voices - most of them unidentified - had the urgency of protest chants. In spite of Sault’s anonymity and the lack of a backstory to latch onto, the record connected for two essential reasons. One: it couldn’t have been more on point, and, two: musically, it was so good. If ever there was a record to dance to while smashing the state it was this one.

Even less expected was when last month, just twelve weeks or so after Black Is, Sault released yet another album. And it is just as good.

The new album has, again, two titles: (Untitled) and Rise and you can hear it as both a coda and a sequel to its predecessor. Even more than Black Is, it is a dance album, and the beats are compelling from go to whoah, as they slide between classic funk and other even more exuberant styles like Brazilian batucada. And again the words carry a message that is positive and defiant.

Talk about dancing with tears in your eyes; even as dancing brings the singer of ‘I Just Want To Dance’ to life, they can’t help but think about another life lost. I’m not sure who the singers are; their identities remain as shadowy as most of the credits surrounding Sault. But I love the voices, which have a kind of youthful, street-corner vibe that reminds me of early female Motown groups like the Marvelettes and the Vandellas.

I also hear traces of Motown in the music, from the basslines through to shimmering string lines that might have escaped from an early 70s Temptations record. Streamlined club beats alternate with something far more polyrhythmic and festive and the effect is like being in a nightclub where the walls have dissolved and you’ve found yourself suddenly in the middle of a street carnival.

Though the subject matter has its roots in present-day America, and the influence of African-American soul runs right through it, it’s not an American record, nor does it really sound like one. At times I’m reminded of Soul II Soul, and the way that earlier London collective came up with their own version of dancefloor R&B in the 80s and 90s.

It’s more of a collage than it initially seems, with elements flown in from often quite disparate sources, and yet the whole thing flows with the seamless beauty of the best kind of deejay set, connected by recurring motifs: the street-chant voices, the beautiful sweeping strings.

It’s hard to imagine an American producer, given the same ingredients, coming up with anything quite like this. Which raises the question, who is the producer here? One name that has been mentioned in connection with Sault is Inflo, the production alias of Dean Wynton Josiah, who has worked in the past with Michael Kiwanuka, who was one of the few recognisable voices on Black Is. Though there are obviously a number of contributors, the integrity of the whole thing suggests an individual guiding intelligence. But whoever this Banksy of R&B might be, they know what they’re doing.

This year’s two Sault albums are both well worth hearing. Angry and urgent, jubilant and uplifting. It is dance music, absolutely, and yet you couldn’t say the beats matter more than the message. Rather, it’s a rare example of the two being in perfect step. 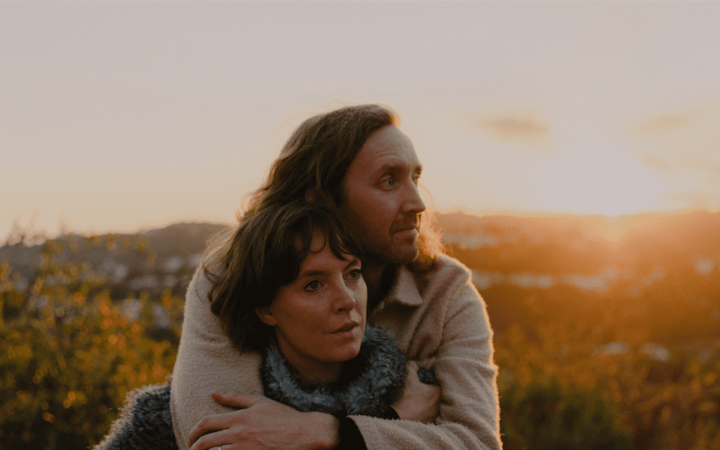 I first heard singer Amelia Meath as part of the neo-Appalachian trio Mountain Man, who played here a decade or so back with fellow North American Feist, but she’s as comfortable in a synthetic environment as she is in an old-time analogue one, as I discovered when I heard Sylvan Esso. They are a duo comprised of Meath and electronic producer Nick Sanborn, and now that they have made three albums of the stuff I’m getting to really like it.

Meath is the type of singer who always seems to be sharing confidences, even if you don’t quite know what she’s singing about. It’s a voice that is made for the intimacy of folk, which is why it’s surprising to hear it in this electronic setting, cutting through the zeros and ones while retaining those intimate qualities. Partly that’s because, unlike a lot of synth-based music, Sylvan Esso leave heaps of space; at times the relationship between voice and keyboard is not that different from the relationship between voice and acoustic guitar in Mountain Man. And yet when the beats kick in and synths bubble up it can build into something big and full.

There are also times when Meath applies the synthesiser to her voice, and then we really are moving away from the folk realm, though perhaps not folk subject matter. Folk music has a longstanding preoccupation with trains and Sylvan Esso, as it happens, have a train song of their own.

‘Playful’ is a word that springs to my mind listening to Sylvan Esso. It is refreshingly angst-free and at times quite poppy; not in a blockbuster pop kind of way, but one that delivers hooks and choruses you might find yourself singing along to, almost without trying. The playground kids in the background on ‘Rooftop Dancing' seem to be.

Free Love is their third album, and in some ways their most relaxed, as though after Meath’s initial jump from folk into electronic pop she and Sanborn have now found a happy place between the two worlds. There are even odd little warm-ups and off-mic asides, usually at the start of a track, but occasionally in the middle; the sort of things you would be more likely to find on a folk record or field recording, though never in consort with beats like these. 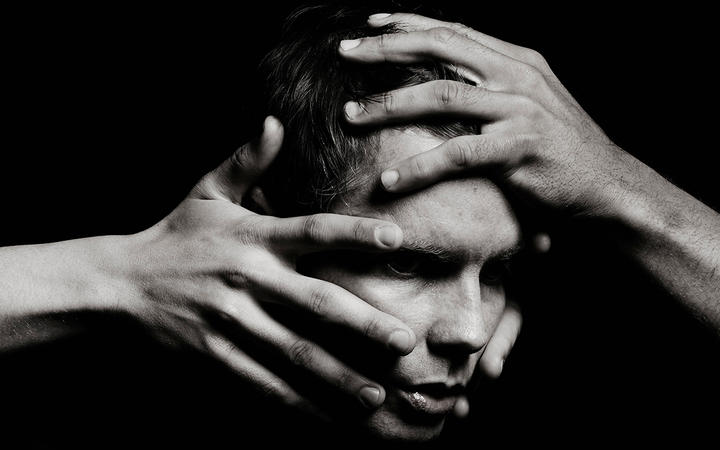 The term post-rock was first used some time in the 90s, to describe a new breed of band that, while essentially using the traditional hardware of rock - guitars, drums and all that - fashioned a music that threw out the old rulebook; that was more concerned with texture and ambience than hooks, riffs and guitar solos. The Icelandic band Sigur Ros might have been the epitome of the post-rock band. But what lies beyond post-rock?

For the past quarter century Jonsi Birgisson has been the singer-guitarist of Sigur Ros but gradually, over the past decade, turning into a solo artist. He’s just released his second solo album, and coming ten whole years after his first you could almost hear it as a brand new beginning, but not quite. Certain things are immediately recognisable. There’s his freakishly beautiful voice, for a start; a pure plaintive tenor that becomes almost unearthly when it rises to falsetto, which is something he has used as a dynamic device since the earliest days of his old band. There’s the glacial tempo, always a Sigur Ros trademark. And there’s the texture of the whole thing: those long, sustained, slightly distressed chords played on who-knows-what. Perhaps the only thing that might make this particular track post-post-rock is the apparent absence of anything identifiable as guitars or drums at all. The song’s called ‘Hold’ and it’s lovely, if perhaps one of the more conventional tracks on Shiver, Jonsi’s new album. In Sigur Ros he would sing in a variety of languages, including Icelandic and an invented dialect of his own he called Hopelandish. But you’ll notice he’s singing here on the title track in English, and indeed he does for most of this album.

On the title track his voice is surrounded by what might be a thousands of tiny particles of sound, each one as deliberately placed as brush marks in a pointillist painting. If anything, it is more detailed than Sigur Ros, whose intricate arrangements were always, at their core, the work of a live band. This, on the other hand, feels like music built in a studio, piece by piece.

Though Jonsi didn’t make Shiver with a band, it was a collaboration. Having written and sketched out the songs in demo form as long ago as 2015, he got together at some point with the English producer and founder of the PC Music label, A.G. Cook, probably best known by now for his work with electro-pop star Charli XCX. Cook is known for his sonically dense, somewhat mechanised productions and and while Jonsi brings a rather different sensibility than Charli XCX, Shiver is not without its electropop moments, particularly when he pairs up with Swedish electropop star Robyn for what can only be described as a banger.

Another real difference is where Jonsi’s voice sits in this solo environment. I’ve never heard him pushing it quite as much as he does here, while his lyrics - which have always tended to be vague, atmospheric and sometimes not even lyrics at all - are far more clear and specific, whether in a borderline bombastic track like ‘Wildeye’ or a spare piano ballad like ‘Grenade’.

Jonsi is doing what he’s always been good at, and yet he’s never done it quite like he does on this album before. Though you might expect a solo project to be more introverted, self-indulgent, than the work of a band, Shiver is almost the opposite. It’s the work of an artist reaching out.