Nick Bollinger discusses a new benchmark for veteran Wellington band The Phoenix Foundation; the welcome - if overdue - return of Dead Famous People, and the magnificent miserablism of Richard and Linda Thompson. 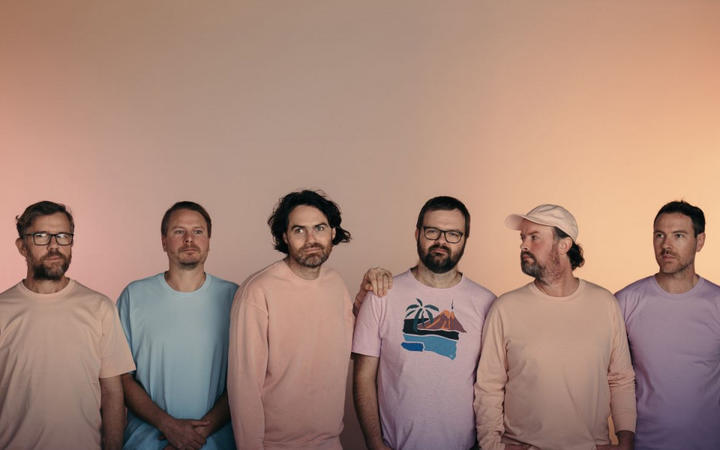 Friend Ship by The Phoenix Foundation

How many bands set out full of ambitions, hopes and possibilities, only to wind up in day jobs, regrets and disappointments? Almost all, truth be told. It was this reality that The Phoenix Foundation acknowledged when they named their last album Give Up Your Dreams. And over the five years since, I feared at times that they actually had. But their new album proves otherwise. In fact, it makes the best argument for sticking together I’ve heard in a long, long time.

Friend Ship is the seventh album this Wellington band has made in a career that dates back to the mid-90s when founders Sam Scott, Luke Buda and Con Wedde first played together at high school, and has continued unbroken for the quarter-century since, with the current six-piece lineup gradually coalescing around that original core. That endurance is something very few bands achieve, and it’s in part a testimony to how good they are.

But it has also enabled them to do something even fewer bands get to do, which is to really develop. And Friend Ship has a sophistication - in its songs, its arrangements, its performance, and its production - that can only come from having grown together in the way The Phoenix Foundation have. There’s much to be said for youthful energy and raw new ideas. But basically, you have to have been doing it for as long as these guys to make a record like this.

If opening track ‘Guru’, with its signature guitar riffs and classic Sam Scott rhyme-play, lulls you into thinking that this is going to be just a pleasant recycling of familiar Phoenix tropes, ‘Miserable Meal’ instantly changes the picture. With the New Zealand Symphony Orchestra providing reinforcement, it’s a lush 60s-style pop ballad in the tradition of Jimmy Webb, the Walker Brothers, or Burt Bacharach, and the perfect vehicle for a Luke Buda lyric that delicately hovers between self-mockery and pathos. These two opening songs are so different yet so palpably the work of the same band that the album could really go anywhere from here, and it pretty well does. Disco anyone? Well, of course.

I see white flares and wide collars as I listen to ‘Landline’, a lament for human connection in a screen-obsessed world. And once again, music and lyric work hand-in-hand; the retro groove complementing the old-tech image of the landline. Like a lot of these songs, it’s funny-sad.

These three very different tracks define the record’s outer limits, and there is a more cohesive group of songs that make up its core, those these too have their individual features. Several include cameos by guest musicians, and for the first time I can think of in the history of this bunch of blokes, female ones. There’s ‘Hounds Of Hell’, a gorgeous duet between Sam Scott and Nadia Reid. And two songs feature the exquisite harmonies of Tiny Ruins’ Holly Fullbrook.

The settings for a lot of these songs are domestic and mundane. ‘Decision Dollars’, which might be the most evocative song ever written about a hangover, is groaned from a bedroom floor, while at least two others take place in kitchens, which turn out to be perfectly valid places for thoughts about love and transcendence, as Sam Scott shows us in ‘Transit Of Venus’.

Suspended in synthesiser space,‘Tranquility’ contains a line about the age of anxiety that almost became the album’s title. It’s certainly one of its themes. As they sing in another song, ‘It ain’t easy to find your way’. But instead they called this happy-sad, sweet-and-sour, sinking-soaring album Friend Ship, a far more positive title that speaks to the ultimate reason for this band’s longevity. It’s friendship that has held it together for more than twenty years, and I hear it in their music; the way each one plays just what’s needed to support the group endeavour. It’s a friendship Luke Buda alludes to in another of his songs here, ‘Former Glory’. It’s an immigrant’s song, and as far as I can tell entirely autobiographical, in which he describes the dislocation of coming as a ten year old from Poland to New Zealand. It’s also a ‘saved by rock’n’roll’ song, not the first, but a great one in a noble tradition. And it culminates in the lines, ‘I started a band with my best friends/and it was this band’. 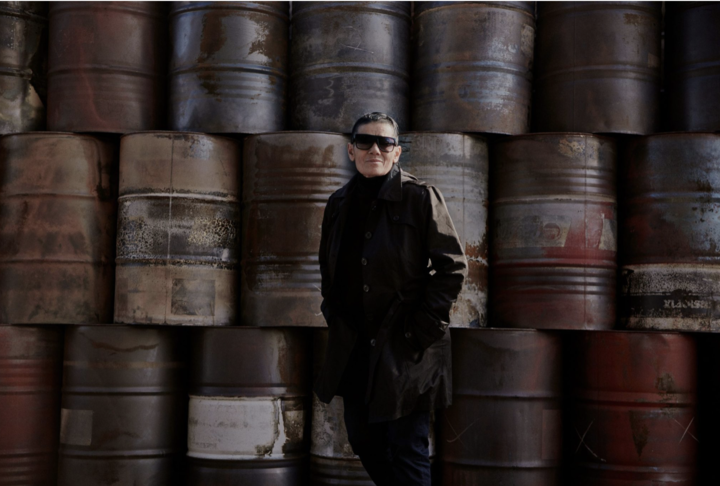 When this album turned up unexpectedly a few weeks ago it brought waves of nostalgia, even though I’d never heard it before.

there are several reasons for that. Firstly, it’s been a while since I’ve heard or even thought about Dead Famous People. I’d first come across them when the Flying Nun label was in its mid-80s glory, and new bits of vinyl by interesting and unusual New Zealand bands seemed to be popping up every other week, and one of my favourites was an EP by this then-Auckland-based band. The songs were melodic and charming but with attitude and an edge. Soon after that they took off for London and, in those pre-internet days, disappeared entirely off my radar. I had no way of knowing that their founder and singer Dons Savage had sung on an early St Etienne record, or that her band had been signed to Billy Bragg’s label and were playing around London three nights a week. The first hint that they hadn’t fallen off the planet altogether was when they turned up alongside REM, Nick Cave, The Pixies and others on I’m Your Fan, the excellent 1991 Leonard Cohen tribute album. After that, a further decade’s silence before the release of Secret Girls Business, billed as ‘a retrospective compilation’, though the songs were mostly new to me. I remember talking to Dons around the time of its release and she assured me the group’s first proper album would be coming soon. And now, eighteen years later, here it is.

After all this time it is still very recognisably the same band I first heard on that Flying Nun EP, which essentially comes down to Dons Savage’s songs and singing, as she remains the sole member of that original group. She has a pure pop sense; simple tunes, simple chords, yet manages to weave something out of those tried and true materials that didn’t exist before. When she rhapsodises about girls, clothes and motorbikes (‘Groovy Girl’)she achieves the almost cartoon-like immediacy of early Beach Boys - with some pretty harmonies to boot.

But more often her songs have a bittersweetness about them, and a heavenly pop melody like ‘Looking At Girls’ just adds to poignancy to a lyric that is as melancholy as it is romantic.

Another thing that evokes instant nostalgia listening to this is just the sound here: something about the organ and the reverb teleports me straight to the late 80s, when records like The Chills’ ‘Heavenly Pop Hit’ were made. And what do you know, Dons Savage happened to sing on that record. But if ‘Looking At Girls’ might have been hovering in the ether for thirty years waiting for the moment to drop, there are other songs here that do acknowledge the passage of time; in particular several that address loss and in some cases talk directly to the departed.

Back in the day, another all-female New Zealand group apparently described Dead Famous People as “scary as hell and always looking for a fight”, but Harry - in spite of a few slightly wicked lines - is more like the musical milk of human kindness. It is the album I always hoped I’d hear from this band. It just took a few decades longer than I expected. 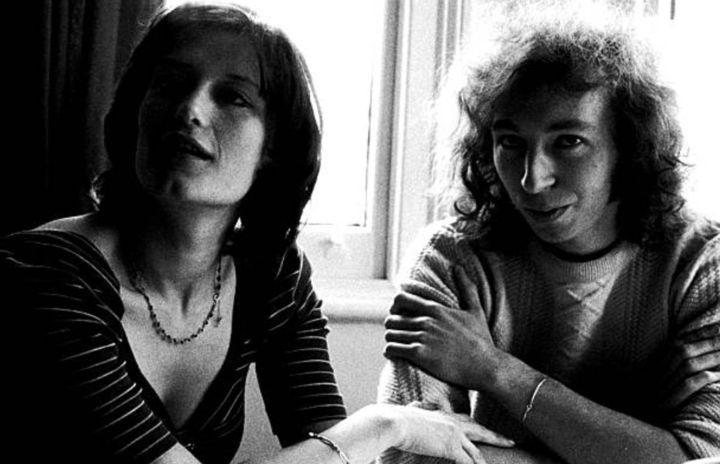 The singer and guitarist Richard Thompson has a career stretching back more than fifty years. He still make records and has a world-wide fan base devoted to his distinctively British guitar style and unflinchingly dark depictions of the human condition. But there are those who think that, however great he continues to be, he was never better than during the decade between the early 70s and early 80s when he was making records with his then-wife Linda.

Take Linda Thompson singing Richard’s ‘Dimming Of The Day’; a performance so gently powerful that when Linda was introduced to the Everly Brothers as ‘the Dimming of the Day lady’ the brothers immediately broke into harmony singing the song while one of them held Linda’s hand. It’s a terrific song, of course, and in this period Richard Thompson was writing some of his best. But it certainly helped that he had one of the great voices to sing them.

Proof that there’s a ongoing cult following for the Richard & Linda Thompson albums is the latest reissue of them as Hard Luck Stories: an 8-CD box set including all six albums they made together along with two live concerts and a pile of out-takes and alternative versions. And there are gems among that lot. One of Richard Thompson’s bleakest songs has to be ‘The End Of The Rainbow’, in which someone - a parent? a relative? a malicious soothsayer? - warns a newborn baby that there’s actually nothing worth living for. On the original record it was Richard who sang it, and that was bleak enough. But hearing it sung in Linda’s pristine tones it in this unreleased version is somehow even more terrifying.

So is Richard and Linda Thompson’s Hard Luck Stories just unrelenting misery? While this one isn’t exactly a happy song either, Linda has got to be enjoying herself sounding so good with the late Sandy Denny on an unreleased demo of ‘When Will I Be Loved?’, written by her own fans the Everly Brothers. Works for me anyway.