Nick Bollinger reviews dark reflections on modern America from Sufjian Stevens; a celebration of an old-time song-and-dance man from Joachim Cooder; and the hip-hop-from-another-planet of Sam Gendel. 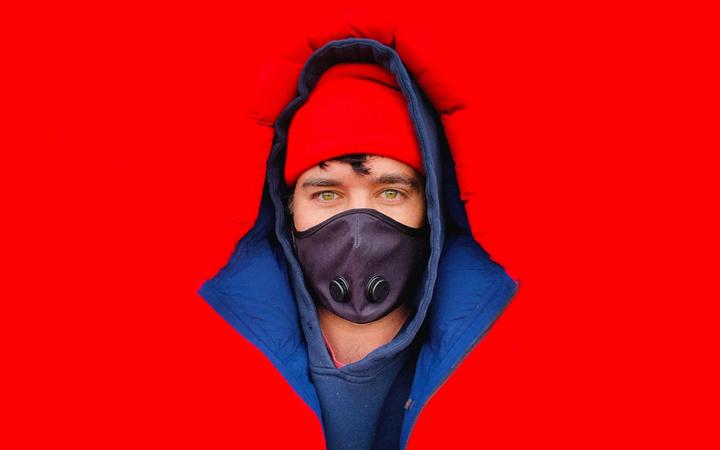 The Ascension by Sufjian Stevens

I’ll admit I was apprehensive about taking on the new album by Sufjian Stevens. It’s long: close to an hour and twenty minutes all up. And I could tell it wasn't going to be a light listen, having heard the advance single ‘America’, released on American Independence Day, in which he appears to be renouncing all the faith he’s ever had in anything: God, country, humanity, himself… the works. But as I have found before with this singular, obsessive, immersive American musician, there’s always a way in; it’s just a matter of finding it. And for me it came roughly half way through the record.

The song’s called ‘Landslide’ and in the midst of a set of songs that cleaves more consistently to despair than any Sufjian album before, he offers a glimmer of hope. In a world where, as he says, there is nowhere to run, where everything is slipping out of his hands, he reaches towards a lover and says ‘let’s take a walk in the circle of life’. But it’s not just the faint hopefulness of the lyric that feels like a reprieve. Musically, too, the track comes as a relief, with its sparse beats, soft chords - even a guitar solo. It’s tentative and beautiful and a moment which, by this point, The Ascension needs. Because up until now things have been dark and desperate, with songs that contemplate the singer’s own mortality.

At times, the dominance of electronics gives the record more of a pop feel than practically anything he’s done, and in a song like ‘Video Game' I’m reminded of Lana Del Rey  - and not just because the title closely resembles that of Del Ray’s big early hit.

Other times pop hooks take a backseat to ominous digi-scapes, like 'Death Star’ in which he contemplates not just his own mortality but that of the planet.

The glitchy, synth-y settings are inventive and put together with a composer’s attention to detail. But in combination with the bleak cast of the lyrics, they can at times sound like the embodiment of all the things that are conspiring to oppress him. In ‘Ativan’ he sings about depression and medication while his demons seem to swirl sonically all around him.

Sufjan sings a lot about himself. His feelings are usually at the centre of his songs, and when he sometimes reveals awkward personal details, that might be the penance he’s given himself, for being self-indulgent. But his songs are also usually set in a wider landscape, and from someone who has written whole albums around themes of American identity it’s not hard to guess what that landscape is. It’s a contemporary America, one that seems to be in the throes of social and cultural meltdown.

The other thread that has run through Sufjian’s work from the beginning, and returns here in a darker, far less unequivocal form, is Christianity. He has always identified as some sort of Christian, though I’m not sure what denomination; his very first album was titled, with obvious symbolism, A Sun Came. And he returns to examine his faith here, though it’s hard to tell how much it remains intact. The symbolism is back again in the penultimate song, ‘The Ascension’ which is also the album’s title. But this time, as he imagines his own death, he seems to be doubting his faith, “To think I was acting like a believer”, he sings, “when I was just angry and depressed”. It might be the bleakest moment in an album that’s already hardly overflowing with laughs.

And when he sings in the album’s epic concluding song ‘America’, ‘I’m ashamed to admit I no longer believe’, it’s impossible to know whether it’s America or God that he no longer believes in. It might be both.

The Ascension is a big, often bleak album. You couldn’t exactly call it a tonic for troubled times, but it’s a meditation on them. And Sufjian Stevens turned his meditations into an unsettling but satisfying marriage of sonics and song. 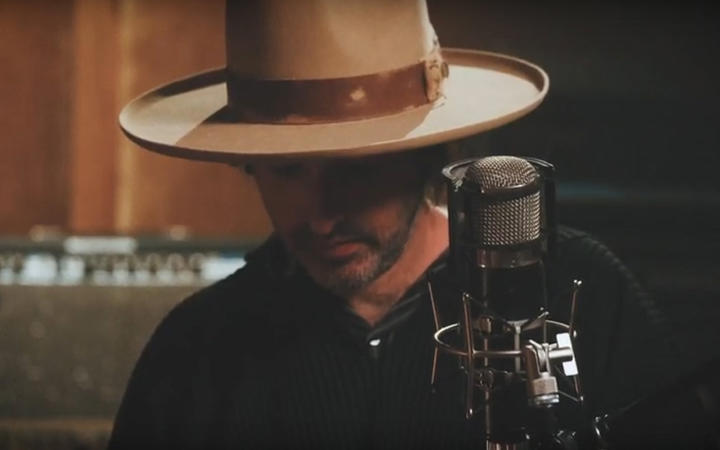 Over That Road I’m Bound: The Songs of Uncle Dave Macon by Joachim Cooder

If modern America is all a bit much for you, here’s someone who has cast his eye back to a much earlier period in that nation’s history.

Joachim Cooder is the son of guitarist Ry Cooder, and for many years now he’s performed with his father, usually as a drummer. But this album launches him as a singer and frontman in his own right. It takes some very old songs and sets them in a place that doesn’t seem so much modern as suspended in time.

Cooder accompanies himself of a mbira, an ancient African instrument, sometimes referred to as a thumb piano. I’ve seen simple ones in Trade Aid stores; basically blocks of wood with keys fashioned out of teaspoons. But Cooder seems to have a deluxe model; the Fender Stratocaster of thumb pianos, which spans several octaves, is fitted with magnetic pickups, and which he runs through an arrangement of effects pedals. And he’s taken a similarly old-meets-new approach to the recording, setting these woody, folksy songs in deep, hi-fi stereo space. With washes of fiddle and acoustic guitar, clip-clop percussion and the bell-like sound of the mbira, the title track is a bit like hearing an approaching Mr Whippy truck pulled by horses.

And who was Uncle Dave Macon? He was an American banjo player, singer, showman and comedian from Tennessee who began performing in the late 19th century and made his first recordings in the 1920s, by which time he was already well into his fifties. He wound up recordings some 170-odd songs and performed right up until his death in 1952, by which time he was a much-loved star of Nashville’s Grand Ol’ Opry. His recordings are like a window into a lost era of song. His repertoire combined worksongs, hymns, vaudevillian comedies, and even some blues. But they needn’t just be quaint artefacts of a bygone age, as Cooder proves here. You can rock out in the 21st century on an Uncle Dave tune, too.

As for the mbria, it’s a beautiful sound and it’s surprising how easily Cooder seems to translate these old banjo tunes to its metallic keys. Yet it perhaps makes a kind of historical sense. After all, the banjo too was originally an African instrument, and when Cooder adds further African elements, as he does in a kind of desert-blues arrangement like ‘Oh Lovin’ Babe’ - complete with Vieux Farka Toure on guitar - he might be singing this music back to its roots.

Over That Road I’m Bound is a lovely, life-affirming record. But although it might transport you to another time and place - which in present-day USA could be a very tempting offer - it doesn’t turn away from life’s sorrows and injustices. Rather, these old-timey songs remind us how universal those sorrows are, and at the same time provide a measure of comfort. 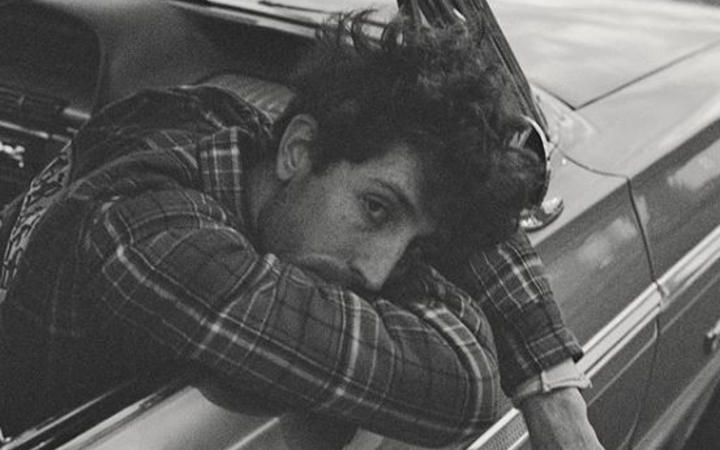 Sam Gendel actually plays bass on a couple of tunes on the Joachim Cooder album, but he is better known as a saxophone player. To complicate things, though, you’ll find little on his latest album that could be easily identified as a saxophone. Recorded completely solo over a period of just sixteen hours, it is a collection of spontaneous compositions using an early drum machine, vintage synthesisers, a treated guitar and assorted mutterings that don’t necessarily add up to lyrics. Gendel himself has said he imagines this album “as if someone many years into the future listened to the popular music of today and then tried to recreate it, without any of the tools or the understanding.”

Another way of thinking of it might be as hip-hop from another planet. Gendel’s music uses a lot of the same sonic elements you might hear in a current pop or hip-hop record, only they seem to have been rearranged in no familiar order: vocals that don’t quite form melodies or even recognisable word patterns; beats that stumble and stutter while chords fall into peculiar shapes. It’s all playfully disruptive.

There’s one tune you might recognise: Lil Nas X’s ‘Old Town Road’ was probably the most played song in the world last year, and it clearly didn’t escape the ears of Sam Gendel, who has given it his own deconstructed treatment here.

It’s a fleeting moment of the familiar in an album that more often makes you wonder where on earth you are - if it is, in fact, Earth.