Nick Bollinger discusses the power of refusal in the music of Lincolnshire's Billy Nomates; the visceral post-rock of Auckland's Wax Chattels; and a motherlode of previously unreleased Prince. 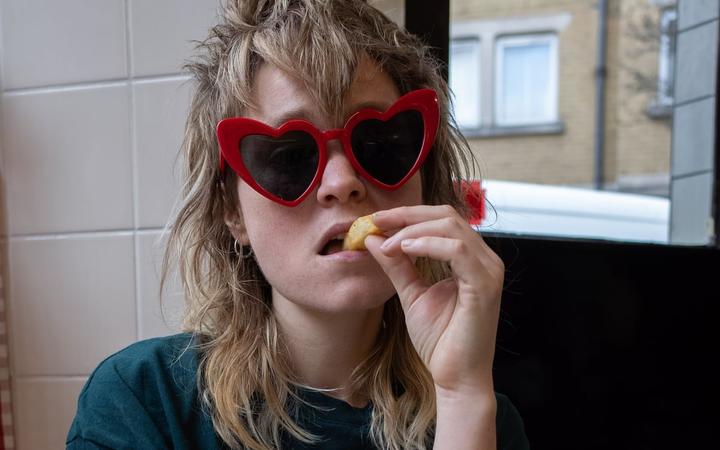 There has been enough said about the power of positive thinking. Expressing the negative can be powerful too; and here’s an artist who does just that.

Billy Nomates comes from Leicestershire in the English Midlands, is currently based in Bristol and played in what she describes with derision as a mathematical folk band before reinventing herself under her current alias.

It’s a funny and fitting name for an artist who has made a conscious decision to go it alone, and whose attitude skews towards refusal. ‘No’ is an important word for Billy, or Tor Maries as she was formerly known. In her song of that name, she lists a whole lot of things that, as a woman, she declines to do. It’s a strong track, stripped-down and driving, and a good entry point to her debut album.

But that’s not all she’s saying no to. ‘Hug a tree for me’ she sings in ‘Hippy Elite’, mocking privileged liberals for their high and holy stance on planet-saving. She cares about the planet too, but her anger is class-based, and as she makes apparent in the song, people on her social rung have other things to worry about as well. It’s not just in her smart cynicism that she reminds me of that brilliant punk-tronic duo Sleaford Mods.

She also shares with them a sonic aesthetic. Driven by a bass and a drum machine, there’s a stark, utilitarian quality about this record; a kind of bedsit punk. Yet there’s a real musicality about it too, and I’m also reminded at times of that 70s minimalist dance group ESG. The moods are shaped by attractive chord changes, usually played on keyboard, while her urban-realist sketches can unexpectedly blossom into rich melodic choruses.

Tor Maries has plenty of other places, musically and narratively, that she might take her Billy Nomates invention in the future and I’m looking forward to hearing what those are. She’s also, apparently, an accomplished fiddle player. In the meantime, though, she’s made one of the smartest and least compromising pop records of the year so far. 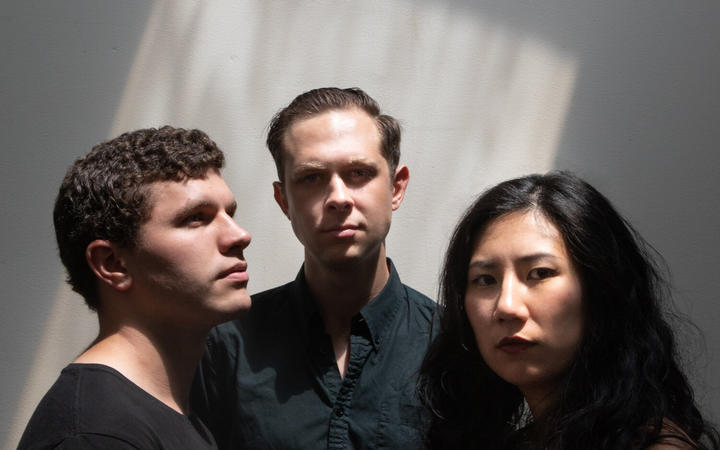 There are different ways music can be used to address the ills of the modern world, and perhaps the most direct way is to make you feel those ills - physically.

The second album by this Auckland trio came out at the end of last month on Flying Nun. It’s visceral stuff; rattles your guts, shatters your nerves and can practically pin you to the wall with its sheer sonic force if you turn it up loud enough. You certainly get a sense of discomfort and alienation before you even isolate the lyrics. And when you do, the message behind the music is pretty much reinforced.

In ‘Cede’ Amanda Cheng, who must have the meanest bass sound in the country, throws out lines in English about lies, censorship and labour camps, interspersed with lyrics in Hokkien, which suggests the song might be inspired by the current political situation in Hong Kong.

At other times, words and music almost fight against each other. On the album’s opening song, ‘Glue’, drummer/singer Peter Ruddell offers therapeutic advice - ‘just relax’ - which seems to run counter to the jarring, fractured groove; well, groove might be the wrong word, but the parts lock together with impressively machine-like synchronisation.

How does one categorise Wax Chattels? You could call them post-rock in that their line-up has no guitars, unless you count Cheng’s bass which really has a function all of its own. What fills the places you might normally find guitars are those monstrous slabs of sound, sourced from God-knows-where by Peter Ruddell and variously manipulated via his keyboards into the shapes you hear in songs like these. Completing the triangulation is drummer Tom Leggett, whose drum parts are simply unlike anyone else’s. If you heard one of his drum tracks on its own you could never mistake it for another song. Each one is unique to the particular composition. And he delivers them with thundering precision.

Clot is a big, urgent response of an album that just about sets fire to your stereo. And yet even this doesn’t quite replicate the experience of seeing this band live, where the sounds are so intense they almost take on a physical form, and where watching the three musicians shape their sonic sculptures in real time adds another whole dimension that even a good recording can’t reproduce. And somewhere in the darkness you might even catch the occasional glint of a smile. 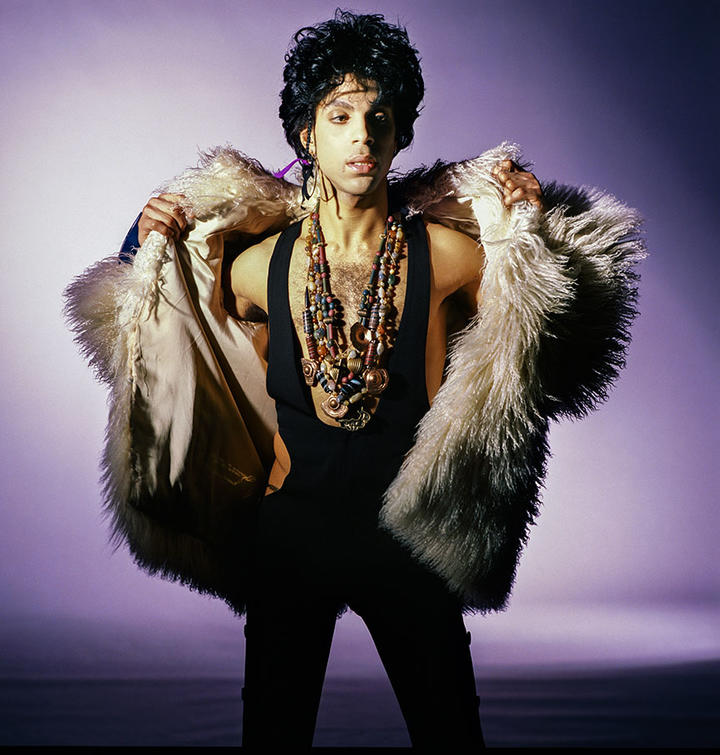 The unreleased recordings of Prince have long been the stuff of legend. I remember years ago hearing that his Paisley Park vault contained anywhere between 500 and a thousand unheard Prince songs; that it was so stuffed with tapes they couldn’t get the door to shut. After the artist’s death just over four years ago, there was speculation about what the fate of those tapes might be, but they seem to have fallen into good hands, if the latest archival release is anything to go by.

It’s the third major repackaging of a Prince classic since his death in 2016; like the other two, which revisited Purple Rain and 1999 respectively, it’s been overseen by official Prince archivist Michael Howe, and it’s been very well done. These reissues seem to be getting bigger: Purple Rain, originally a single album, returned as a four-disc set; 1999, once a double, became six, and now we have Sign O’ The Times as a nine-disc box, if you count the DVD of a live concert from the period. But they certainly weren’t scratching to find material to fill it with. As it was, the original double Sign O’ The Times was compiled from recordings made for at least three separate and never-released albums, all made in a feverish period during which Prince disbanded his longstanding band The Revolution, collaborated with and wrote material for other artists, and experimented with entirely solo recordings, and examples of all of these can be found here. You’ll find, for instance, ‘Can I Play With U?’, his long-rumoured collaboration with Miles Davis.

Sign O’ The Times in fact marked the end of Prince’s long collaboration with the musicians who comprised The Revolution, in particular the duo-within-the-band of Wendy Melvoin and Lisa Coleman. And listening here to some of there last things Prince worked on with the pair, I’m reminded of just how good they were for him and how, after the split, however great he frequently was, there was something he never recaptured. There’s an unreleased song here called ‘A Place In Heaven’ that’s a quiet standout; an extraordinary tune that is a reminder of just what a great melodist he could be. It appears in several versions, but my favourite at the moment is the one where he hands over the vocal to Lisa Coleman.

He seemed to have the history of American music at his fingertips and would free-range across it. In a brief and brilliant explosion of a tune called ‘It Ain’t Over Til the Fat Lady Sings’ he reminds me of Duke Ellington one moment and Frank Zappa the next.

Of there three main projects that would eventually fold into Sign O’ The Times, the weirdest one was an album called simply Camille, for which Prince sped up his voice to create a whole new persona, that of a gender-fluid character called Camille. The Camille album was never released, but it explains to me now both the vocal sound and subject matter of songs on Sign O’ The Times like ‘Strange Relationship’ and ‘If I Was Your Girlfriend’. And it explains a fresh curiosity like ‘Rebirth Of The Flesh’.

In this too-brief review I’ve focussed only on the stuff I hadn’t heard before, but of course it’s the original Sign O’ The Times, remastered, that forms the centrepiece of this package, and that still sounds great. And yet in some ways, that original album makes even more sense, hearing it scaffolded by these out-takes. I used to think of Sign O’ The Times as Prince’s answer to The Beatles’ White Album or Stevie Wonder’s Songs In The Key Of Life; albums that similarly showed a brilliant eclecticism. Listening to this deluxe edition, it almost seems as though that eclecticism was accidental, and that if Warners hadn’t balked at the idea, there might have been three or more different albums from this period, each held together by its own style and vision. Who knows whether that would have been any better than the album that emerged. What’s for sure, is that this carefully curated look at Prince’s total output during that time just confirms what an absolute musical phenomenon he was.