Nick Bollinger discusses an album of memories and ghosts from Troy Kingi; an unearthed slice of 1981 post-punk from Auckland band the Techtones; and David Long's colourful soundtrack for television series The Luminaries. 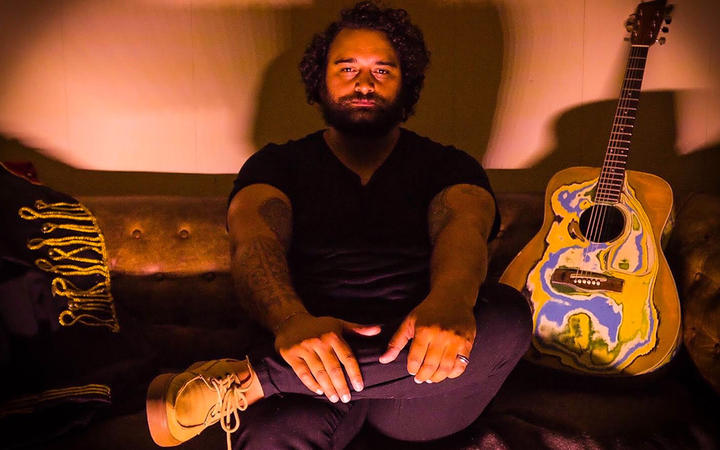 The Ghost of Freddie Cesar by Troy Kingi

Troy Kingi is a high-concept guy. His whole recording career has been driven by a concept, and it’s been well publicised: to make an album a year for ten years, each in a different genre. But every one of those albums has its own concept too, whether it’s the sci-fi storyline of the funky Shake That Skinny Ass All The Way To Zygertron, or the commentary on contemporary colonialism that runs through the roots reggae of Holy Colony Burning Acres. Now he’s released his fourth album, and some ways it’s his boldest concept so far.

The musical concept is established with the opening track, which transports us straight to early 70s urban America, and the brassy funk that was coming out at the time from people like Curtis Mayfield, Baby Huey and War. And that’s pretty much the mode Troy stays in for this set.

But the music also provides a location for the narrative concept, and that’s where things get really interesting. The way Troy tells it, it all began with the disappearance of his biological father while driving between Rotorua and Auckland in 2005. Some time later, going through the missing father’s belongings, he found an old cassette tape bearing the handwritten name Freddie Cesar and a list of song titles, some of which Troy remembered from his childhood. As what he called ‘a form of therapy’ he began transcribing the words of the songs, then put the whole thing aside. He subsequently lost the tape but found the transcriptions, and it was from these that he began reconstructing - mostly from memory - the music on the mysterious cassette. There’s a riddle wrapped in a mystery inside an enigma there: where did the father go? Where did the tape originally come from? What did the music actually sound like? And who was Freddie Cesar? A documentary about the making of this album, due out later this month, will hopefully shed some more light on these questions. In the meantime, that great tool of serious researchers, the internet, provides few clues, if any. Google the name and you get a management institute on the Malabar coast, and recipes for Freddie’s Caesar Salad. Which means we have to trust Troy Kingi’s memory on this. And reliable or not, he does seem to have conjured a plausible lost 70s classic. Like Curtis Mayfield’s Superfly soundtrack, but even more his great Back To The World album, the lyrics provide fragments of a story. The protagonist is a Vietnam veteran, not long back from the war, and wrestling with the inevitable demons: alcohol, drugs, trauma, paranoia and trying to figure out where he now belongs in the world.

Memories and ghosts might seem like intangible things to make an album out of, and yet The Ghost Of Freddie Cesar is a remarkably full-blooded work. I’d love to know how this record compares to the one Troy Kingi remembers from the cassette, if there ever really was one. He set out chasing a ghost, or perhaps several; he brought back as powerful a record as he has ever made. 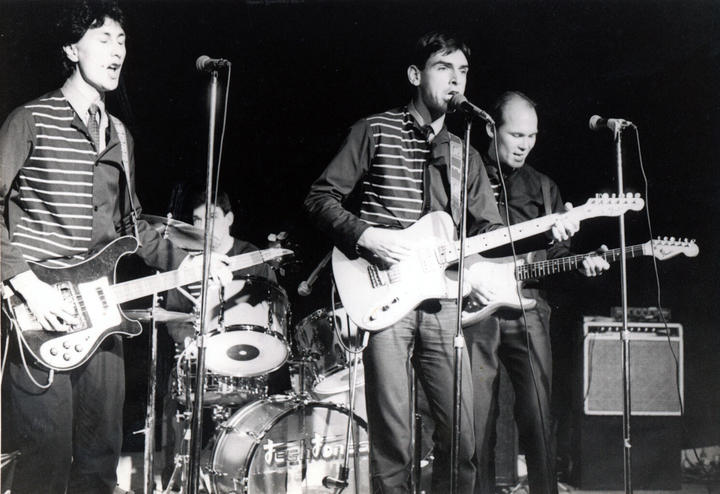 The Techtones were a four-piece band from Auckland, who for too short a time in the early 80s were one of the freshest, most honestly entertaining groups on the local circuit. Though they were together less than eighteen months, their presence was felt almost immediately. Within three months of their first gig they had opened for The Ramones and the B-52s, and they performed relentlessly for the rest of that year and most of 1981. They played their final gig in October 81, just a month after the last game of the nationally schismatic Springbok tour, but before they did, they put out this.

TT23, the Techtones only album, sounds as bright and fresh as ever, perhaps even more so in this recently remastered version which marks the first time the album has been available in almost forty years.

The fact that they were active for such a short time partly explains why the Techtones aren’t remembered more widely, and the long absence of any of their music from any available platforms has to be another reason. But relevant too is the time in which they existed. They came and went during a gap between very identifiable eras: the first wave of punk bands the AK79 compilation captured so well, and the indie onslaught that would soon come via the  Flying Nun label. The idea, dominant for most of the 70s, that local music could only be made in professional studios, had been challenged by punk, but the D.I.Y approach of, say, the first Clean EP was yet to assert itself. What should a New Zealand record sound like? That question seemed to be wide open, and this record proposed a possible answer.

A song like ‘On Your Mind’ seems to sit on the cusp between the beat boom of the 60s - tuneful and upbeat with a jangly guitar and sweet vocal harmonies - and the streamlined forward-momentum of what at the time was called New Wave. At other times the Techtones had some of the angularity of post-punk - brittle, choppy guitars and a bright busy bass, not to mention an anxiety-ridden lyric - that were also identifying features of their Auckland contemporaries Blam Blam Blam.

Interestingly TT23 was not recorded in a professional studio but on the infamous Chris Knox TEAC 4-track, and operated by Doug Hood who, along with Knox, would soon engineer that formative Clean EP. And it does have certain things in common with the early Clean; those big strummy acoustic guitars for a start. And on the album’s most ramshackle track, ‘Try It Again’, it’s as though the spirit of the Clean is already stirring somewhere within Knox’s TEAC.

But the Techtones were really quite a different proposition from any of the Dunedin bands. They had formed from the remnants of Sheerlux, popular around Auckland in the late 70s for their mix of originals and crisp punk covers, and while the focus of the new band was firmly on their own songs, experience had already taught them that if they wanted to survive in the live arena those songs needed to be hooky, punchy and convincing. And songs like these meet all the criteria.

It’s a shame the Techtones were never able to take their music further as it was full of potential, striking that rare balance between the edginess of post-punk and the immediacy of pop. Who knows what might have happened if they had gone to Australia as they originally planned?

But the Techtones’ TT23 was brought back to life during lockdown by the group’s drummer Chris Burt, who after working for many years in film sound, finally found time to remaster the album along with the group’s two singles. The whole lot is available now on Bandcamp and other digital services, and worth revisiting. 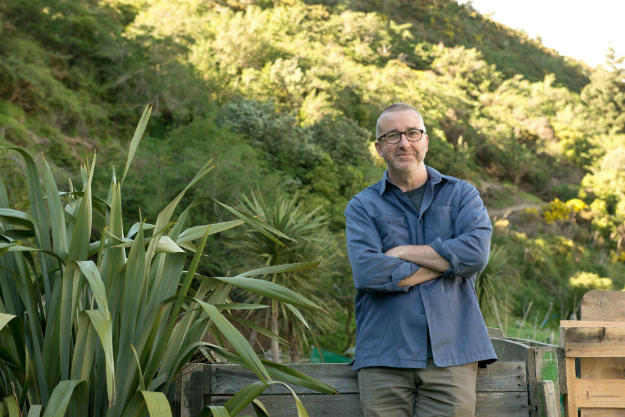 The Luminaries soundtrack by David Long

Lately, when I’ve wanted to give my ears a rest from rock’n’roll, I’ve been listening to this.

Bold, eerie and unpredictable, rather like the series itself, David Long’s score for The Luminaries has now been released as an album in its own right, and it is quite a thrilling listen.

Long has to be best known as lead guitarist of The Mutton Birds. He provided the signature guitar hooks for hits like ‘Dominion Road’ and ‘Anchor Me’, but his musical CV is a hell of a lot broader than that and includes production for Dave Dobbyn, dance scores for Douglas Wright, and an awful lot of music for film and television, including this latest assignment.

Set in 19th century Hokitika and involving gold, astrology, opiates and metaphysics, The Luminaries might initially seem a bit baffling, but I went with it and the adventure paid off. I’ve certainly never seen a New Zealand costume drama so sumptuous. On screen it has an almost psychedelically heightened quality, and Long’s soundtrack reflects some of that colourful richness. He’s worked with a group of orchestral players, and combines their bowed sounds with his own guitar and banjo as well as all sorts of percussion, including gongs and music boxes, to create the rarefied tones and textures.

Though he’ll use orchestral instruments to create long shimmering chords, he also uses them rhythmically, and staccato lines seem to ricochet off the gongs and bells.

Rock songs have to stand on their own, and in doing so they get to dictate their own shape and mood. By contrast, these pieces are shaped by character, image, the length of a scene, and other constraints. There are 24 tracks here, and mostly fairly brief. Which means that, as an album it can seem rather fragmentary. That reflects something of the nature of the story, which deals with time in a kaleidoscopic, non-linear way. But David Long’s soundtrack to The Luminaries stands, without pictures or words, as a colourfully time-bending experience of its own. It’s on streaming services now. To misquote Mick Jagger, it isn’t rock’n’roll but I like it.