This week in The Sampler Nick Bollinger previews a  set from versatile Auckland vocalist Caitlin Smith, due out in November; a vocal excursion from local jazz guitarist Dan Sperber; and a surprising study of the Bob Dylan songbook from Australian singer Emma Swift. 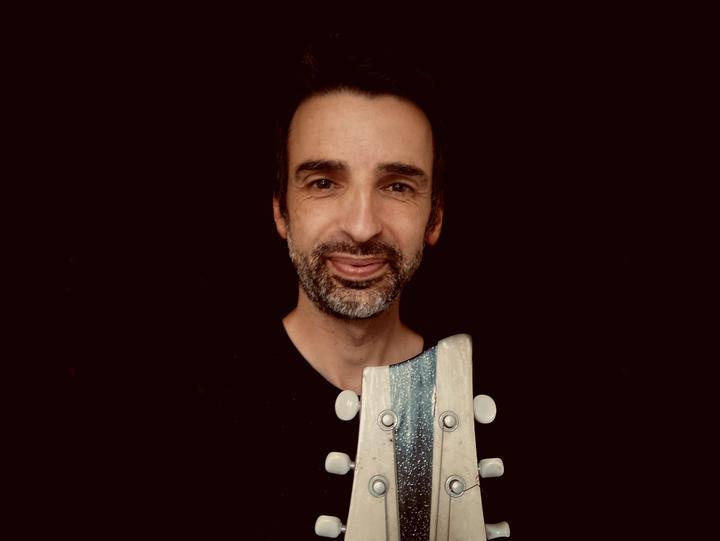 Think On Your Feet by SPERB3R

I first came across Dan Sperber in the late nineties/early noughties in The New Lounghead and The Relaxomatic Project; both essentially instrumental groups who cleverly combined the technique of jazzers with the sensibilities of suburban hipsters. Basically, whatever they were doing, it passed for high-end chill-out music, and very nice it was too. A bit later Sperber made a good album in Berlin with a bunch of fellow-expats under the banner of The Dan Sperber Complex.

But this latest release is a bit different from any of those. For one thing, it’s centred less on Dan’s guitar than on his voice.

It’s a clear, assertive voice, more like a folk singer than a jazzer; not a lot of range but a strong conversational style. And it is a good match for lyrics that are witty, well-observed, and peppered with local landmarks, from Orewa to Britomart. Sperber couldn’t write a dumb-arse country song if he tried; he’s way too clever for that. Which doesn’t mean ‘Dumb Arse Country Song’ isn’t the smart and self-explanatory title for one of these tracks.

He might have Nashville on his mind, but the line-up Sperber has assembled - two guitars, bass and drums - still moves closer to jazz than the kind of group you would find in rock or country. The recording, too, takes a jazz approach, summed up in the album’s title: Think On Your Feet.

Sperber cut it live at Roundhead in Auckland in just a handful of takes, and there’s a looseness, a reliance on reflex rather than arrangement, that you don’t usually find on singer-songwriter albums. That’s a nice idea, but at times it feels as though the songs are less developed than the playing, and in a track like ‘Fake News’ the gaps between lines in the clever lyric are so protracted one almost forgets there’s a song here.

Along with Neil Watson, Sperber is joined for this album by drummer Cameron McCurdy and Olivier Holland, who plays some extraordinarily deft double bass. Beautiful and expansive as the playing is, the songs can seem a little sketchy, and I sometimes wonder whether it would have been better perhaps to have approached these tunes as instrumentals or else worked them a bit more so that lyric and melody could stand on their own two feet. As it is, these often feel like sketches for something Don McGlashan might have taken further.

Think On Your Feet is a beautiful sounding record that puts you in a room with the players, and that’s plenty to recommend it. It’s both a collection of songs and and capturing of real-time performances. Just sometimes, in trying to do two things at once, it runs the risk of leaving both short-changed. 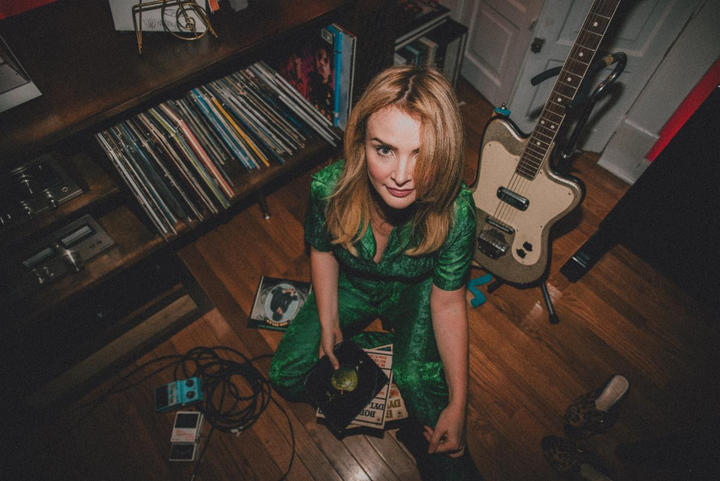 Blonde On The Tracks by Emma Swift

Last April, listeners were surprised by the unexpected arrival of a new Bob Dylan song, heralding his first album of original material in seven years. But just as surprising to me was when, what seemed like only a few days later, a cover version of that song appeared.

The song was ‘I Contain Multitudes’, Dylan’s wistful reflection on art and self. The singer is the Nashville-based, Australian artist Emma Swift. The reason she got onto the song so quickly - and was able to deliver such a considered reading of a complex lyric - is that she was already in a period of Dylan immersion, finishing off an album she’s called Blonde On the Tracks. Yes, that’s a mashup of two of the Bobster’s best-known works, Blood on the Tracks and Blonde On Blonde, and the completed record does contain songs from both collections, but perhaps not the obvious ones. There’s no ‘Tangled Up In Blue’, for instance, or iconic Blonde On Blonde songs like ‘Visions of Johanna’ or ‘Just Like A Woman’.

She does, however, tackle ‘Sad Eyed Lady of the Lowlands’, the epic love ballad that took up the entire fourth side of the original Blonde On Blonde, a song I don’t think I’ve ever heard anyone cover before, and certainly not all ten of its slow-unfolding verses. But picking the lesser-covered songs seems to have been one of the rules Swift has applied to this project. She’s also chosen some songs where the lyric might resonate in a slightly different way when you hear it sung by a woman; ‘The Man In Me’ being a case in point.

One of the more upbeat tracks in this collection is her version of ‘Queen Jane Approximately’ from the highly regarded Highway 61 Revisited, which is highlighted by a 12-string guitar solo that triggers an instant flashback to the Byrds and those definitive Dylan covers they did in the 60s. For that detail we can thank Pat Sansone of the band Wilco, who produced the album and has created timeless guitar-centred settings that complement both the songs and Swift’s supple singing. But it’s the ballads Swift is most drawn to and that suit her voice; it’s harder to imagine her hollering ‘How does it feel?’ or ‘Everybody must get stoned’. Yet as well as showing us what an intelligent interpreter she is, holding up each line for deeper inspection, she reminds us just how many strong, enduring melodies Dylan has written. And while her range and timbre might be a million miles from bleating Bob’s, she is remarkably faithful to his original tunes.

These are great songs, no question - even little-noticed ones like ‘Going Going Gone’ from Planet Waves - and Emma Swift is a great singer. Yet that equation alone doesn’t guarantee a great record. What makes Blonde On the Tracks great is the relationship she’s formed with the songs. It’s a relationship so personal, so internal, that she barely seems to be thinking about the songs at all. She just sings them and, like a kind of magic trick, it lets us hear them as if they were new.