Nick Bollinger discusses the country soul of Auckland singer-songwriter Milly Tabak and her band The Milltones; a compilation of local garage rock from vinyl indie label 1 To 12; and an abundance of new releases from the normally sparing Gillian Welch. 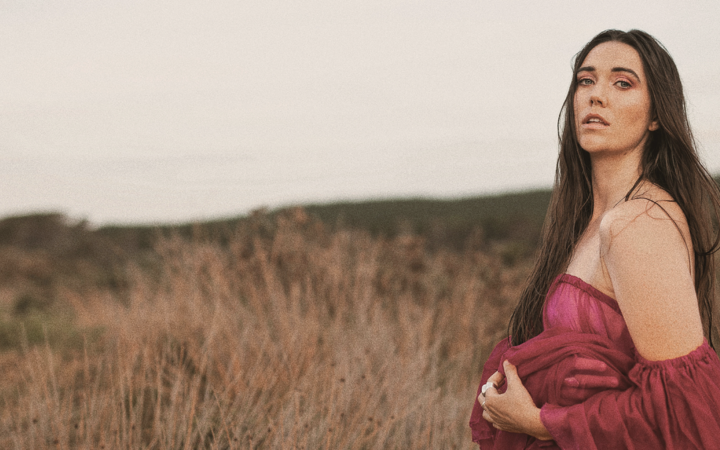 Honest Woman by Milly Tabak and the Milltones

Listening to singer Milly Tabak, it can be hard to believe she doesn’t come from somewhere in the southern United States, and that’s something she’s well aware of. So much so that in the video she made for the title track of her latest album Honest Woman, she included subtitles of the lyrics - just in case anyone couldn’t decipher her southern drawl.

In fact Milly’s a Kiwi and her Auckland-based band is made up entirely of local musicians, which, listening to them play, has caused me a moment or two of cognitive dissonance.

But when music sounds as good as this, does it matter where it comes from? It doesn’t take long to realise that Tabak is an excellent singer and entirely comfortable in her voice; it’s the voice she writes for. At times her twang comes close to country, as in that song, the title track of her new album, Honest Woman. At other times it steps up to something more like a bluesy roar. Either way, the signs point south.

Perhaps the reason she gravitates to southern styles is that what she has to say, and the way she says it, suits the southern vernacular; it just feels at home there. Like the great soul and country songwriters, she doesn’t mess around with a lot of fancy metaphor. Her songs are personal and plain-spoken. They combine the economy of poetry with the rawness of real feelings.

Honest Woman is the second album Milly has made with her band the Milltones. And if her songs straddle the line between country and soul, her band supplies the type of crisp yet comfortable grooves one used to have to go south to find.

Essentially, what you’re hearing is a band playing together live in the same room, which of course is how those classic southern soul records were made. In fact the Milltones’ whole set-up seems to have teleported directly from the period. I hear Telecasters, Wurlitzers and Hammond B3s; I doubt there was an instrument used here that didn’t exist in the 70s. In these days of home production there are few studios anywhere that are still set up to make records like this, but Roundhead in Auckland is one of them, which is where Honest Woman was made, and it’s the reason you can hear every instrumental nuance.

The whole sound is terrific, especially when guitarist Liam Pratt cuts loose. And the five-piece band - in which Milly also plays a driving guitar - is augmented at various times by a punchy horn section and some glorious backing singers, who provide the spine-tingling gospel moans on ‘Hey Sister’, a sleepy, weepy waltz that is one of the album’s real highlights.

On a song like ‘Cognac’ we temporarily leave the south to discover what Fleetwood Mac might sound like playing ‘All Along the Watchtower’. Yet like everything else on this impressive album, it grooves like crazy and shines like a diamond and above all, I believe what I’m hearing. For an album like this one, wherever it came from, Honest Woman could hardly be a better title. 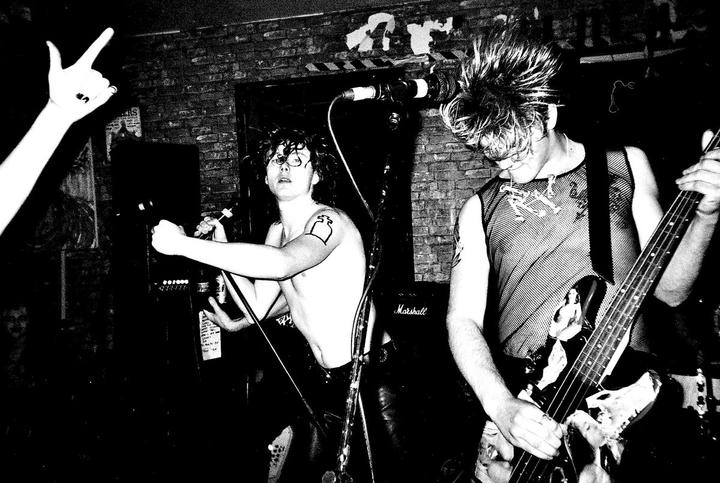 High fidelity was obviously not foremost in anyone’s mind when this was being recorded, but having a rock’n’roll party clearly was. Performing as The Golden Geese, Matthew Crawley and an un-named group of co-offenders serve up the opening track on this compilation and the title -  1:12 Party - is pretty fair description of goods.

Hosting the party is 1:12 Records, an Auckland-based, vinyl indie label specialising in what I can’t think of a better word for than rock’n’roll. The label’s logo is a drawing of Rangitoto Island exploding, and the music is explosive too. A lot of it is of the punk variety, but King Kaiju (contribute a cover of a classic surf tune, (which might be familiar in its original version from the soundtrack of the John Waters’ classic Pink Flamingos) and there are moments in a track on the second side from King Ketchup where punk seems to have crossed with prog. Garage-prog, anyone?

If 1:12 has an overriding ethos, it is that the bands it presents should also be good live performers, and of the fourteen acts featured on 1:12 Party, a lot of them will be familiar around the haunts of inner-city Auckland, with a few of them having toured further afield. Last year saw one of 1:12’s foundation groups, The Cavemen, return to New Zealand after a world tour that lasted on and off for several years and saw them taking their neanderthal rock everywhere from Sao Paolo to Istanbul and all over South East Asia. And all that playing thankfully hasn’t smoothed out their edges.

Recordings like these might be rough, but there’s rough-and-wrong and rough-and-right and this compilation skews to the latter. One of the roughest-and-rightest tracks here is from a relatively new Auckland band, Dick Move, whose song ‘Ladies Night’ pretty much lays down the rules for the party.

It seems to be a fact of life that the longer a style of music is around the more people you will find who know exactly how it’s supposed to be played. And it is instructive comparing 1:12 Party with AK79, the classic document of the original Auckland punk scene, now more than 40 years old. Because track for track, 1:12 Party actually sounds better. Where the AK79 tracks, recorded in radio stations and demo studios, tend to be thin and somewhat too clean, these cuts all sound suitably filthy. But then, it’s no surprise that after 40 years people have now got how to make a punk record almost down to a science. Back in the AK79 days they were still trying to figure it out. So while 1:12 Party will never have the cultural import of its punk predecessors, it will always sound raw and gutsy and - in a track like this one by The Magic Factory - rather thrillingly like T. Rex just rolled up to your favourite local pub. 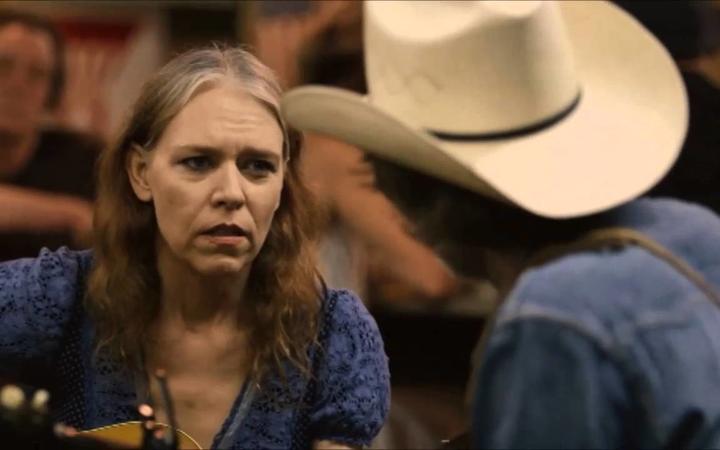 All The Good Times  & Boots No. 2. Lost Songs Vol. I by Gillian Welch and David Rawlings

I once asked Gillian Welch why she didn’t make more records. I was thinking about a song I had heard her play in concert once, ‘Knuckleball Catcher’ - a brilliant, abstract exposition that seemed to draw parallels between an obscure and specialised role on a baseball field and a mysterious disappearing banjo player - which had never turned up on any of the albums she had made. Her answer was that she only released things she thought were good enough, which indicated to me that her standards were incredibly high. But it seemed to me there was more to it than that. It was as though she didn’t particularly want to part with her songs; as though there was something precious in them she feared would be lost once she give them away. So over what has now been a twenty-five year recording career, she’s released just five actual albums under her own name, clearly just a handful of the music she’s actually written and played in that time. But it seems that’s about to change. In just the last month, she and her partner David Rawlings have released two new records, with the promise of a whole lot more to come.

The first of these new Welch/Rawlings releases, All The Good Times, was made at home under lockdown in the first half of this year. The whole album is comprised of covers; songs Welch and Rawlings like to play at home and occasionally add like seasoning to their live sets. Welch offers, among other things, a beautiful version of ‘Hello In There’ by the late John Prine, while Rawlings turns his hand to a couple of Dylan songs.

The other album Welch released recently was the second in what she calls her ‘Boots’ series; collections of demos and out-takes from her earlier records. This one consists of songs tried but never bought between the 2001 album Time (The Revelator) and Soul Journey a couple of years later. And some of these are terrific.

There’s a dark, brooding quality about ‘Blind On The Inside’ which reminds me of early Neil Young, and I have no idea why it never made it onto an album at the time. But it’s not alone; Welch’s castoffs, as ‘Chinatown' shows, could be anyone else’s album highlights.

But after years of eking out her songs, as though they were too precious to part with, there’s a reason for this sudden abundance of Gillian Welch material. The covers album All The Good Times was obviously a  project started to pass the time during the couple’s Covid lockdown in Nashville, and evidently the results were pleasing enough to warrant their release. But the ‘Boots’ collection - subtitled: Lost Songs Vol. 1 - was the result of another, earlier crisis. Back in March, just before the pandemic took off, Welch and Rawling’s East Nashville studio was hit by a tornado, ripping the roof off and soaking instruments, recording gear and their archive of recordings. The tapes were salvaged, but their near-loss - combined with a vanishing income from cancelled live shows cancelled - was enough to persuade Welch and Rawlings that it was at last time to share this hidden music with the public. And if there’s something faintly Biblical about the sequence of events that led to this, it matches the Biblical streak that has always been in their music and can be found again in songs like ‘Give That Man A Road’.

As for ‘Knuckleball Catcher’, though, there’s still no sign of it here. But there are at least two more volumes of Welch’s Boots already planned, supposedly for release in the next few months. And maybe it will turn up on one of those.