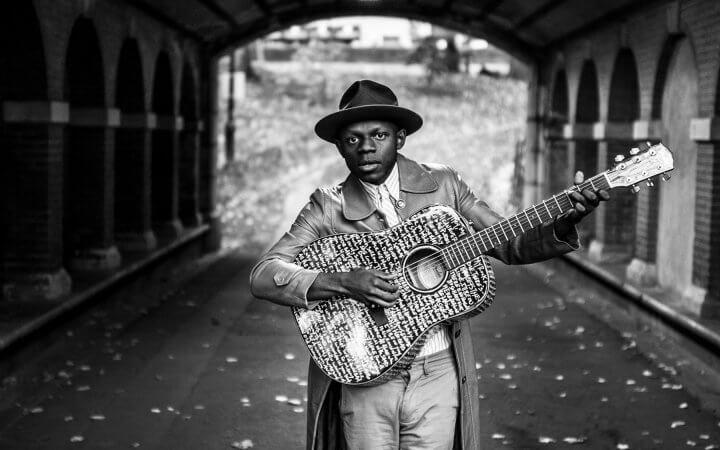 Tales Of America & Tales Of Isolation, by J.S. Ondara

I remember when I first realised that what I thought of as that quintessential American music - the blues - actually had its origins in Africa, where the foundations of the form had existed for centuries. But influence is a two-way street, as I was reminded when I heard this artist.

J.S. Ondara grew up in Nairobi, Kenya, but his music has the unmistakable stamp of Americana. The strummed guitars, folksy melodies and personal lyrical balladry make him a textbook singer-songwriter, more Nashville than Nairobi. In fact his first album Tales Of America earned him a nomination in last year’s Nashville-Based Americana Awards. And the story his music tells  is, in many ways, a classic, mythic American one.

Growing up in Kenya, Ondara’s family couldn’t afford musical instruments but he nevertheless filled notebooks with lyrics, inspired by - of all people - Bob Dylan. And yes, he says that did make him unusual. In 2013, at the age of 20, he won a Green Card lottery and emigrated to the United States, basing himself in Minnesota, in part because that was where Dylan was from. After working on his guitar playing and writing a swag of songs he began playing open mic nights and recording demos, which ultimately led to Tales Of America, which came out last year.

Ondara has drawn his own parallels with Dylan, who more than half a century earlier, made the pilgrimage from Minnesota to New York to follow in the footsteps of his hero, Woody Guthrie. But it is the immigrant’s experience, even more than the pilgrim’s, that informs Ondara’s songs. He came to America with dreams and, to some degree, they have come true; he’s now got two albums out, a growing profile and coverage in the likes of Rolling Stone magazine. But he is also clear-eyed when it comes to the struggles, rejections and heartaches faced by so many of his fellow immigrants. His songs are filled with bittersweetness, made only more poignant by his pure, aching almost feminine voice.

At times he’s joined on Tales Of America by a sparse, springy bass and drums, while other instruments weave in and out, including some lyrical fiddle from Andrew Bird.

‘Lockdown On Date Night Tuesday’ is a funny-sad account of a couple getting all dressed up for a date night - though they won’t be going further than their own dining room table. And you can actually hear the lockdown he’s singing about there. Consistent with the conditions of quarantine, he hasn’t got any of his friends around to accompany him this time around. The whole album is just Ondara’s solitary voice and guitar. Like Woody Guthrie, even more than Dylan, he seems to be creating his own headlines out of the things going on around him, and some of it is heartrending. Service workers are laid off in ‘Pulled Out Of The Market, which opens the record, while the singer in ‘Mr Landlord’ engages in desperate negotiations over unpaid rents.

Tales Of Isolation has the subtitle ‘Folk’n’Roll Volume I’, which suggests that this is a part of a series independent of Ondara’s earlier more fully-formed release. And while he’s a spectacular singer and a more than functional guitarist, his music does benefit from the colours other instruments bring. Both records, though, are worth hearing. J.S. Ondara listens closely to America, and is playing it back to itself. 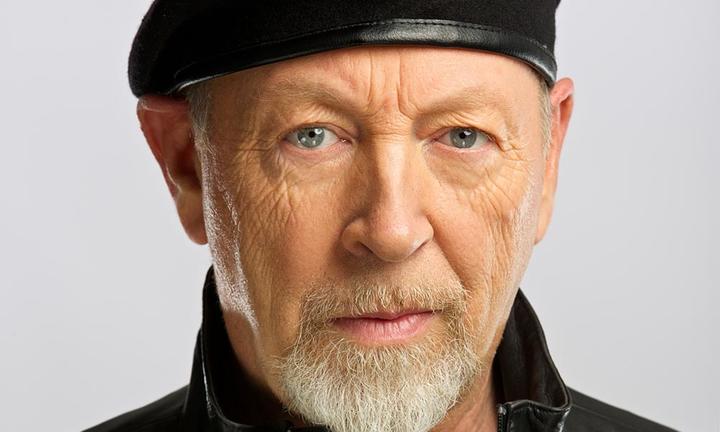 Richard Thompson, the great English singer-songwriter and guitarist, is prolific under any circumstances so it’s hardly surprising that, locked down in his current home of New Jersey, he has written, recorded and released a whole new bunch of songs.

‘As Soon as You Hear the Bell’ is one of half a dozen new Thompson songs on Bloody Noses, the new Thompson EP. And they are some of the best I’ve heard from him in years. All the usual Thompson signatures are there in the song: a wry reflection on life’s blows - literally in this case, as the song is addressed to a boxer, though in a way it could be any of us - a melody as old as England, and generous handfuls of his incomparable guitar playing. One doesn’t often hear Thompson in such solitary settings; these days he seems to prefer a band, and he can be great in that context too.

But the limitations of home recording have meant that this time he has had to do almost everything himself - guitars, mandolin, a bit of percussion - and with songs as good as these, that’s plenty. In ‘What’s Up With You?’ he has dapted what sounds like a Middle Eastern rhythm to a set of chords that are as close to straight-up rock’n’roll as Thompson ever gets, and then he mixes it up again in a guitar solo that is part Celtic reel, part Buddy Holly. Thompson is joined in harmony for several songs, including that one, by Zara Phillips. And if, like me, you think of some of Thompson’s best work was in the records he made in the 70s with his first wife Linda, you might hear echoes of that era here.

But in spite of the acoustic constraints of this homespun set, he still manages to rock as well, with that dark sense of foreboding the has always been his speciality.

I can imagine a song like ‘The Fortress’ fully amplified, as it might have been had he recorded it for his last album 13 Rivers, and it may yet get such a treatment should Thompson return to roadwork with his electric trio. But I’m fine with what’s sketched out in the version here. And that goes for the whole of this short, tight, expertly home-crafted set. 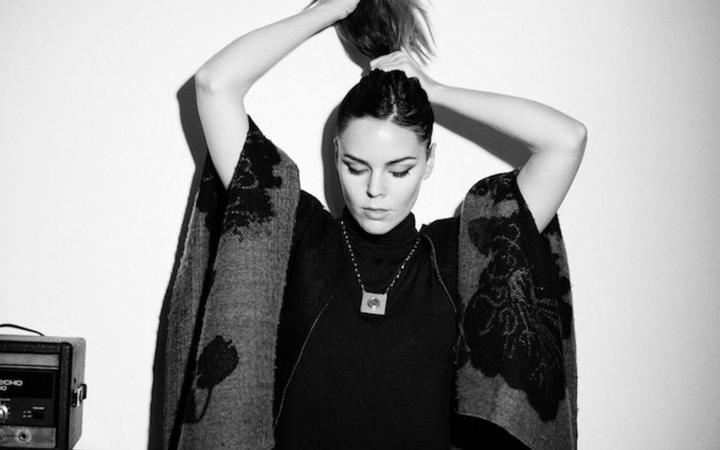 Warnings, by I Break Horses

I Break Horses is a Swedish duo who have been around for the better part of a decade, though with six-year gaps between albums it’s not hard to forget they exist, or to be surprised that they still do.

They areessentially a vehicle for the voice, the tunes and the resplendent synth-scapes of Maria Linden, though one shouldn’t overlook the contributions of percussionist and programmer Fredric Balck. At first their music sounded to me like a collision between two genres that were both crashing around in the 80s and, somewhere along the line, fused together: that loud and swirly British phenomenon known as shoegaze and the self-descriptive synth pop. And in tracks like these, I can hear elements of both.

Linden is largely concerned with atmosphere, but she writes tunes too, and the best of her songs have well developed, unexpected chord patterns, over which she sings in an alluring half-whisper. On first heading it can sound quite pleasant, even romantic, but that’s really a ruse. ‘I’ll Be the Death of You’ is the threat she gently whispers in that song, while in ‘Baby You Have Travelled For Miles..’ she sings of shooting beauty ‘right in its broken eye’.

She’s called the album Warnings and that is precisely how these songs come across: a set of cautions that, however sweet things may seem on the surface, something sour is bound to be lurking underneath. The tone is set by the nine-minute opening track, ‘Turn’, in which swelling chords and tinkling bells belie a lyric that basically delivers a sexual rejection.

Linden isn’t averse to playing the villain, in fact she seems to revel in it. And in a way it is the most interesting thing about her songs, though it’s not always entirely clear what she’s on about. In one she casts herself in the role of prophet, a false one - ‘you will get down on your knees and listen to me’, she demands - while big fat chords rumble and warp, as though she’s hijacked one of Gothenburg’s church organs for her own nefarious purposes.

Cathedral-like reverbs, lugubrious tempos and spooky lyrics: that’s I Break Horses’ default setting, and there’s ultimately more of that on Warnings that I need. Still, Warnings is an interesting record. There’s an intriguingly untrustworthy narrator lurking in Maria Linden’s sweetly whispered lyrics. And there are musical moments I wish would last longer, even if a few songs grind on after they have run out of things to say.

‘I’m just a tourist in your depression’ she sings in the final track. In the end I guess it’s just a question of deciding whether you want to be a tourist in hers.