Nick Bollinger reviews a sophomore album of power pop from The Beths; blues and boogie from North Georgia sisters Larkin Poe; and a surprisingly vocal set from the usually instrumental trio Khruangbin. 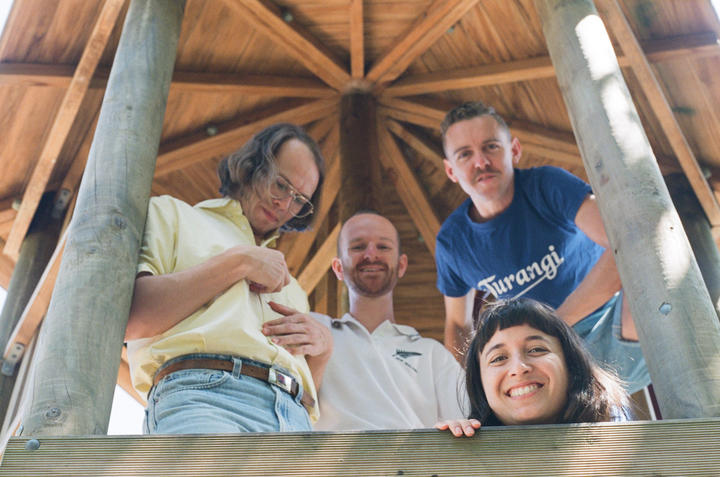 Jump Rope Gazers by The Beths

If you had to sum up in a single song-title the prevailing outlook of the Beths’ Liz Stokes, then the one that opens the Beths’ new album would do perfectly.

It’s called ‘I’m Not Getting Excited’, and with a lyric that makes a persuasive case for keeping expectations low when it comes to love, it kicks off Jump Rope Gazers the Auckland quartet’s second album.

Of course, Liz’s advice to self has taken on new dimensions in the wake of the Covid pandemic. Future Me Hates Me had been enthusiastically received, not just at home in New Zealand but in North America where they got raves from Rolling Stone and Pitchfork, and the group was poised to capitalise on that success with this new album. But with international touring currently off the table, not getting excited is sad but probably sound advice.

In the meantime, though, I can imagine songs like these earworming their way into playlists around the world, whether the Beths tour or not. Social anxiety and self-deprecation are coupled up with brisk beats, sneaky guitar licks and almost defiantly bubbly melodies.

If anyone was expecting a total sonic overhaul on this second album they are out of luck. In many ways it’s Future Me Hates Me part two. And yet within these ten economical tracks, the Beths do subtly expand. Not to the point where I’d have trouble recognising them; still I’ve never heard them change down the tempo before, like they do in ‘Do You Want Me Now’. If power chords and rocket rhythms usually mask some of the hurt in their hymns to self-doubt, there’s nowhere to hide in this one. Stokes has never sounded more vulnerable and with shimmering guitars and gentle harmonies, it is one of the album’s pivotal tracks.

And it opens things up for ‘You Are A Beam Of Light’, which takes us right into singer-songwriter territory, fingerpicked acoustic guitars and all, and with images of distance and separation it is a perfect sentiment for the times.

What stops Jump Rope Gazers from being predictable, though, isn’t just these contrasts in tempo and instrumentation. It’s the little surprises and details they put into a song, even if it’s moving at their default Ramones-like pace. Listen to the way the excellent rhythm section of drummer Tristan Deck and bassist Ben Sinclair negotiate the dynamics of a song like ‘Mars, The God Of War’, which is topped off with a guitar solo that packs more into ten seconds than most guitar heroes can manage in a whole night of jamming. That’s Jonathan Pearce on lead guitar, the king of concise. And the album is full of his short, surprising solos, which are emblematic of an album full of sneaky detail, and where nothing outstays its welcome.

Perhaps best of all is the title track, a classically crafted piece of power pop. Cautiously, it dares to be a love song, with chiming guitars, a delicate Liz Stokes vocal and harmonies behind her that gently rise and fall, like hope and disappointment. 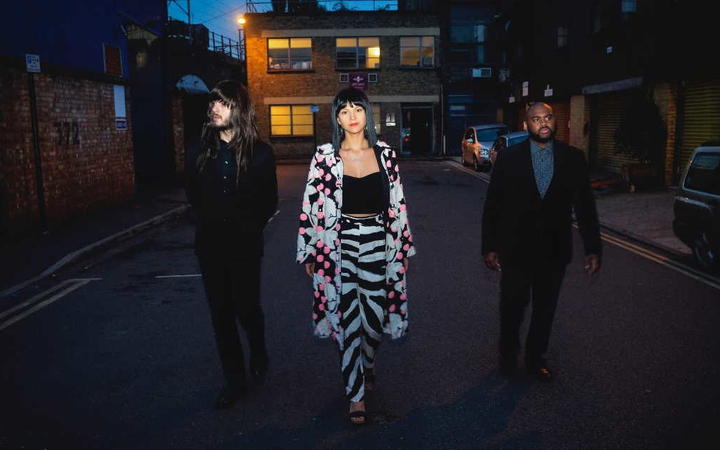 Like a lot of people, when I first heard Khruangbin I wondered, where does this music come from? And by that, I meant which country in the world, not which state of America.

With album three I’ve got used to the fact that, is spite of having a name that is the Thai word for aeroplane and playing a kind of music that could be mistaken for some rare vintage Asian psychedelia, this trio, in fact, hails from Houston, Texas. Guitarist Mark Speer is still sprinkling his solos with the kinds of scales and microtonal twitches you hear in traditional Asian music, and the crisp, in-the-pocket playing of bassist Laura Lee and drummer D.J. Johnson could be a great rhythm section from anywhere, not necessarily the Lone Star State.

Still, the album, which they have called Mordechai, does have some significant differences from the two that preceded it.

Hearing Laura Lee’s voice, singing almost-discernible lyrics in a kind of call-and-response with Mark Speer’s guitar is a major change for what in the past has been essentially an instrumental band. In fact, along with those Asian psychedelic inflections, the lack of lyrics or even voices was one of Khruangbin’s distinguishing features. Not that they never sang, but - other than an EP earlier this year with fellow Texan Leon Bridges - Khruangbin have generally used voices simply as texture, with lyrics often consisting of nothing more than ‘oo’s and ‘ah’s. And the vocals like you find on these tracks would still seem sparse by most standards, but for  Khruangbin it is positively verbose.

So what has promoted this sudden burst of lyricism? Talking to Charlotte Ryan on RNZ’s Music 101 a few weeks ago, Laura Lee spoke of being burned out after a long period of touring and the restorative effects of a hiking trip, which inspired some of these writings. As I say, the words remain minimal but have the effect of modest mantras, or inspirational notes to self.

Khruangbin remain cosmopolitan though, not just in their mix-and-matching of musical traditions but also in their singing. And you’ll find several languages represented on the album, including songs in French and Spanish.

There’s still plenty of Mark Speer’s melodic, clearly articulated guitar, which more than ever he seems to be treating with wah-wah effects and other psychedelic refinements, and they are still more enamoured of reverbs than any band since My Morning Jacket. At times it comes close to the aesthetic of dub reggae, where echoes and delays are played like instruments. And the vocals, which are never particularly far forward in the mix, sound as though they are reaching us from the other side of a canyon.

Adding yet another flavour - in this case Hebrew - to Khruangbin’s multi-cultural gumbo, the album is called Mordechai, apparently the name of the acquaintance who invited Laura on her inspirational hike.

And yet for such a grab-bag of ingredients, it all sounds surprisingly coherent. It’s as though Khurangbin have created their own place, and this music, with its funk rhythms, its multiple languages and interwoven scales is just what everyone is grooving to there. 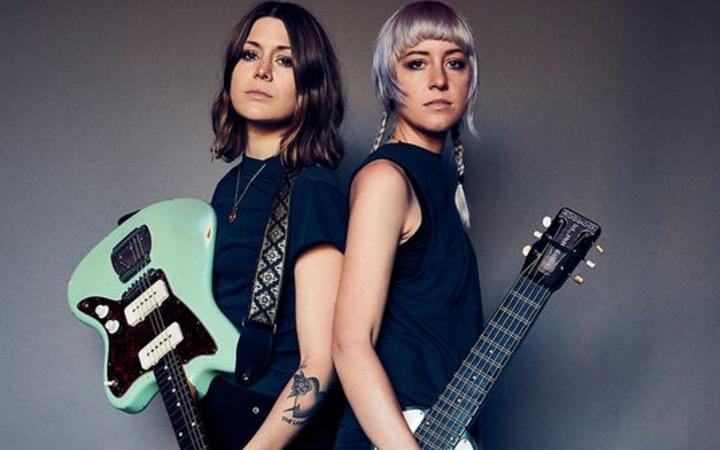 Self Made Man by Larkin Poe

I hear a kind of shorthand in the Led Zeppelin-esque opening bars of this album. It says, in the simplest possible way: we rock.

Larkin Poe is a quartet centred on Rebecca and Megan Lovell, a pair of guitar-slinging sisters from north Georgia who have built up a big following around the world.

They are loosely in the blues tradition, or more specifically the tradition of musicians from outside the tradition pulling on the blues to create something of their own. There’s also a sense that, in doing so, Larkin Poe are reclaiming this tradition from its longstanding male dominance, something they hint at with irony in the album’s title song ‘She’s A Self Made Man’.

But in fact, the Lovell’s musical origins aren’t so much in blues as in bluegrass. From their teens until about ten years ago they played with an older sister as a family trio with a strong country bent, which is where they honed their remarkable guitar skills and powerhouse vocal harmonies. And you’ll still find a good dose of country in Larkin Poe, even when they set it against an army of handclaps like they do in an original song like ‘Easy Street’.

But even when they cover a song like Blind Willie Johnson’s ‘God Moves On The Water’, originally recorded in the 1920s and about as raw a piece of gospel blues as you’ll ever hear, they will turn it into something shiny and round-edged.

The closest model for Larkin Poe’s blues-rock is the Black Keys. Their original songs don’t quite have the hookiness of a ‘Lonely Boy’ or ‘Gold On the Ceiling’, still, the Lovells do manage to gussy up old boogie riffs like this one as convincingly modern slabs of pop.

It’s punchily produced and the Lovell sisters can seriously play - the slide guitar on this track is great - and yet this album overall leaves me a little disappointed. The blues are an opportunity for any musician of the Lovells skills to dig deep and drag up something unexpected, either yet for many of these tracks it feels as though they are content to simply skate over the bluesy surface.

But the thing is, I have heard Larkin Poe dig deeper. There’s live stuff on YouTube where they stretch out; their take on the Son House classic ‘John the Revelator’ is a case in point. Megan Lovell’s slide guitar is particularly fine. And for quite a few years now they have been posting home-taped covers including a truly spellbinding ‘Little Martha’, the old Allman Brothers’ classic. Basically, there’s a whole lot of ways they could package their skills, and who knows, maybe this Black Keys-lite, pop blues is their best commercial bet. But it’s those moments when commerce falls away and we’re just left with Larkin Poe and their music that I’ll keep listening out for.