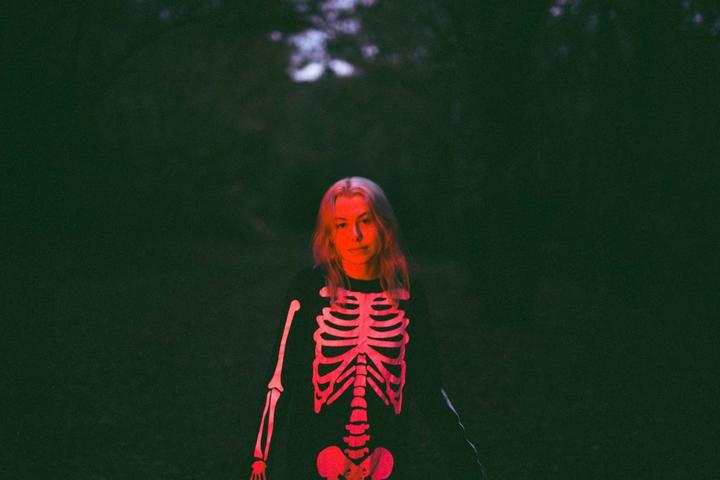 Listeners with long memories will recall the scorn that was sometimes heaped on that species known as the singer-songwriter. Lester Bangs, the iconoclastic critic, wrote a piece memorably entitled James Taylor Marked For Death, in which he imagined “breaking off a bottle of Ripple” (“he deserves no better”, he said) “and twisting it into his guts until he expires in a spasm of adenoidal poesy.” Well, Lester is long dead, James Taylor is still with us, and the singer-songwriter species is now into its third or even fourth generation.

Phoebe Bridgers is a 25-year-old Californian and a singer-songwriter by any definition. Since her 2017 debut album Stranger In The Alps, she’s attracted increasing attention, not just for the quality of her writing but also her strong co-operative role in the current singer-songwriter community. Since making Stranger she’s formed, recorded and toured with Boygenius, a kind of singer-songwriter supergroup that also includes Lucy Dacus and Julien Baker, and she’s also emerged as a producer, having taken charge of the debut of fellow Californian, Christian Lee Hutson, which I’ll come back to in a little while. But these songs are from Bridgers’ second album of her own, Punisher, which came out late last month. In many ways it is classic singer-songwriter stuff: a measured, melodic voice and the type of confessional lyrics that have always typified the genre. But if it all sounds very nice on the surface - and that niceness was one of the things that always bugged Lester Bangs - you don’t have to dig very deep into this record to find that maybe things aren’t quite so nice after all. 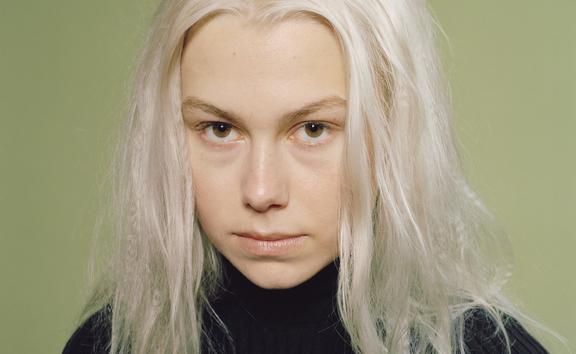 Not everything is as extreme as the distressed sound of the guitar on the opening ‘Garden Song’, but along with the hint in that lyric that she might have knocked off a skinhead and buried him in the garden, it sets the tone for the record as a whole. Where Stranger In The Alps defaulted to a more traditional folkie sound, this new album favours a murkier palette, and it suits a bunch of songs that present some murky narratives. There’s the title track, ‘Punisher’. A punisher, in Bridgers-speak, is the kind of person who talks at you until your eyes glaze over, and aware that she might be biting the hand that feeds her, she’s admitted that this describes her feelings towards a certain kind of fan. Yet in the song, she makes herself the punisher, alternately obsessing over a hero she feels as though she knows, and worrying that she has over-shared.

But if Bridgers ultimately shows her own vulnerability here, putting herself in the fan’s shoes, she’s also got a dark-bordering-on-nasty sense of humour that she gives rein to in more than one of these songs; like the verse in ‘Moon Song’, in which she sings ‘We hate Tears In Heaven/But its sad his baby died’ or the hospital joke in the opening verse of the one she calls ‘Halloween’.

There’s a voice in songs like these that she almost seems to be using against herself, as if she knows that by making herself less likeable the songs will ultimately have more to say. And it’s one of the things that distinguishes Bridgers from less daring artists in this overflowing genre.

Being miserable on the road is a subject that has fuelled songs and even whole albums by singer-songwriters before, but when Bridgers takes it on - in ‘Kyoto’, a song filled with the specific details of a Japanese tour - you get the sense that, at least on one level, she’s just being a brat and she knows it.

So Phoebe Bridgers, as well as being a characterful singer, a crafter of memorable tunes and unusual sounds, and a lyric writer with a sharp pen, has a certain awareness of privilege, which is something most singer-songwriters I can think of have barely acknowledged, let alone sung about. It was the sense of privilege, of being wealthy, white and wimpy, that got Lester Bangs so worked up about James Taylor.

I don’t know if Bangs would have liked Bridgers’ music any more than he liked James’s; for all its dark hues it’s still mostly folky and acoustic-based. But had they ever had the chance to meet, she would have given him a good run for his money when it comes to a violent imagination and a caustic wit, and beaten him hands down when it came to self-critique. 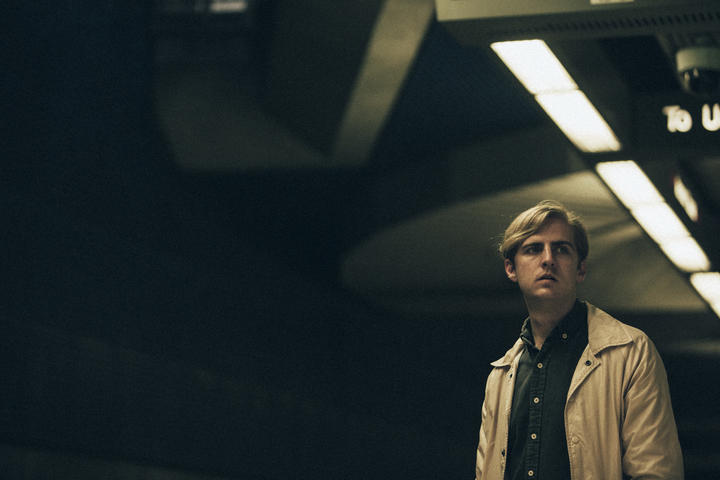 Phoebe Bridgers hasn’t just been busy making her own music; she’s also just produced the debut album of Christian Lee Hutson, and it shows off Bridgers’ talents almost as much as it does his.

Perhaps even more than Bridgers, Hutson is a singer-songwriter in the classic mould. He makes me think of Paul Simon, and while he hasn’t yet shown anything like Simon’s breadth, he is a better than average guitarist and a smart lyricist with a gentle melodic voice, which he uses in a way that implies a sharing of confidences.

Perhaps making a little too much of his advanced years - he’s not quite 30 - Hutson is nevertheless old enough to look back ruefully, which he does a lot, in intricately worded verses like these. And if the clever series of rhymes in the middle of the one he calls ‘Northsiders’ might seem a bit like showing off, the braggadocio is even more cleverly undercut by an unexpected death that he throws into the final verse.

At a time when most of the interesting new singer-songwriters are women, Hutson is something of a throwback: a middle-class white guy, sharing his anxieties and regrets. A song called ‘Talk’ is aptly titled, as it sounds like that’s something he could do all day.

All these songs are delivered in the same sensitive, subdued style, so it’s a bit of shock the first time you realise that his narrators are not always nice guys. In fact, a song called ‘Keep You Down’ is sung from the point of view of one who is mean, paranoid and downright unpleasant.

It’s a strong if discomfiting song, one of the best on the record, and it rises above the level of Hutson’s usual quiet confidences thanks to the powerhouse harmonies of Sharon Silva. I suspect her addition to this track was one of the production flourishes of Phoebe Bridgers, who has enhanced all of these songs in different ways - strings here, harmonies there - while keeping the core of each performance demo-like and spontaneous, like a song sung into a cellphone.

Christian Lee Hutson’s Beginners has a veneer of pleasantness, but Hutson knows people can be both victims and oppressors, and he doesn’t mind casting himself in either role. Which all goes towards making Beginners a superior and often surprising singer-songwriter album. 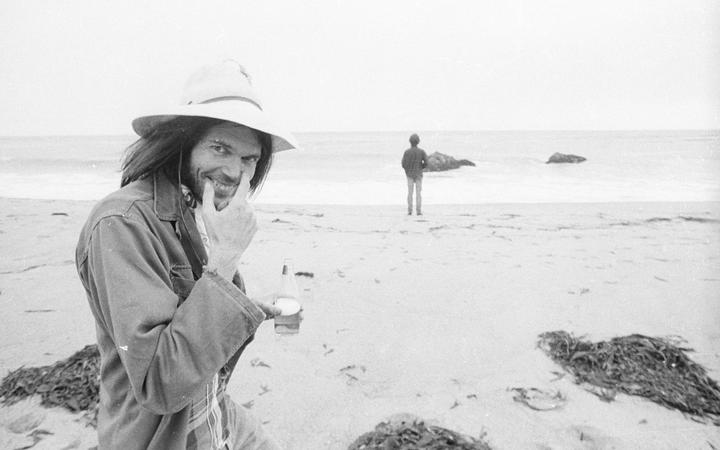 In the early 70s, Neil Young helped define the singer-songwriter genre in albums like After The Goldrush and Harvest, spinning his existential pain into songs that seemed to speak to the mood of a generation. But even Neil seemed aware of the dangers of over-sharing, and when this bunch of songs popped out of him in 1974 he hid the tapes away in a bottom drawer where they have pretty much remained as a rumour more than an album, until now.

The sound is a bit like that of his mega-successful and much-loved Harvest from a couple of years earlier. But perhaps this one really ought to have been called Bitter Harvest if not Total Crop Failure. Written and recorded during the breakup of his relationship with Carrie Snodgrass, the mother of his eldest son, it is mostly a set of anguished meditations on failure and regret, which belie the mellow, woodsy sound.

The story goes that Young intended this collection as a follow-up to the brilliantly gloomy On The Beach, but was talked into releasing the previously-shelved Tonight’s The Night instead. The fact that Tonight’s The Night - a drunken wake for a couple of drug casualties - was considered the more accessible option shows how far down the dark path Young was at the time. But I think his advisors were right. Tonight’s The Night, for all its bleakness, had a sense of ragged revelry about it. This, by comparison, just sounds piteous.

Not all of these songs have been entirely unheard these past four-and-a-bit decades. In fact, five of the twelve turned up on subsequent Young records.

As with all of Young’s music from this period, drugs seem to be both a subject and a part of the creative process. A song called ‘We Don’t Smoke It’ has all the lassitude of a stoned blues jam.

And then there’s ‘Florida’, a stoned-sounding monologue by Neil to the excruciating accompaniment of a finger on the edge of a wine glass.

If these tracks are the epitome of self-indulgence, there are at least a couple of previously unheard gems.‘White Lines’ is a good song played simply, with the Band’s Robbie Robertson weaving lovely lead lines around Young’s vocal.

And there’s ‘Vacancy’, a song that almost picks itself up and rocks, and wouldn’t have been at all out of place on Tonight’s The Night.

Having read about this album for years - it is afforded a kind of white whale status in Shakey, Jimmy McDonough’s brilliant biography of Young - I’m glad I’ve finally got to hear it. Yet I’m equally glad I was spared it at the time. Life’s dramas are the stock in trade of the singer-songwriter, but we don’t always need to hear every detail. And even Neil Young seems to have known that.