Nick Bollinger reviews the latest incarnation of a centuries-old New Orleans carnival tradition from The 79rs Gang, and some of the last recordings by the late African drumming genius Tony Allen. 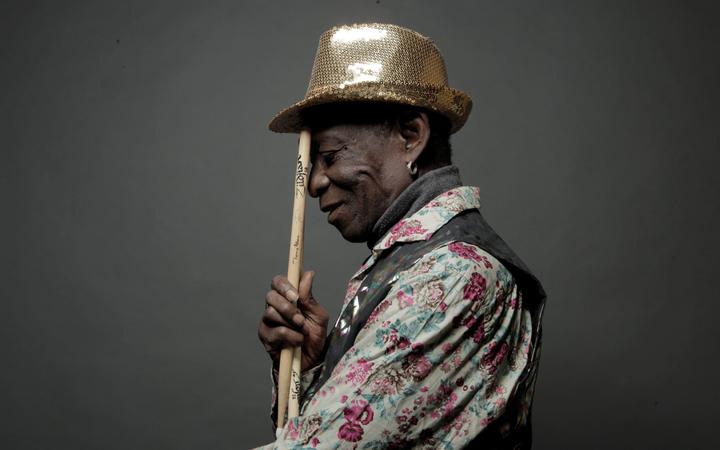 In late April, while much of the world was in lockdown, we lost one of the most joyful musical forces on the planet: the drummer Tony Allen. The legacy he leaves is profound.

He wasn’t just a master musician of great adaptability who brought imagination and grace to whatever musical setting he found himself in, but one who actually created new styles of music as he went. He played things that had never been played before.

He came from Lagos, capital city of Nigeria, where he began playing drums in his teens, inspired by American jazz musicians he had heard on record; musicians like Art Blakey and Max Roach, influences that would remain audible throughout his career. But after playing both jazz and highlife, the Nigerian pop music of the 50s and 60s, he came to work with another African innovator: Fela Kuti. And it was as drummer in Fela’s band Africa 70 and later Egypt 80 that he helped revolutionise music, laying the rhythmic foundations for the blend of jazz, highlife, James Brown-style funk and traditional Yoruba music that would be named Afrobeat and which eventually would travel around the world.

He went on to play everything from reggae (on Modern Answers To Old Problems with Jamaican guitarist Ernest Ranglin) to British folk-pop, with Damon Albarn’s The Good, The Bad & The Queen.

Rejoice! is the last album Tony Allen released in his lifetime, a collaboration with the wonderful South African trumpeter Hugh Masekela who died in 2018. And the album, begun almost a decade ago and completed after Masekela’s death and not long before Tony Allen’s, is like a conversation between giants.

It’s a jazz album, mostly acoustic, and, in a way, a tribute to the African-American pioneers both Tony Allen and Hugh Masekela were inspired by before they ever came to the West. At times this could almost be one of Miles’s mid-60s combos, with Masekela playing some of the hardest bop I’ve heard from him, while Tony Allen weaves and swings almost like Tony Williams.

About eighteen months ago he released Tomorrow Comes The Harvest a project that linked Allen with Detroit drum machine wizard Jeff Mills and oncer again two worlds collide in unlikely harmony. Mills’ real-time programming of his TR909 - which is a kind of virtuosic display in itself - frees up Tony Allen even more than usual to cut zig-zags across the beat. It’s busy and funky, and with the vintage synths and wah wah effects I’m reminded of Herbie Hancock’s pioneering Headhunters.

Listening to all of these joyful, celebratory recordings now Allen has gone is a poignant reminder of the big, swinging, funk-shaped hole he leaves behind.

Expect the Unexpected by the 79rs Gang 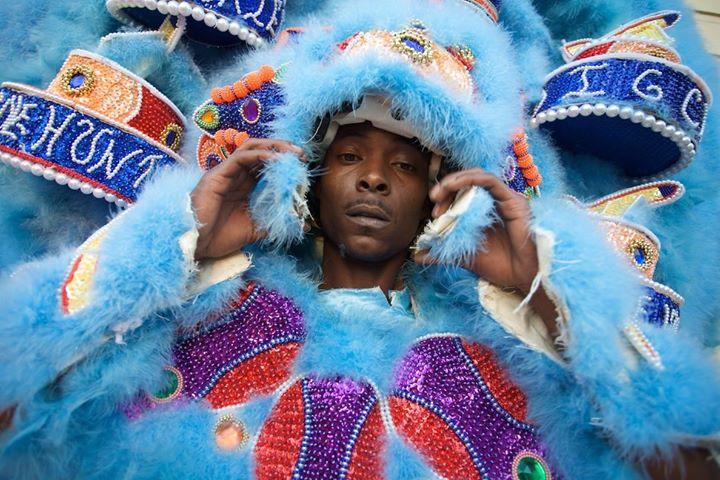 There’s an old carnival tradition in New Orleans that involves African-Americans dressing up as Indians and singing in the streets. No one can say for sure when and why it started. Some have traced it back to a group of runaway slaves in the 18th century who were given shelter by local Seminoles.

These Mardi Gras groups call themselves ‘tribes’ and give themselves names that identify the parts of the city they come from. They all have their own particular chants, which they accompany with improvised percussion - bottles, sticks, and if they were really sophisticated maybe a cowbell or a tambourine. But it isn’t just about dressing up, shaking a tambourine and looking pretty; up until the late 1960s there were often violent altercations between the different factions.

The 79rs Gang is basically a collaboration between two members of two of the 40 current Mardi Gras Indian tribes: Romeo Bougere of the 9th Ward Hunters and Jermaine Bossier of the 7th Ward Creole Hunters. The pair are both leaders - Big Chiefs as they call themselves - of their respective tribes, and have been known to bump heads. But both being aspiring rappers as well as Mardi Gras chiefs, they also have a lot in common and, setting aside their differences, have decided to pool their talents. And the result is this. 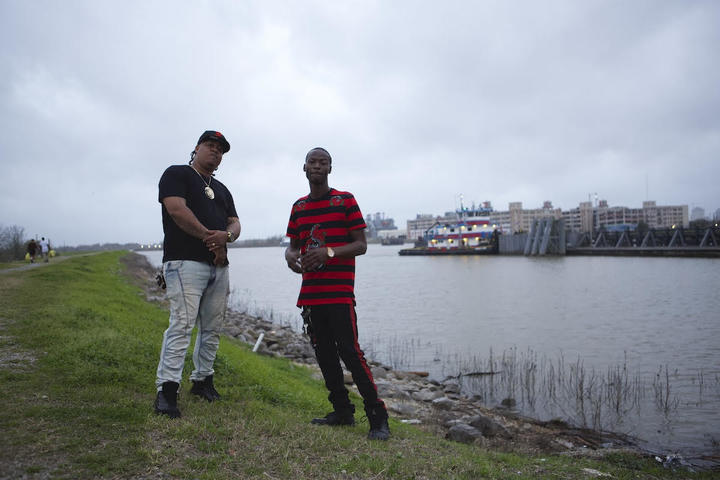 A typical Mardi Gras chant is hypnotic and repetitive, built on just two or three notes, often following a call-and-response form and driven along by a simple syncopated rhythm. In ‘Brand New Day’, you’ve got all of that. But you may also notice a synthesiser bouncing off the rhythm, which becomes more prominent as the track builds. Now you wouldn’t hear that in a street parade.

Producer Eric Heigle mixed these tracks at LCD Soundsystem’s New York studio. There’s not so much studio gloss that it gets in the way, but it’s enough to turn these raucous street chants into something more like an exotic kind of hip-hop or dance music. And you’ll hear other New Orleans street traditions woven into the fabric as well, like the second line brass band who feature on a few tracks.

Sometimes the 79rs will build a new chant on top of an old one, though the fact that they fuse so seamlessly is not only testimony to their skills but perhaps also a sign that, in a place like New Orleans, not much has really changed. There’s an old chant about the Louisiana flood of 1927; but here we are set down vividly in the middle of Hurricane Katrina, something Bougere and Bossier experienced first hand.

There’s a heap of history embedded in this ostensibly raw and simple music, and the 79rs address that history directly. Around the middle of this album all the percussion and production fall away and we are taught about Congo Square, the one place in the American South where, during slavery, blacks were allowed to play their drums.

People have long drawn parallels between hip-hop and the blues, but the music of the 79rs Gang, with its direct connections to the early chants, is far closer to the source than hip-hop; in fact, it likely predates the blues in its origins. Either way, as they say, culture is talking.

The 79rs Gang are just the latest in a long line of New Orleanians who have contrived to package the Mardi Gras chants for wider consumption. The chants of the Mardi Gras Indian tribes the Wild Tchoupitoulas and the Wild Magnolias were extended into great 70s funk albums that are worth tracking down. This explosively good album extends both traditions.