Nick Bollinger discusses a solo set from in-demand producer Blake Mills; an instrumental evocation of the capital city from cellist and taonga puoro player Ruby Solly; and a homage to AM radio from New Jersey native Nicole Atkins. 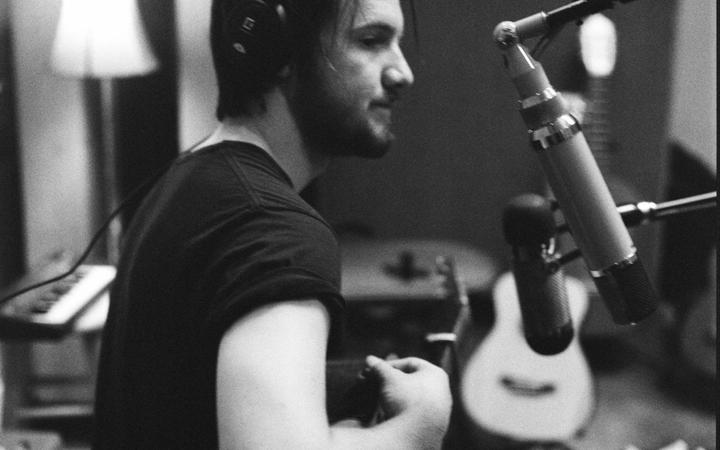 If you’ve heard the name Blake Mills, it’s more likely to be as a producer than a performer.

In the last few years this 33-year-old Angeleno has produced records for the likes of Perfume Genius, Laura Marling, John Legend and Alabama Shakes. All very different artists and the records don’t sound at all alike. It’s not as if there’s some generic ‘Blake Mills sound’. But he’s also a recording artist in his own right; a singer, songwriter and excellent guitarist.

Mutable Set is the fourth solo album Mills has made in between working on other people’s, and it’s apparent from the opening track that he’s in no hurry to get to the hook, if there is one. It’s a good couple of minutes of ambling ambience before he opens his mouth, and even then it’s just a few laconic lines, as though he’s still warming up to the idea of communication. If you’ve heard any of his earlier solo offerings it won’t seem entirely unfamiliar. They have all been low-key, semi-acoustic, with guitars and voice to the fore. But he’s become increasingly bold in the way he presents these essentially intimate performances, and this latest collection is both bolder and more intimate than anything he’s done yet.

Sometimes it’s just an unusual chord change or melodic turn that takes the ear by surprise seems to twist the song sideways in the process.

For someone who has earned plaudits for his guitar playing, it can seem as though he is deliberately trying to avoid drawing attention to it. And sometimes he’ll put the guitar aside altogether, and instead set up the chords and rhythm on some other instrument, like whatever it is - it might be a toy piano - that rattles ominously and hypnotically through ‘Money Is The One True God’.

At other times, he seems to be embracing a deliberate primitivism, as though he’s unlearned some of his licks in order to surprise something out of himself. And if that’s what he’s doing, it seems to work. Songs like these will take sharp turns to avoid hitting a singer-songwriter cliche. When he does whip out a guitar solo, it’s fantastic - but again, not what you would expect. Listen to what he plays on ‘Vanishing Twin’: it’s gnarly and abstract and makes my teeth vibrate.

If Blake Mills is clearly having fun, running amok in the studio with a toy box full of sounds, he’s also reinforcing the mood of the songs. Modern man and modern woman are at the centre of his songs, as they contemplate the world they are both inheriting and responsible for. Yes, he’s Californian, and ‘Summer All Over The World’ might sound the title of a lost Beach Boys song, but it’s also a confronting metaphor for climate change.

As for his singing, though it might be overshadowed by his other musical virtues, Blake Mills sings well too; I’m reminded of both Elliott Smith and M. Ward, though he’s more low-key than either.

Blake Mills records are more understated, less obviously commercial than the ones he produces for other artists, and as those other records are presumably paying his bills maybe that’s something he has the luxury of not having to worry about. So is he just indulging himself? One might think so, only every time I listen to Mutable Set it gets better. It’s a record that forces you to slow down and pay attention to small things. And in the end Blake Mills has done the same thing here that he’s done with any artist he produces. He’s taken them somewhere they haven’t been before. 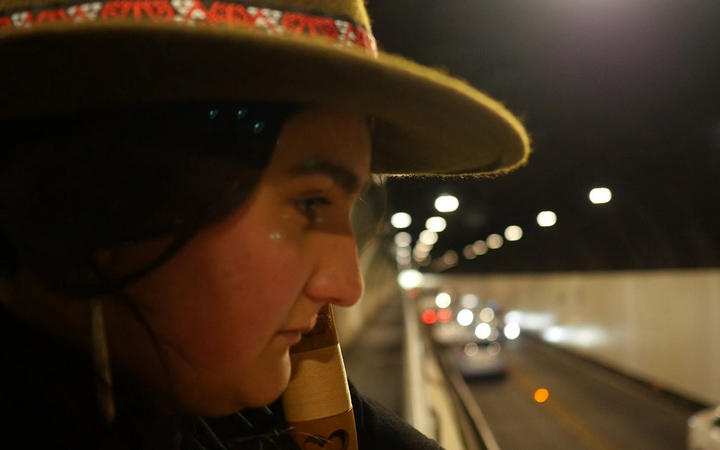 I was only a few moments into listening to this new local album when I was struck by a weird feeling of familiarity. Not that I had ever heard this music before, or for that matter anything quite like it.

It is the debut solo release from Wellington-based musician Ruby Solly. And what felt familiar to me wasn’t the cello and taonga puoro - the traditional Maori instruments - which I’ve never heard in this particular combination anywhere. Rather it was the powerful sense of place conjured by these compositions. The album is called Pōneke and the eleven pieces all depict aspects of Poneke, or Wellington - which happens to be my hometown.

Ruby has built these pieces on beds of ambient sound, presumably captured in different parts of the local environment, and all it takes is the call of gulls over Wellington Harbour to locate me in quite a specific and recognisable place. Other times it’s something more abstract that is conjured, though the titles offer suggestions - like this one, which she calls ‘Waimapihi’, after the stream that runs underneath central Wellington. And even if you didn’t know that, you might find the musical imagery she creates evocatively subterranean.

Though Ruby Solly is also a poet, the only voices here are those of her instruments, of the land, and a few of its non-speaking inhabitants. But the pieces don’t ramble on formlessly as ambient music is wont to do. Rather, they have the concision and compression of well-made poems.

The past, present, and possibly future seem to exist simultaneously in this music. Car horns play against the wind; earthy bass and cello notes sound somewhere beneath the ethereal tones of a koauau. But at times there is a feeling we’ve fallen down a time tunnel into some version of this place before cars or even people ever touched down here.

The other thing these compositions convey is time of day, and it is appropriate that, by the time we reach the last of these eleven pieces, night has fallen, and Ruby duets with another voice that I’ve always associated with Poneke, and which I used to hear at night as a child calling across the town belt; the voice of the morepork.

Pōneke certainly isn’t a pop record, nor is it electronica as such, though its electronics are certainly integral to its subtle and skilful layering. But it’s a meditative, at times melodic, always richly atmospheric set of compositions. And for me, it feels like home. 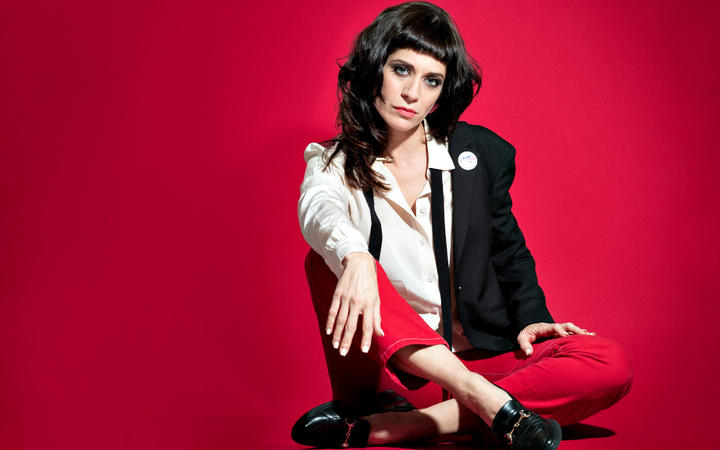 If it’s new frontiers of sound or deconstructed song forms you’re after, you won’t find any of that on this album. It has a lot of other things going for it, though.

Nicole Atkins is a 40-something American singer and songwriter who, without sounding especially radical, makes a kind of record that not many others are doing. Basically, she likes to put a lot of people in a room, teach them a song and hear them play together. It’s not the sort of thing you could do under lockdown, and presumably her latest album was finished ahead of the Covid crisis. But it does have a particular flavour that would be hard to replicate if musicians were flying in their parts from home studios, let alone flying solo with a sample library. And if it sounds like a lot of things you’ve heard before, that’s probably because all records used to be made this way.

I remember reviewing her debut Neptune City when it came out a dozen or so years back and I noted then that she seemed like an old soul, with shades of Dusty Springfield and Roy Orbison in her brand of symphonic pop. For much of Italian Ice the reference points are more recent, but only by a bit. In ‘Forever’ I hear traces of Cyndi Lauper, though Atkins finds her own song there before the initial similarity to ‘Time After Time’ becomes actionable. Yet I often get the feeling there’s an older song lurking somewhere behind the new one. In ‘Never Going Home’ it could have been almost any Bobbie Gentry tune  - that opening 7th chord is almost a Gentry patent - but again it provides a template for something that Atkins quickly makes her own.

From Brill Building ballads to country funk, the common thread through Atkins’ music might be that it consistently comes back to things one would have heard on the radio; initially on contemporary pop stations, these days on AM classics. And that might be a reflection of her musical background. Her vocabulary isn’t that of the hip alternative and student radio playlists. Atkins grew up in New Jersey, a radio kid like Bruce Springsteen whose music similarly draws without shame on mainstream radio pop. And the opening song ‘AM Gold’ is an affectionate acknowledgement of those roots.

Though Atkins is a New Jersey native, these days she lives in Nashville, which has long been home to music professionals of all stripes, not just the country musicians for which it’s famous. But to record this latest record she went even further afield: to the legendary Muscle Shoals Studio in Alabama, where she worked with bass player David Hood and pianist Spooner Oldham, Alabama natives who have been recording there since the 60s. But they are just part of a polyglot group she put together for the album, which also included guitarist Binky Griptite from Brooklyn funksters the Dap Kings, drummer McKenzie Smith from alt-rockers Midlake and percussionist Jim Sclavunos from Nick Cave’s Bad Seeds. That’s an eclectic combo, and yet with these urbane, timeless, beautifully crafted pop songs Nicole Atkins has provided them with a language they can all speak.