Nick Bollinger discusses another concept album about intimacy from Perfume Genius; story-songs with deep Balkan roots from Damir Imamovic; and the Afro-futurist jazz of Shabaka and the Ancestors. 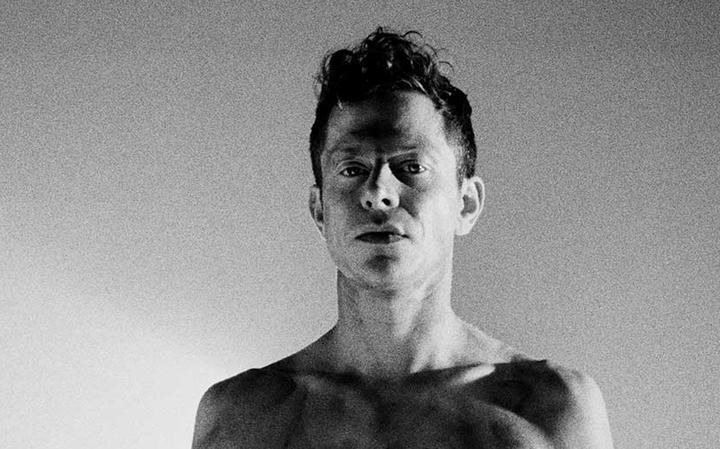 Set My Heart On Fire Immediately by Perfume Genius

There’s a double irony at the heart of this album that I’m sure Mike Hadreas, the artist who performs as Perfume Genius, appreciates.

It elaborates on the themes that have driven the work of this queer-identifying artist since his debut a decade ago. It’s a record that takes its inspiration and its energy from human contact. Hadreas sings, with sometimes confronting frankness, about various kinds of encounters, often sexual and palpably physical, and yet he’s released it into a world that is adjusting to a new normal of social distancing. Only to compound the paradox, it’s an album so detailed and rich that it’s perhaps best enjoyed in solitude anyway.

The early Perfume Genius albums were largely home recorded affairs, and some of their intimacy was simply Hadreas making a virtue of budget constraints. But with each new release he’s grown his musical palette and this latest one, produced like 2017’s No Shape by multi-instrumental wizard Blake Mills, is by far the lushest, most instrumentally sumptuous record he’s made. There are live musicians, including legendary session names like Jim Keltner and Pino Palladino. There are glockenspiels, harmoniums, harpsichords and violins. And where Hadreas’s songwriting refers to classic pop styles - for instance the obvious Roy Orbison-isms of a song like ‘Whole Life’ that opens the album - he has the instrumental firepower to back him up.

Hadreas has never sung with more romantic yearning, and a less ambitious artist, buoyed with such an achievement, might stay in that zone for a whole album. But this collection, while thematically cohesive, covers a broad musical ground. And from the Orbisonian opener we drop into the glam-metal power chords of ‘Describe’, only to find the song dissolving into an atmospheric coda in which you can faintly hear Hadreas whispering in the dark. It’s still the same album - in fact, it’s still the same song! And yet it’s an early warning of what an excitingly diverse album this is.

Hadreas is one of the brave artists who isn’t afraid to fail; who will reach outside his comfort zone if there’s a chance it might enrich his work. And some of the inspiration for this album comes from an earlier project that was met with less than unanimous acclaim. Last year he collaborated with dancer/choreographer Kate Wallich on The Sun Still Burns Here, in which he performed as both dancer and musician. The New York Times was sniffy, comparing it to “putting on a show in the basement with mom’s old sheets” and calling it “too hokey for transcendence”. And yet the physical explorations of that experiment have not only informed the videos he’s made for this album so far, but have clearly opened something up in his songwriting as well. In the synthesiser-driven drama of ‘Your Body Changes Everything’ (as he sings ‘Give me your weight, I'm solid/Hold me up, I'm falling down…’) he might be literally describing a dance. In ‘On The Floor’ the music simply sets up such a deeply satisfying groove, it is as though a dancefloor had willed it into existence; a perfect bubbling piece of 80s dance pop, and again Hadreas could have made a whole album like this, had he been less daring. Instead, it’s just one moment in a programme as varied in its own way as Sgt. Pepper, held together by the unity of its theme. And that theme itself is a daring one: intimacy, of various kinds, and the complexity of feelings that go with it. But Perfume Genius has been working with variations of this theme for a good decade already. This beautifully composed, expertly executed album is just where it all comes together. 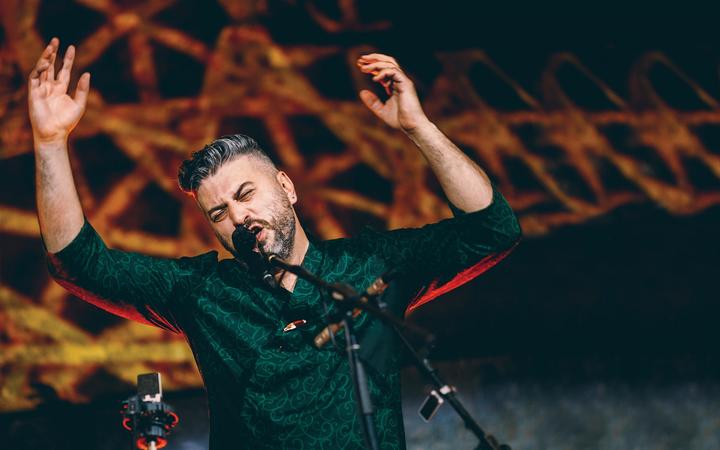 Singer of Tales by Damir Imamovic

I don’t know how much great music I would never have heard, had it not been for the discerning ears and sharing spirit of Joe Boyd.

For those unfamiliar with the name, Boyd is a record producer, American but a long-time British resident, and the list of artists he’s brought to public attention is almost ridiculous, starting in the 60s with Pink Floyd and Nick Drake, all the way up to this.

Damir Imamovic is a Bosnian singer of a type of music known as Sevdah; a poetic narrative song tradition with roots in the Balkans that can be traced back to medieval times. But Damir latched onto this ancient and fast-fading tradition around the turn of this century, when he was just in his twenties. And along with old recordings, he made it his task to learn what he could from the scattering of Sevdah singers still alive. ‘Poljem se vija Hajdar delija’ translates as ‘Haydar the Brave’ and depicts a kind of Lone Ranger figure, riding a black stallion across the plains, ’floating like a wave’, while ‘Kafu mi draga ispeci’ (‘Make Coffee For Me, Darling‘) is a romantic love song; in fact, Damir sang it a few years ago at the wedding of Joe Boyd and Andrea Goertler, who together produced this album.

So what did they do that distinguishes this record from the ones Damir had already made in his home of Sarajevo? For one thing, Boyd and Goertler took Damir to Berlin, where they recorded with the great sound engineer Jerry Boys, who engineered the Buena Vista Social Club album.

But it is also the home of bass player Greg Cohen, well known for his work with the likes of Tom Waits, and the addition of this American jazz player to Damir’s already vibrant Balkan rhythms creates an extra dynamic.

But the other two musicians come from diverse backgrounds as well. Violinist Ivana Ðurić, like Damir, hails from Sarajevo, but with a training in classical rather than folk music, while the kemenche, that distinctly Mediterranean bowed sound, is played by Derya Türkan, a master musician from Istanbul. Oil and water it isn’t: more like a controlled palette of colours, each bringing the others to life. The arrangements are varied too, and a song like ‘Puhni Tihi Vjetre’ (‘Oh the Softest Wind’) is appropriately performed as a breath-like duet with just Damir’s voice and Greg Cohen’s bass.

As I say, I doubt I’d ever have heard any of it if Joe Boyd hadn’t fallen in love with this music and pushed it out into the world, which along with ‘River Man’ and ’Arnold Layne’ is just one more thing I have to thank him for. 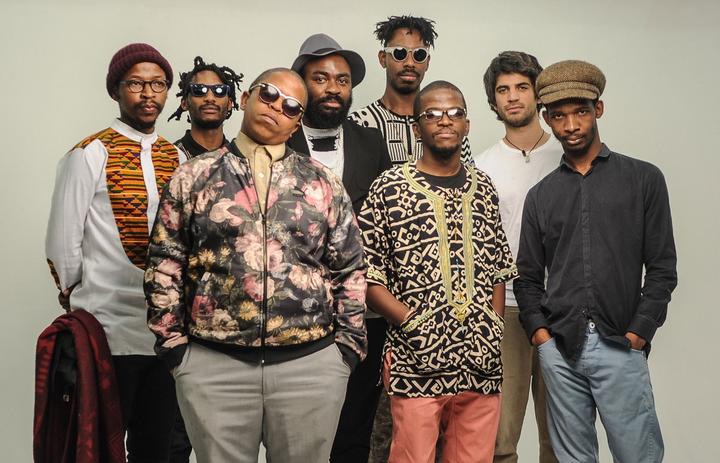 Shabaka and the Ancestors Photo: supplied

We Are Sent Here By History by Shabaka and the Ancestors

If you’ve been paying even fleeting attention to British jazz in recent years, it would be hard to have missed the name Shabaka Hutchings, if only because he’s kept himself so busy he seems to be everywhere. The London-born, Barbados-raised and these days London-based saxophonist and composer came to New Zealand a few Wellington Jazz Festivals ago with the ecstatic, Afro-futurist combo The Comet Is Coming!, but that’s only one of several ensembles he juggles, which also include Shabaka and the Ancestors: an ongoing project that pairs him with a group of South African musicians. We Are Sent Here By History is the second album they have made together. It is a serious piece of work that looks both forward and back.

To deal with its futurism first: for these compositions Hutchings has collaborated with vocalist Siyabonga Mthembu whose lyrics - in Zulu, Xhosa and English - address the urgent need for human change, as the world faces a raft of crises. But rather than linger on the negative, Hutchings has talked about ‘articulating our utopias’ and that seems to be what’s going on in pieces like ‘We Will Work (On Redefining Manhood)’ and ‘Run, The Darkness Will Pass’.

Sometimes it is Shabaka and the other players who articulate their utopias through their instruments. Sometimes the lyrics are chants or choruses, and occasionally Mthembu recites his lyrics, in a kind of poetry-and-jazz tradition.

When things get going the results can be exciting, especially in the rhythmic cauldron of African, American and Caribbean beats that bubbles through these tracks. But the music looks back as much as it looks ahead. With Nduduzo Makhathini’s Fender Rhodes keyboard the only electrified instrument, the sound gravitates to that of a mid-60s Miles or Herbie Hancock group. But even more, I’m reminded of the innovative African musicians like Dudu Pukwana and Johnny Dyani who based themselves in Europe in the 60s and 70s.

Hutchings himself takes his cue from the great saxophonists of that era. There are echoes of Sonny Rollins, Pharoah Sanders and especially John Coltrane, who he will still sometimes quote from directly in his solos.

Shabaka and the Ancestors’ We Are Sent Here By History is an album that is perhaps more admirable than it is entertaining. The spoken sections, while providing a focus for the concepts behind the music, can seem like an intrusion, or instruction. Rather than inspire the instrumentalists, at times these seem to be holding them back. And while the high points are wonderful, I just find myself wondering at times whether this is music sent by history or weighed down by it.