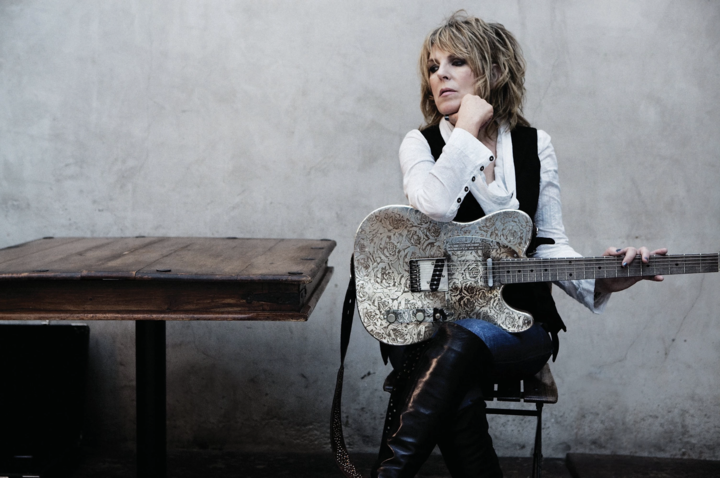 I still remember the first time I ever heard Lucinda Williams.

It was 1988, and her self-titled album, the one with the black and white photo and her name scrawled in red, had arrived amongst a bunch of indie rock stuff from the label Rough Trade. I’d seen no pre-publicity, knew nothing about her, had no preconceptions. I was stunned by how good it was; how songs as powerful as these could come seemingly out of nowhere.

Most of all, I thought this might be the most truthful voice I had ever heard. She was from the American South, that was obvious, not only from her accent or places she named in her songs such as Beaumont and Mandeville, but also from the pool of blues and country from which she fished her melodies.

But there was an emotional truth too, that went beyond cultural or geographical authenticity. When she sang these songs she had written, she made no attempt to make them pretty, as singers - especially women singers in the genre known as country - were expected to do. And the songs themselves felt truthful in the same unprettified way. When she wrote about lust or abandonment or bodies or brands of beer it was in a language that was startling for its lack of artifice.

As it turned out, this was already the third album Lucinda had made, though most people, like me, hadn’t noticed the others. She has made ten more albums over the three decades since. And you can hear them as a chart of her life and the changes that have shaped her over that time.

On her latest, Good Souls, Better Angels, her voice sounds ragged, jagged, jaded and pissed off. In fact, the voice on that first album, which sounded so truthfully unvarnished to me, seems positively mellow by comparison.

There are singers who miraculously maintain the voice of their youth into their later years; Mick Jagger or Chrissie Hynde, for instance. But Lucinda falls more into the category of a Marianne Faithfull or a Bob Dylan; one whose voice has been ravaged by time, and who has found ways to use those ravages for dramatic effect. Dylan seems a particularly relevant comparison here, as some of Lucinda’s new songs take on his style of sermonising.

The influence of ‘Masters of War’ - including that line about hiding behind a desk - is apparent in ‘Man Without A Soul’, a song that most listeners will automatically hear as an ode to Donald Trump, though Williams has said, well it could be about Mitch McConnell too. And it’s not the only song here where Williams seems to be using a political spark to ignite her writing. These aren’t bad songs at all, and yet they feel less personal; as though she is amplifying a public conversation rather than sharing a private dialogue as her best work has done in the past. And as serious as the song might be, the tortured voice can make it seem as though the point is being laboured.

On the other hand, that angered, injured tone is nothing less than what is required for ‘Wakin’ Up’, a song that is as unstintingly personal as anything she’s ever written.Lucinda has always been fearless in getting rid of the fancy metaphors and stripping back to plain language, and she’s never said it plainer than in this graphic account of an abusive relationship. Like the political songs it’s musically abrasive, with Lucinda’s trio hammering hard behind her.

But there is some light and shade too, as well as the occasional powerful metaphor, and while her voice sounds just as raw, in ‘Big Black Train’ the subject of depression is approached through an old blues and gospel analogy, and with a delicate shimmering accompaniment.

nd there’s the occasional excursion into territory that, for a musical traditionalist like Williams, is adventurous and unexpected. ‘Pray the Devil Back to Hell’ might revisit the old southern gothic tropes of religion and temptation that she’s used before, but the faintly Middle Eastern violin is a new addition.

Good Souls Better Angels is not the greatest album Lucinda Williams has ever made, but then she’s set herself an almost impossible benchmark. It’s an album that measures the passage of time, that reflects where Lucinda finds herself today, how she sees the world, how she gets by, and it is still about as truthful an album as anyone could make. 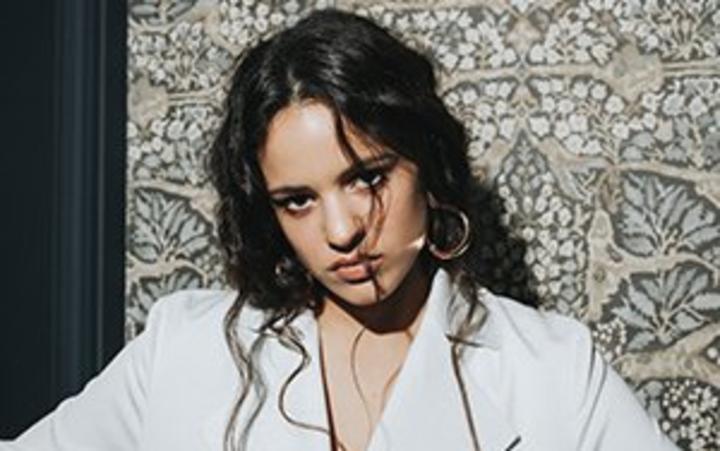 ‘Dolerme’ and ‘Juro Que’ by Rosalia

There’s no new album from this artist, but a couple of singles this year have got me hanging out for one.

In the past couple of years this Spanish singer has brought both an extraordinary voice and elements of a tradition that hasn’t often bothered the global pop charts.

She started out singing flamenco and her first album, Los Angeles sat firmly within the tradition; a collection of cante with death as its organising theme, delivered in a stunningly expressive voice.

But she’s also a twenty-something product of modern pop. She was the guest voice on last year’s James Blake hit ‘Barefoot in the Park’ and his influence is apparent on her latest single ‘Dolerme’. You can hear two worlds colliding; the passionate voice of the cantora in the verses and the contemporary pop star, complete with autotune, in the choruses - and if there’s anyone who doesn’t need a machine to keep her in tune it’s Rosalia.

But it was the other single she released this year, back in January, that really made me curious about what could happen in a flamenco-electro pop fusion.

With flailing guitar ’Juro Que’ is unmistakably flamenco, but it’s also a bad boy ballad in the ‘Leader of the Pack’ tradition. “My guy has been imprisoned for more than four hundred days, I had him in my arms in bed when the police arrived” goes the opening verse. And again there are hints of synth and autotune that, combined with the guitar and that voice, make Rosalia a modern girl. I particularly like this track and am looking forward to hearing more. 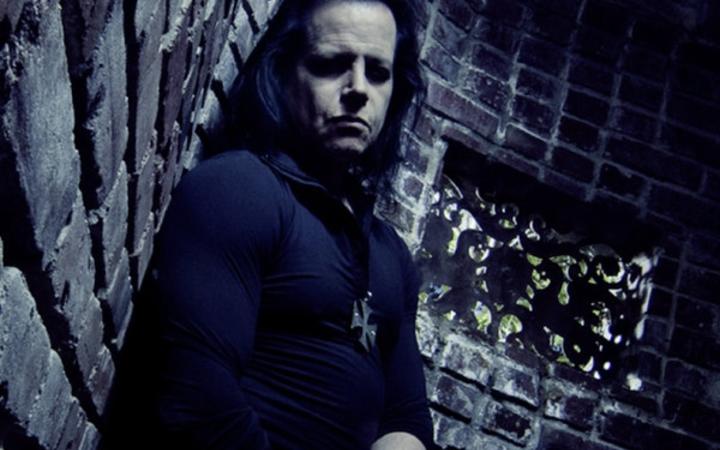 Emerging from the punk uprising of the late 70s, Danzig’s original band The Misfits was aptly named as they never quite fitted in. With the strong influence of horror movies and anime, they leaned increasingly towards heavy metal, though they were a square peg in that hole as well. Eventually Danzig formed a new band under his own name, and that didn’t conform to any genre either. He also wrote comics, contemporary classical music, songs for Roy Orbison and Johnny Cash - and now Danzig Sings Elvis.

In actual fact, an album of Glenn Danzig singing Elvis songs shouldn’t be all that surprising. Always notable for a dark baritone voice in a genre dominated by screeching tenors, Danzig was an admirer of Elvis before he ever stepped in front of a mic. And while his vocal style has sometimes been compared to Jim Morrison’s, what people might actually have been hearing in Danzig is his and Morrison’s shared love of Elvis.

If none of that really explains why he has chosen this moment to release Danzig Sings Elvis, I guess it is for the same reason this wilful oddball ever does anything: because he wants to. Still, it is interesting to consider how this fits into the wider pantheon of All Things Elvis.

For a start, it’s clear from the outset that, unlike so much Elvisophilia, Danzig’s intention isn’t ironic, post-modern or camp. His love of Elvis and these songs associated with him is sincere, and that comes across in the performances.

There hasn’t been a whole lot of radical reinvention here. Danzig takes these songs at much the same tempos and in surprisingly similar arrangements as Elvis. The only real difference might be a bit of extra fuzz tone on the guitar. As for the voice, for the most part it’s not like Danzig is particularly trying to sound like Elvis; he just does - though the slap echo can only help. But if there are times when he does resemble a runner-up in an impersonators’ contest, there are other moments where he might have forgotten about Elvis altogether and is simply feeling the song. And there’s a surprising fragility at times, that runs counter to the macho cartoon character Danzig usually presents.

‘First In Line’ is not one of the top ten or even top fifty Elvis songs that usually spring to mind, but it’s a good one, and this album pokes around in the lesser-known corners of the Presley songbook quite a bit. By the same token it avoids most of the biggest hits: there’s no ‘Hound Dog’, ‘Heartbreak Hotel’ or ‘In The Ghetto’. It largely avoids the Vegas-era, though Danzig does tackle the deathless ‘Always On My Mind’ with predictably sludgy results.

Perhaps even riskier for a man in black is ‘Pocketful Of Rainbows’, a colourful if somewhat-overlooked ballad originally from the G.I. Blues soundtrack.

I doubt Danzig Sings Elvis will thrill fans of the Misfits, or anyone whose life was improved by 6:66 Satan’s Child. Nor, do I imagine, will Elvis appreciators have much need for it; after all, they have got Elvis. In the end, I suspect this record is mostly for Glenn Danzig himself. He obviously gets a kick out of it; and I’ll admit with a slight trace of guilt, so do I.