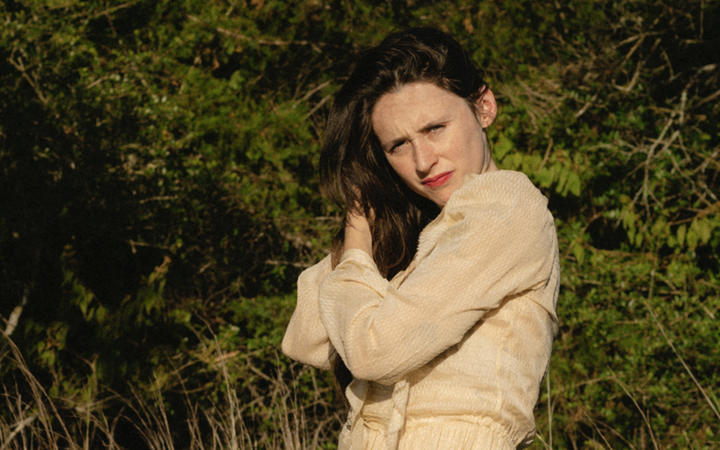 It’s ten years since Katie Crutchfield released her first recordings as Waxahatchee, and over time her bedroom indie rock has become something more refined, yet the things that have always made her special are as distinctive as ever.

Her new album Saint Cloud, opens with a solemn overture as Crutchfield argues with her inner voice, over a slow processional drumbeat and a whirring keyboard loop, and not a trace of the guitar that is normally at the heart of her music. It’s an arresting start, though, as it turns out, not typical of the album.

Jangly country rock remains her default setting, and if that sounds pleasantly unambitious, you could perhaps see the plainness of the music as a measure of how little help Crutchfield actually needs. It’s her voice and songs that do the heavy lifting, and these have never been in better shape. There’s her voice, for a start. Someone once said that the southern accent is the original voice of rock’n’roll, and if that’s true then this Birmingham Alabama native is one of rock’s native speakers. Like Dolly Parton or Lucinda Williams, she makes no attempt to conceal a southern twang, and she sings with the ease of someone for whom song and speech are on a continuum.

She’s never sung more confidently or characterfully, and doubles her leads with slick high harmonies which, on a song about her witchy best friends (‘Witches’) makes her sound a something like a southern Stevie Nicks.

If Crutchfield has taken some pop lessons in her production, she’s also applied them to her songwriting. Though she’s never been shy of a good hook, these latest songs make sure those hooks are gleaming. Though she will let her verses ramble on as long as they need to, she always makes sure they are leading somewhere and that destination is usually a strong chorus, almost always sung in a higher register, like a gear change as she hits the open road.

It is Crutchfield’s use of language that remains her most vital and quirkiest feature. She loves words; as much, I think, for their sound as for the unstable states they can evoke. “I run it like the drop of kismet/I run it like a dilettante”, she sings in that song ‘Lilacs’ and no, I don’t have a clue what it means, but I can feel it, just like I can almost see the pair of ‘vacillating eyes’ in the song she calls ‘Hell’.

But the lyrical tour-de-force of this set is a ballad, deep in the second half of the album. Titled ‘Arkadelphia’ - and isn’t she great at finding the poetry in those southern place names? - she sings over a Springsteen-y strum, a lament for a friend who didn’t make it through. It’s a ‘there but for grace of God go I’ song, as she contemplates alternative endings. In lesser hands something like this could be lachrymose. Instead it’s a highpoint among many. 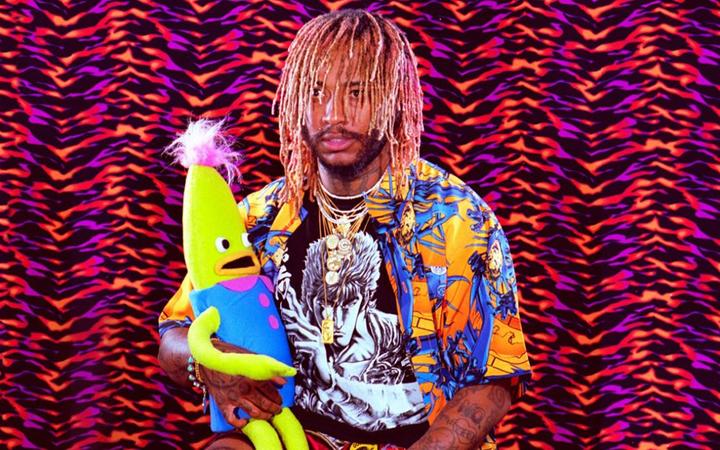 It Is What It Is, by Thundercat

Thundercat calls out to us across sonic space at the beginning of his new album It Is What It Is. But for those needing a more formal introduction, Thundercat is the performing name of Stephen Bruner, Los Angeles-born composer, producer and bass player. He’s played with everyone from Eykah Badu to Suicidal Tendencies, but reached his widest audience with his work on Kendrick Lamar’s game-changing hip-hop album To Pimp A Butterfly, where not just his bass playing but also his compositional skills played an audible part.

In 2018, off the back of his solo album Drunk, he played in New Zealand, and the show I caught was a wild ride, as Bruner drove his six-string bass way over the speed limit through a set that only slowed down for the familiar refrains of Kendrick’s ‘These Walls’ and ‘Complexion’, before revving off again into supersonic improvisations.

There’s no question about it; he can play the hell out of that thing. Curiously, though, the tunes he writes aren’t the kind you’d think would naturally lend themselves to hundred-mile-an-hour bass solos. They are often dreamy and soulful, as you’ll find on this new album.

There’s a bass pumping busily beneath the gentle changes of ‘King of the Hill’, a song that reminds me of Marvin Gaye in the way it weaves multiple vocal parts and its deep introspection. At other times his melodies almost reach into Brian Wilson territory, like the beautiful tune he dedicates to his friend and YouTube personality Louis Cole (‘I Love Louis Cole’); except the floating falsetto is offset by a bass and drums that seem to have the velocity of a jet down a runway.

It’s this kind of weird juxtaposition that I at first found jarring - the frantic rhythm against the delicate melody - but I have come to like more with each listening. It’s like two sides of a brain, one part meditative and inward-looking, the other bursting with outward energy, and we’re hearing them both at once.

Bruner seems to have the entire history of black American music at his fingertips, and mixes and matches, with his own brand of comic-book humour. But if there’s an era he particularly gravitates to it’s the 70s, who funk and jazz-rock fusion were at the cutting edge. And there are times when it’s like listening to Parliament in their prime, only with Stanley Clark sitting in.

‘Black Qualls’ is a solid track, with a supercharged frontline featuring guests Childish Gambino, funky preacher Steve Arrington, plus Steve Lacy from The Internet, and I could happily listen to a whole album of it.

But some of the tracks, far from outstaying their welcome, jump to the next glittering idea before they have really got started. Tunes like this one function more as musical links than fully developed songs.

Of course it’s a mark of self-confidence that Thundercat can toss away, after a few bars, ideas that others would milk for all they were worth; he knows there are always more where they came from. It’s as though Bruner gets bored with his ideas before the listener does. Is that the problem with being too good? Perhaps. But for the best parts of this album - and that’s a good chunk of it - Bruner’s virtuosity comes together with thoughtful, soulful songwriting to make something that is beautiful in unexpected ways. As listeners, all we have to do is try and keep up. 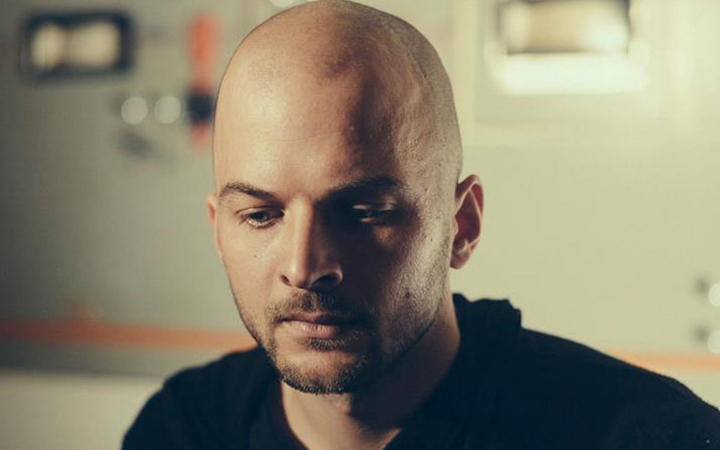 If I had set out looking for the antithesis of Thundercat’s funky maximalism, I couldn’t have done much better than pick up the album that arrived last week from German musician Nils Frahm.

Frahm has often been called a minimalist, but this latest release is minimal even by his standards. A keyboard player adept with both acoustic and electronic sounds, his music is intricately constructed for combinations of instruments that he has often modified himself. His 2018 release All Melody made great use of a personally customised pipe organ, which featured alongside bass marimbas, choir voices, and a clattery old piano her had found in a Danish junk shop. But there’s no such exotica on this latest record. It’s called Empty, and it is.

These eight solo pieces, all played on what sounds like that Danish junk shop piano, were actually recorded several years ago for an art movie by French director BenoitToulemonde, which as Frahm dryly notes was never “a big box office hit.” Perhaps this music would make more sense heard alongside the images, but there’s no guarantee of that; the film’s unusual editing technique involved showing a completely black screen for minutes at a time. And Frahm’s release of the soundtrack now, partly to mark Piano Day - an occasion he initiated a few years ago - but also in acknowledgement of “these unprecedented circumstances we find ourselves in”, suggests the music should stand up on its own.

All Melody was certainly more melodic than this, but even then, his concern was actually less with melody than with tone. And for great chunks of Empty that’s pretty much all there is; a study of sounds moving through space. And it’s not just the struck notes of the keyboard, but all the accompanying shuffles, scrapes, hisses and breaths, a kind of accidental percussion, that he is deliberately drawing our attention to. At his most minimal, and extreme, is the piece he calls ‘Sonar’, a duet for keyboard and what sounds like rain, in which he slowly and deliberately stacks harmonies upon a single sustained chord.

Frahm calls this an album of lullabies, though I don’t find it quite as restful as the word implies. Still, it feels like an echo of these times: solitary and unsettled, with glimmers of hope and beauty.