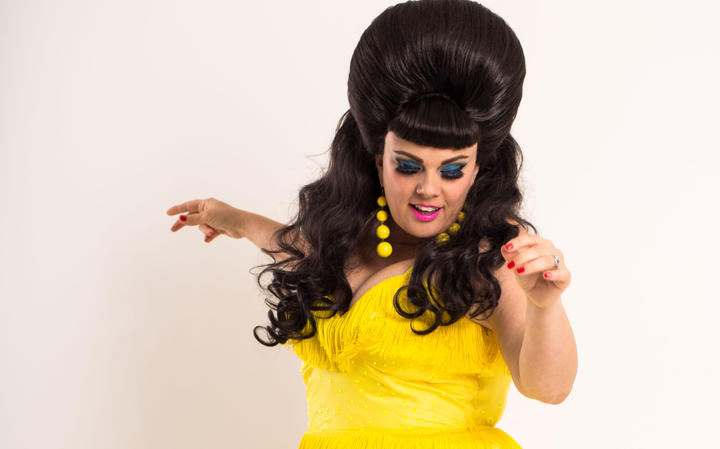 There’s an old tradition of pop songs built on street chants. Think ‘Iko Iko’, ‘Tutti Frutti’ or ‘Ten Little Indians’. It’s a tradition that Tami Neilson takes up with a vengeance on Queenie Queenie’, cleverly turning a schoolyard rhyme into a pointed piece of feminist advocacy.

Queenie Queenie’ isn’t the only immediately hooky song here, but it’s a good example of how stripping things back is working for her.

Chickaboom! is Tami’s second album in just over 18 months and her fourth since Dynamite!, the 2014 album where she teamed up for the first time with mover-and-shaper Delaney Davidson. Getting Davidson to produce that record marked the moment she left the straight furrow of mainstream country music that she had been plowing since her arrival in New Zealand from Canada seven years earlier and headed off into the much more interesting swamps of jukebox rockabilly, gospel, torch song and hillbilly twang. And there’s all of that on Chickaboom!: a lot of twangy guitar (most of it Delaney’s), and the unstoppable rhythms of the excellent Joe McCallum.

Mostly, though, what makes these durable old styles work for her so well is her ability to adapt them to things she really wants to say. In this case it’s the theme of female empowerment that runs right through the record, from the multi-tasking mother of ‘Queenie Queenie’ to the singer addressing a recalcitrant partner with withering irony in ‘Call your Mama’, the tough opener.

But Chickaboom looks back in another sense too. Tami’s shift to New Zealand meant separation from what seems to have been a particularly close-knit family; she had been touring and performing since childhood as part of the Neilson family band. But once of the joys of Chickaboom is that it reunites her with her pickin’ and harmonisin’ brother Jay, these days based in Nashville, and with its gently stated, border-town feel, their get on ’Any Fool With A Heart’s one of the album’s sweetest, most sublime moments.

And there’s ‘Sleep’, where those sibling harmonies move even closer together. It doesn’t hurt that the song itself, a beautiful country lullaby, is strongly reminiscent of the Everly Brothers, maybe the greatest sibling harmony tea of all time.

Mostly though, Chickaboom delivers music designed to wake you up, rather than lull you to sleep. And it could well be that this is the album to wake up listeners in North America. While the Canadian expat has established herself here as a kind of national treasure she has, ironically, only more recently begun to be noticed in the continent of her birth. But with No Depression magazine hailing this as “the first great album of the year” and Rolling Stone starting to take notice, we might be finding soon that we have to share Tami Neilson. Luckily, Chickaboom has enough to go around.

Sam Lee is one of a current generation of English singers exploring their country’s folk roots, and he’s one of the most significant. He also has an approach to these old songs that’s notably different from the folk singers that revived such material in the 60s. 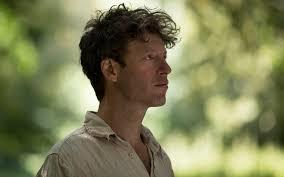 Take his version of ‘Turtle Dove’, one of hundreds of songs collected early last century by the musicologist Cecil Sharp, which found its way into the repertoires of everyone from Joan Baez to the composer Ralph Vaughan Williams. Lee’s version builds dramatically with rumbling drums, eerie strings and a solemn tolling piano, all of which serve to buttress the chief instrument which is his voice: a strong, clear baritone, firmed up through years of unaccompanied singing.

But unlike so many folkies who learned their songs from books, records or someone at the open mic night, Lee has made a practice of collecting songs the old-fashioned way; in the oral tradition. Lee has sought out Roma, gypsies, Scottish and Irish travellers, spent years befriending them and earning their trust and ultimately learning their songs, first-hand. And his way of singing - fluid yet nuanced, without artifice or melodrama, letting the songs speak for themselves - comes from the close attention he has paid to his old mentors. His first two albums Ground Of Its Own and The Fade In Time are full of this ancient material and it forms the foundations of this latest set too.

Yet however historic the sources, it’s pretty clear Sam Lee isn’t creating a museum piece. His previous albums featured trumpets, violins and an extraordinary assortment of percussion, the total effect sometimes coming weirdly close to electronica and the new album is just as creative, though uses a more conventional palette. Lee has worked here for the first time with producer, and former Suede guitarist, Bernard Butler, and he brings a measured elegance.

A passionate advocate for wilderness protection and member of the Extinction Rebellion, he invests the images of nature in these songs with an unmistakable relevance, and where he needs to add any messages of his own, he does.

Old Wow is a phrase Sam Lee is fond of; one that expresses his feelings about his beloved natural world and the way new life springs from decay, but it also speaks to these songs, so old we may not know their origins, yet with their unceasing ability to astonish and move us.

If you were a habitué of The Gluepot in Ponsonby, the Cricketer’s in Wellington, the Gladstone in Christchurch, or any of the other iconic venues that made up the touring circuit of the early 80s, then chances are you would have come across Sam Ford and Trudi Green. With their band The Neighbours, they toured tirelessly, trouping their South Pacific brand of rock and soul. The pub circuit might be long gone, but Sam and Trudi are back with a new album to prove it.

In the late 90s the couple returned to Trudi’s native England where they remained for the better part of two decades. In London they continued to make music, leaning increasingly towards the soul and R&B they had both loved growing up. And that’s clearly evident on the new album, the first they have released since returning to Auckland four years ago; fourteen original songs all set in a southern soul style, with Chris Neilson supplying horn lines that might have come straight off an Otis Redding record in the sixties.

If there are any surviving 60s soul legends looking for songs, there are tunes here just waiting to be covered. Sweet Sweet Love is the album’s title, but though it is pretty much entirely comprised of love songs, it’s not all sweetness. In fact, many of these songs are more to like lovers’ tiffs set to music; little domestic dramas where the dialogue is fired back and forth, and Sam and Trudi play their roles, somewhere between Ike and Tina and George and Tammy.

There’s humour as well as drama; like ‘Who’s Yudu?’, a semantic misunderstanding spun into an entire series of verses and choruses. At other times, like the couple remind each other of their past lapses and errors of judgement, yet resolve on a note of sweetness.

These are, in a way, homages to a kind of music of which there are already ten thousand specimens out there, but there are a couple of things that make Sam and Trudi’s R&B boilerplates unique and affecting. There’s the humour; there’s also their distinctive singing, which tends to be a bit lighter than you would find on southern soul records, as though something of the Pacific has infused itself permanently into their style. And while their voices might betray some of the miles they have done over the years, the weathered edges just add to the soulfulness.

Sweet Sweet Love is a warm serving of South Pacific soul, and Sam and Trudi will be launching it with a ten-piece band on the afternoon of Sunday 22 March, 3.30pm, at the Pt Chev R.S.A., if you happen to be in the ‘hood.