The Sampler: Mith by Lonnie Holley 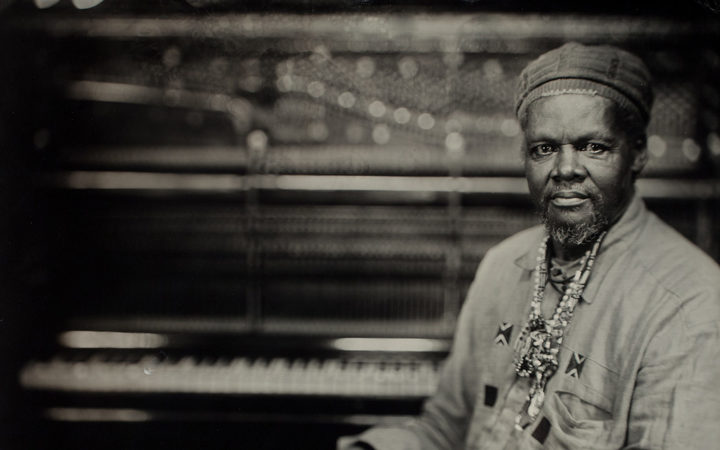 Lonnie Holley is a 68-year-old African-American from Birmingham, Alabama for whom survival and self-expression have been inseparably linked.

Born into poverty and racism, the seventh of 27 children, he worked menial jobs from a young age and created sculptures from objects scrounged from junkyards: plastic flowers, animal bones, oil drums, VCR remotes and other assorted rubbish. In fact it is as a visual artist that he first became known. 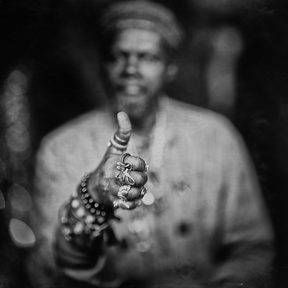 Hailed as a so-called outsider artist, by the early 80s his work could be found in the Birmingham Museum of Art and the Smithsonian Institute, and he went on to receive numerous commissions and residencies.

He also plays music, though it wasn’t until 2012 that he made his first professional recording. Since then there have been several more, and this is the latest.

Holley’s songs take the form of improvisations, in which he sings while accompanying himself mostly on a synthesiser. His instrumental patterns are atmospheric, meandering, hardly tethered by any fixed beat. His singing, which he sometimes overdubs to create multiple voices singing entirely different words, is soulful and raw, as you might expect to hear in a back-country gospel church. There is a spiritual dimension to the songs he makes up as well, though it is overwhelmed by a preoccupation with the cosmos.

‘How far is spaced out?’ he asks in one song and the answer might be ‘as far as you like’. In Holley’s case, he seems to be going all the way. There’s a passion and intensity to these performances, as though he’s holding nothing back, allowing everything he’s feeling to come out through his voice. That’s not unlike a classic soul singer and at times he reminds me alternately of Bobby Womack and Nina Simone, but without any of the refinement that such singers bring to the raw material of their emotions. The other thing is that, in the case of the singers I’ve mentioned, the things they are emoting about are generally relatable. They sing about hardship and loss, love and justice. Holley sometimes sings about these things too, but often his concerns seem more existential.

At times, though, his concerns are more down to earth. ‘I Woke Up In A F***ed Up America’ is the title of one of these extemporisations, and I imagine it’s one he could sing with just as much feeling on any given day. It’s not the only time he reflects on the America in which he lives. The longest improvisation on this album is titled ‘I Snuck Off The Slave Ship’. He plays a conventional acoustic piano on this track, though in his typically impressionistic way, while sparse percussion adds to the atmosphere as he weaves a narrative that is part-myth, part-dream, part-historical re-enactment.

A combined fascination with history, myth and outer-space was, curiously, the driving force behind the work of another idiosyncratic artist from Birmingham, Alabama: the late Herman Blount, better known as Sun Ra. And there are times when I would swear they are reporting from the same cosmic wavelength.

Sun Ra, though, was a vastly more sophisticated musician. He may have claimed to be from Saturn, but his music was grounded in a deep knowledge of jazz tradition. It was harmonically and melodically rich and has endured as a result. As for Holley, while there’s a natural musicality about what he does, he’s not a bandleader, orchestrator or even, really, a composer. But he is an artist; unique and expressive. And Mith is just the art he happened to come up with in a few random cosmic moments.