The Sampler: Voyager by Yoko Zuna 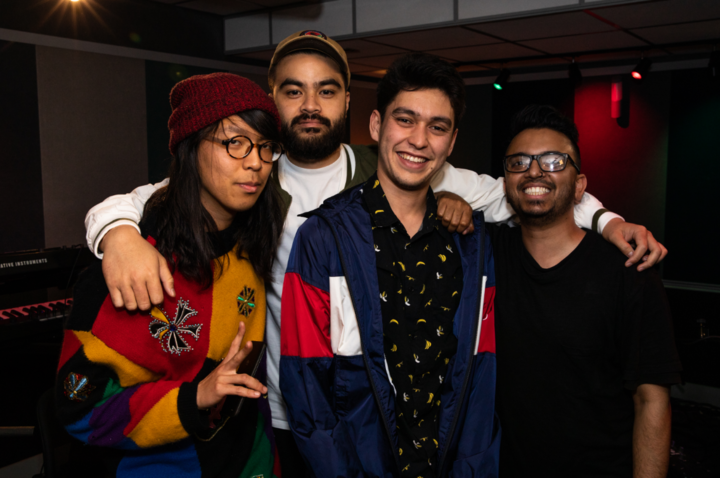 Yoko-Zuna formed about four years ago as a jam band at the now defunct High Street hangout Rakinos, where they also met many of their regular collaborators.

Though they’re jazz school trained, they’re not a band you can put in a genre box. There’s elements of jazz, but also of metal, all corners of electronic dance music, and hip-hop.

Voyager's complex and energetic sound builds more on the electronic and hip-hop aspects of their previous album This Place Here - probably a response to their experience playing big festivals over the last couple of years. This is big speaker music that wants to make you dance. 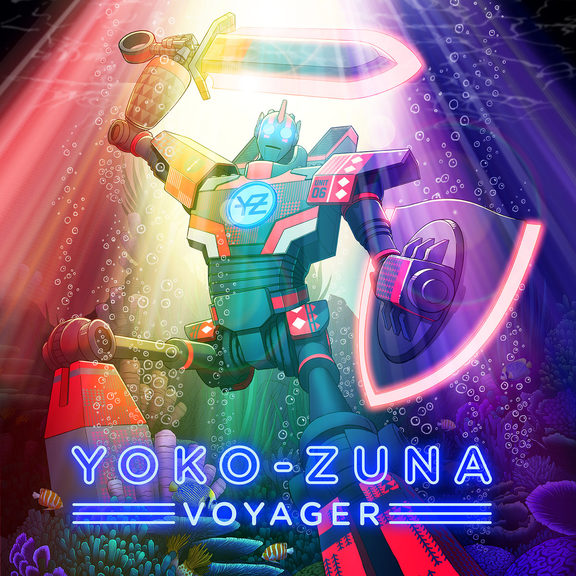 The band obviously want you to listen to the album as a whole - it starts with a prologue to get you in the mood, there’s a ‘Midterlude’ palate cleanser in the middle, and an epilogue to end the album’s story.

If it were a summer blockbuster it would likely be a dystopian sci-fi, with some sort of battle between the old world and the new world. The album’s cover art, a gigantic robot holding a glowing shield and sword, makes this pretty clear from the word go and the influence of 8-bit music and video game sounds throughout the album adds to the retro-futuristic, sci-fi feel.

With vocal contributions from Swidt, Bailey Wiley, Melodownz, Ladi 6, Jess B, and Noah Slee, it might have been hard for another band to make this sound like more than a mixtape, but Yoko-Zuna are confident and consistent in their sound and identity, making Voyager a cohesive and listen.

They’re never just a backing band though. While Onehunga’s Swidt stamp their regular branding on ‘Day Job’, Yoko-Zuna lay down an anthemic horn riff and big bass beats. It’s a banger party track with a soul groove at heart.

One of the stand-out instrumental tracks on the album is ‘Voltron’. An intricate   Metal/Electronica hybrid it’s not hard to imagine it’s opening riff blasting through the speaker stacks of any festival you can think of.

Noah Slee’s song ‘Minority’ brings a contemplative shade to the album, with  dissonant guitar parts and percussion that sounds like breaking glass reinforcing the uncomfortable nature of the song’s theme of racial prejudice with sensitivity.

Though well crafted and fun to listen to, ‘The Lovecraft Mixtape’, featuring P-Money is one track that could have been left off the album. It’s ten minute length disrupts the record’s flow and seems rather unnecessary. Perhaps it would’ve made a great bonus track or the basis of a follow up EP.

Voyager is an album with a really strong New Zealand, and specifically Auckland feel to it, yet it also has the potential for world wide appeal. The progressive, multifaceted, electronic sound of the album is perfect for festivals and parties, so you can expect to see Yoko-Zuna on stages around the world in the near future. 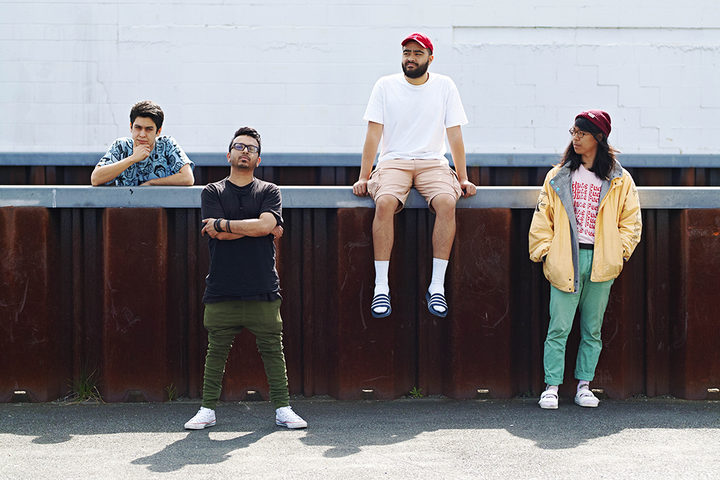