Bob Dylan's Blood On The Tracks is one of the most celebrated albums in popular music. An exhaustive new 6-disc set lets us eavesdrop on its construction. Nick Bollinger discusses the set, and his own long relationship with its contents. 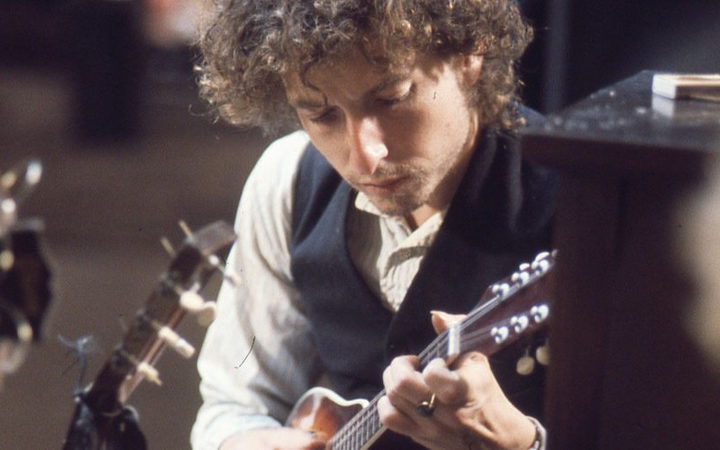 More Blood, More Tracks is the latest edition of Bob Dylan’s Bootleg Series. It revisits the sessions for one of his most acclaimed albums Blood On The Tracks. 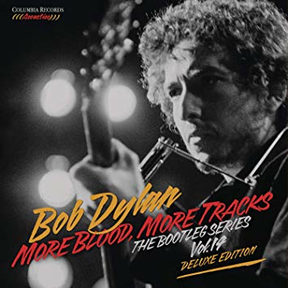 As has become the norm, the set comes in various editions. For the casual admirer there’s a single disc featuring the ten songs that made up the original album (plus one more) in alternative versions, and some of these are exquisite.

For instance, there’s the very first take of ‘Simple Twist Of Fate’, which in some ways he never improved on. The little shiver in his voice at the end of each line really does tingle to your bones.

But if you want to hear all seven takes of that particular song, in all their permutations, there’s the six-CD set which presents, in chronological order, every existing take of every one of them, about six hours of listening. The second disc alone includes nine versions of ‘You’re Gonna Make Me Lonesome When You Go’.

It also includes a hardcover book with many photos and, most intriguingly, facsimile pages from the notebooks in which Dylan handwrote these songs.

I was 16 when Blood on the Tracks came out, the perfect age to be carried away by its romance, its mysticism and hard-won wisdom.

I spied the album in the window of a record shop, walking home from a day of packing books in a warehouse, my first full-time job. It had just been released that day and until that moment I hadn’t even known it existed. News travelled a lot slower in those pre-Internet, sea-freighted Melody Maker days. But having some money of my own for the first time in my life, I stepped into the shop and made an impulse buy. 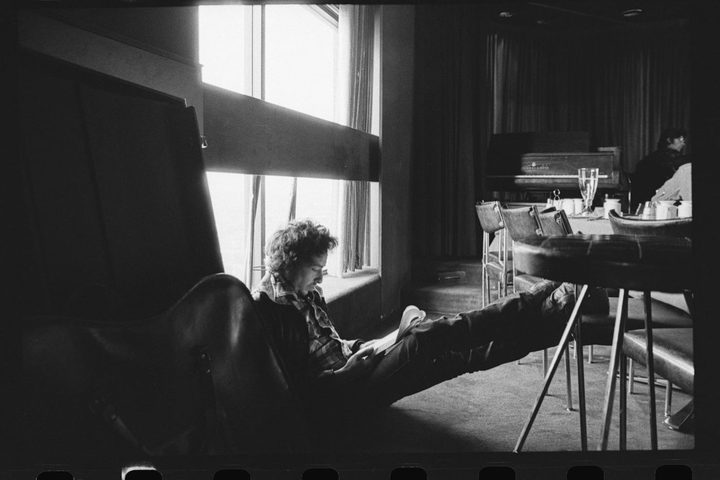 I was a fan, though at that point I would have told you I thought Bob Dylan was past his prime. I had devoured his classics while still at school - Highway 61, Blonde On Blonde  – but these were already nearly a decade old. More recent albums like New Morning and Planet Waves celebrated parenthood and pastoral pleasures and seemed a long way from the sneering cool of ‘Ballad Of A Thin Man’ or ‘Like A Rolling Stone’. I honestly never expected him to do anything that great again.

I was part way through the first side of Blood On The Tracks when I realised I was wrong.

It was also quite different from anything he’d done before. 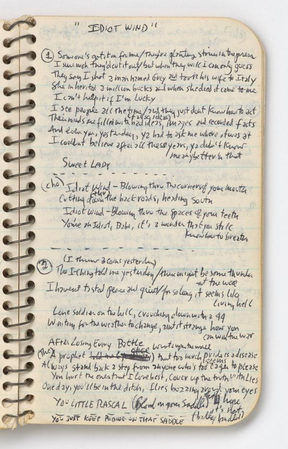 For me, Dylan’s genius had been in his beatnik surrealism. The apocalyptic imagery of 'A Hard Rain's A Gonna Fall', Cinderella sweeping up on Desolation Row, or Louise in ‘Visions Of Johanna’, the ghost of electricity howling in the bones of her face.

On this new album the pictures were plainer, yet somehow just as vivid. In fact he was doing something that made even those surreal 60s masterpieces seem flat and linear.

In a song like ‘Tangled Up In Blue’ he plays with perspective and time. From the first verse, in which he’s lying in bed remembering an old lover, he moves through a series of encounters that might be him and her, he and someone else, someone else and her, or two different people altogether, ultimately concluding that this couple – whoever they were – always felt the same, just saw things from a different point of view. And in a way that is the key to the whole album. Whoever and whatever Dylan is showing us in these songs, he’s deliberately shifting the point of view, almost with each line.

This technique is one of the things that give these songs their incredible sense of movement. But the characters, too, are in motion, on muddy roads, drifting down to New Orleans, pacing the waterfront.

On the cover of my original copy of Blood On The Tracks there are a few lyrics quoted and for a long time I wondered why they didn’t quite match the words Dylan actually sings on the record. A few years ago I was given a bootleg recording that seemed to explain it. On the eve of the official album’s release, the covers already printed and some discs even pressed, Dylan had apparently decided he wasn’t happy with it, had gone into a studio in Minneapolis with some local, little-known musicians, and recorded half the album again in entirely different versions.

The bootleg was, I’m told, a copy of the original record. It made sense. The lyrics now matched what was on the cover. Half the songs were the versions I knew. The rest were quite different in mood from what had been officially released. Quieter, more intimate, perhaps more deeply felt. 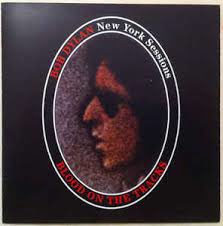 In attempting to explain the particular intensity of Blood On The Tracks, people have frequently pointed to the fact that Dylan’s marriage was, at the time of writing these songs, in the throes of disintegration. Reductively, it has been called a ‘breakup album’.

Yet there is nothing blatantly autobiographical about these songs. Dylan, as far as I know, never worked on fishing boats, gambled for his clothes, had a lover in Tangiers or a talking parrot. These are stories, and the characters and scenarios are the products of Dylan’s creative imagination.

What is autobiographical is the feeling he brings to these stories, especially in his performance of them. There’s an emotional truth, if not a literal one. Wherever in the world these characters are, whatever they are going through, Dylan has felt that. You can hear it.

There is certainly something in that performance of ‘Idiot Wind’ that isn’t in the bigger, shoutier version that came out on Blood On The Tracks. I love it, and I can understand why some people believe the album was better before Dylan revised it.

Yet listening now to the whole thing, everything he recorded, I think Dylan’s impulse was right. Mixing the Minneapolis and original New York recordings together, as he finally did, created a light and shade he knew was missing.

One thing More Blood, More Tracks does is to disprove the popular myth that Dylan is a rough, one-take guy. As you hear, he plays these songs over and over – even re-records them months later - until he knows he’s got them right. It’s just that getting it right for Dylan isn’t necessarily a mistake-free, perfect rendition of an arrangement that has been set in stone. What he’s searching for in these multiple takes is a more elusive thing. ‘Beauty walks a razor’s edge’ he sings in ‘Shelter From the Storm’ and that’s what he’s after. And you hear on More Blood More Tracks, as he tries different tempos, keys and combinations of instruments and, particularly, different approaches to his singing, that search along the razor’s edge. What is amazing is that in the case of each one of these great songs he ultimately found it, which is what makes Blood On The Tracks such a great album.

Now having these 80-odd versions of the songs to choose from, you could make up your own Blood On The Tracks, though I don’t think any version would actually be better than the one I bought that day in 1975.

Bob had already figured that out.