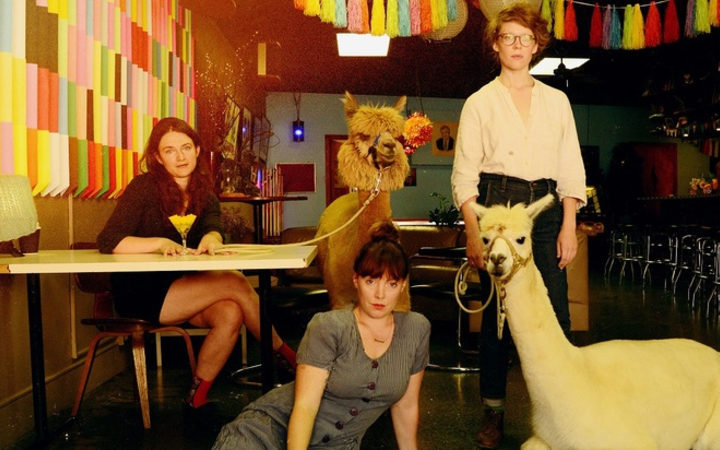 If you told me I was listening to a 1930s field recording of old Appalachian hymns, I’d have little reason to doubt you.

In fact it’s a new record by Mountain Man. Still, ‘field recording’ might be the right term. For some of these tracks, humming along with those archaic-sounding voices, you can actually hear crickets and birds.

Mountain Man are actually three women: Molly Sarlé, Alexandra Sauser-Monnig and Amelia Meath, who met and began singing together while a college in New England some time in the late 2000s. Taking their inspiration from Appalachian folk singing but also Bulgarian women’s choirs and current pop, they arrived at their delicate and otherworldly blend. 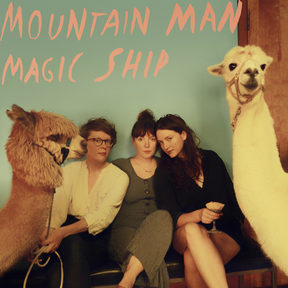 Magic Ship is only the second full-length set that Mountain Man have made, and it’s been nearly eight years between the two. On the back of their first album Made The Harbour, they actually visited New Zealand, as backing singers for the Canadian artist Feist. If you were at the 2012 Laneways Festival you would have seen them, all dressed in white as I recall, as though on their way to a river baptism. And a southern hymnal quality certainly runs through the new record.

But there’s also a personal, poetic voice that emerges in these songs.Their writing is filled with depictions of nature, but with implications of something metaphysical as well. For about half these tracks the voices are accompanied by a guitar, but that is as adorned as Mountain Man’s music ever gets.

Since the Feist stint, the three have lived in different parts of the American continent, pursuing their individual lives. Amelia Meath, currently based in North Carolina, has teamed up with electronic producer Nick Sandborn to form Sylvan Esso, whose poptronica, on first hearing, seems about as far from Mountain Man’s rustic Americana as you could get. And yet there are songs on this new album too that, with a bit of imaginative remixing, might have some sort of pop life.

Magic Ship might be stark in its production, but it’s certainly not lacking in warmth. Listening to it is like sitting on a porch on a summer evening, soaking up stories and songs in the company of three voices that belong together.