Connan Mockasin offers a companion album to his dodgy-sounding movie melodrama. Nick Bollinger has a listen, but hasn't seen the movie. 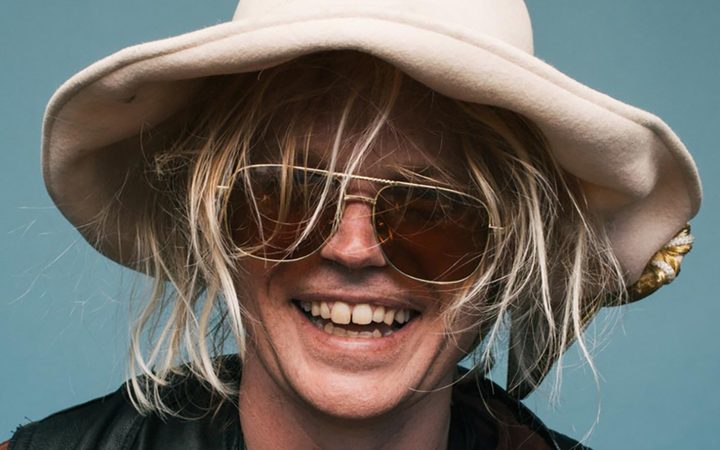 Connan Mockasin has a gift for attracting attention. That attention might be cultish enthusiasm or head-scratching puzzlement. Still, when most local musicians struggle to be noticed at home let alone on the international stage, he is the rare New Zealand artist who has consistently, for around a decade now, been an object of fascination in a lot of the hippest places.

His new album is called Jassbusters, and its title and contents are intimately linked with a 5-part movie melodrama, which premiered at London’s Barbican Centre early this month, along with a performance by Connan and his band. 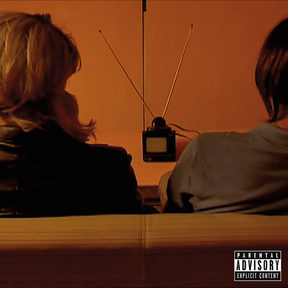 The name Jassbusters – which seems designed to induce instant cringe - belongs to a fictional band of school music teachers, who have something to do with the plot of the movie. The album, it appears, is an imagining of what that band might sound like, interspersed with what one can assume are snatches of dialogue from the movie. It all sounds sort of inappropriate.

Dodgy bits of dialogue sprinkled through the tracks are consistent with everything I’ve heard so far about the plot of Connan’s drama: the story of a school music teacher who falls in love with a male student whom he has mistaken for a girl. Apparently Connan originally sketched out the scenario as a comic book twenty years ago, when he was still at school in Hawkes Bay. Those who were at the Barbican might be better placed than me to explain how the whole very meta-sounding exercise fits together. But until I get chance to see it, I’ll just focus on the album, which doesn’t really sound like a band of school music teachers but does sound a lot like Connan Mockasin.

Unlike his two earlier albums, which were largely made at home or in hotel rooms, and combined live elements with masses of Connan overdubs, Jassbusters was recorded entirely with his band and in a traditional studio – the Paris Studio Ferber, where Connan had previously recorded with Charlotte Gainsbourg. And in a sense it’s just a straightforward and rather delicious capturing of an after-hours mood-jam.

Something that occasionally gets overlooked in all the discussion about his helium-voiced, dolphin-wooing weirdness is what a remarkable guitarist Connan is. Not only can he seriously play the thing; he plays it like no one else. He’s the rare guitarist who could bend just a couple of notes and you’d know who you were listening to. And on Jassbusters there’s plenty of great guitar.

‘Charlotte’s Thong’, seems designed to raise more questions than it answers. It has a minimal half-mumbled lyric; Connan reportedly made up words to these tunes as he went along. But the way he bends and pulls those strings is eloquent. And there’s almost more of Connan’s guitar than his disconcertingly childlike singing on this album.

But if the rest of the album feels less focussed, more about groovy atmospheres than tightly written songs, that doesn’t mean it’s short on ideas. The whole thing gravitates towards a mellow, woozy funk, with shades of Shuggie Otis or early-70s Curtis Mayfield. It’s subtle, with lovely chord sequences and melodic motifs that are periodically disrupted by hints of the ridiculous storyline.

If you’ve ever wondered why a weirdo from Te Awanga has caught the attention of the world when more traditional artists struggle in obscurity, there’s the answer. Connan Mockasin has never tried to be like anyone else; he either can’t, or realises there’s no point, and it’s that singular, untethered imagination that people respond to. He turns private whimsy into unique, absurdly musical works like Jassbusters, and fortunately for us all that seems to have become his career.