The Sampler: Teal by Julien Dyne

Julien Dyne knows how to make the people dance, as Nick Bollinger discovers. 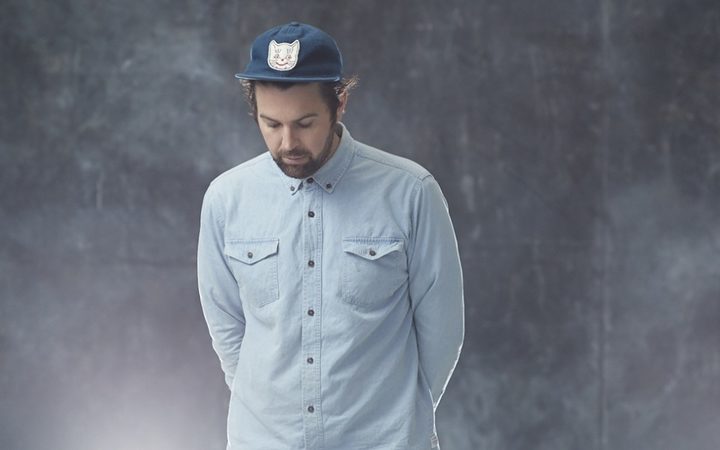 If you want to make the people dance, then having Julien Dyne on your team has proven to be an advantage.

Over the past decade or so, the Auckland-based drummer has played a pivotal role in the recordings and performances of a wide variety of artists, from Opensouls to Ladi 6, Lord Echo to Avantdale Bowling Club. His contributions to these different projects have been varied and complex, and range from beating his trusty Ludwigs to dicing up samples on an MPC. But the result is broadly the same: he creates a groove. 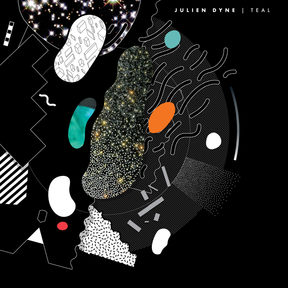 So it’s no surprise that when he makes a record under his own name, the groove comes first.

Teal is the latest in an intermittent series of Julien Dyne solo projects. And right from the get-go it makes its intentions clear: this is dance music, or at the very least, designed to create an ambience in which dancing might very likely occur. As a gun for hire, Dyne is equally at home playing jazz, funk or old-school R&B, but for this album he’s deliberately narrowed his brief. It’s an album of house music; bright, upbeat tracks any discerning dance deejay would happily include in their sets. Which isn’t to say Dyne left his imagination or sense of musical adventure at the door.

In the track he calls ‘Like Glue’ the beat is an insistent four-on-the-floor, but really that’s the one constant – the glue of the title. Otherwise it is an exercise in perpetual change, with waves of synthesiser breaking over a rocky bed of keyboards and old-school bass guitar, while a vocal sample floats in and out of the mix, like the ghost of some song that might have lived here before these other sounds moved in. If there’s an instrument that is actually soloing in the track it’s the vibraphone of John Bell, and it’s by no means the only time you’ll hear him on the album.

voices are mostly woven in and out of the mix, giving the merest suggestion of a chorus. For most of these abstract yet solid compositions that’s clearly all Dyne feels the need to do. But like markers in the landscape, there are a couple of tracks where the voice is central.

But on ‘Hours’, the song here that is most inarguably a song, you’ll hear Ladi6, and the fact that the vocal is, for once, so consistently the focus – the real glue of the track - means that Dyne has been able to indulge his abstract tendencies even more with the other instruments, splashing them in and out of the mix in unpredictable, painterly ways. Even his normally unyielding drums seem to stop and start on unexpected accents, without killing the groove of course.

For ‘What You Say’ Mara TK provides a strong chorus and even the suggestion of a verse to a track that makes a contrast to the rest of the record in that it deviates from the house beat in favour of a 6/8 shuffle. There’s a touch of Stevie Wonder about it. But the beat takes on more an African flavour in some of the tracks that follow.

Teal was made for Soundway, the British indie dance label that started out releasing compilations of African music but has moved on to new material like this, and it holds up proudly against anything else in the catalogue. It manages to be musically inventive, while avoiding anything that might clear the dancefloor. And if in a sense its purpose is as utilitarian as wallpaper, it certainly decorates the room in some delicious shades of groove.