Auckland's Superturtle come from a place where it's always the early 80s. Nick Bollinger stops by for a listen. 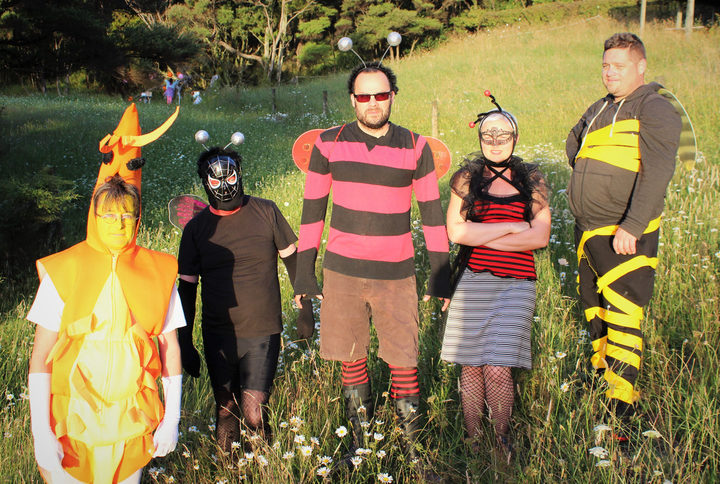 Superturtle is an Auckland band who have made four albums since they began around ten years ago. Curiously, each one sounds older than the one before it – which I think means they are getting closer to their goal.

The album is called Student Flat Reunion, and if your student flatting days were in the early 80s then you’ll be struck by the aptness of the title, because musically that’s right where Superturtle live. With bright brittle riffs, crisp economical drumming, a synthesiser that sounds like it’s fallen into the hands of a humanoid and the nervously intense vocals of Darren McShane, they are like a band that has just crawled out from under the ground-zero rubble of punk. 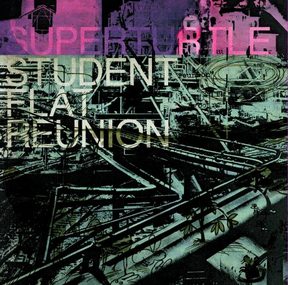 Early 80s post-punk has been a popular reference point for a lot of music in this everything-revived-at-once century. We’ve heard it in the Strokes, Interpol and Franz Ferdinand, to cite just some of the bigger names. But in a way Superturtle sound even more authentic than those revivalists. It’s not as though they are self-consciously quoting from some uber-cool record collection; it’s just who they are.

Part of what gives the music its 80s quality is the way it’s been recorded. McShane is an analogue geek with his own studio, where Superturtle record – and in much the same way, I suspect, as bands did in those pre-digital, post-punk days. The sound is vibrant and alive in a way that’s missing from so many modern recordings, with all their ones and zeroes.

But it’s also the freshness with which this group executes their ideas. Listen to the conversation that seems to be going on between the synth and McShane’s voice in a song like ‘Transatlantic Affairs’, before he ultimately synthesises the voice itself. You’ve surely heard that sound before, yet here it feels like a brand new effect they’ve just stumbled on and can’t wait to try out.

Then there’s the mood of the songs themselves. McShane’s lyrics are political in the same way a lot of post-punk was; not focused on any cause in particular but rather making a general stand against the system and a strong alignment with the proletariat.

Superturtle might appear to have just emerged from a Tardis clutching albums by Devo, Televsion and a copy of David Bowie’s Low, but that era wasn’t big on nostalgia, and really, neither are these guys. You don’t get the sense that Superturtle are pining for the good old days, flat reunions aside. Rather, this is simply their idea of what a band should sound like. And listening to this persuasive album, I find myself nodding in agreement.