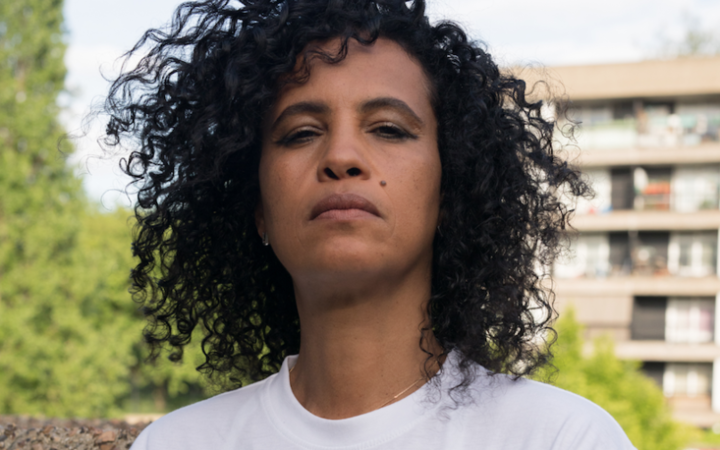 It’s getting on for thirty years since Neneh Cherry soared to global fame on the back of ‘Buffalo Stance’, still one of great dance records. There have been long silences in the intervening years, but a new album shows her talents are intact while her music has matured.

Broken Politics opens with ‘Fallen Leaves’ and it is a long way from the stroppy, dance pop of her debut; closer in mood perhaps to ‘7 Seconds’, the duet with Youssou N’Dour that probably ranks as her next best-known record, yet it’s not really much like that either. Against a slippery drum loop and what sounds like the tinkling of a West African kora, Neneh lets her thoughts flow in a kind of stream of consciousness. 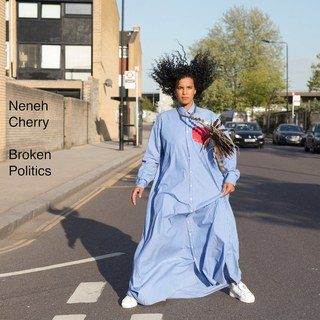 But pretty as the track is you could hardly say she sounds contented. If her voice is still the lovely instrument it’s always been, these are the reflections of a 54-year-old who looks at the world and can’t help but see trouble.

Though Neneh’s mother was Swedish and biological father from Sierra Leone, and her own career was launched out of Britain, Neneh’s stepfather was the great jazz trumpeter Don Cherry who helped develop free jazz with Ornette Coleman. And there’s a looseness and freedom about Neneh’s whole approach that always felt like an inheritance of that tradition, even if she expresses it in a pop context.

But in ‘Natural Skin Deep’ there’s something even more concrete:  an instrumental breakdown based what’s obviously an Ornette sample.

Other tracks feel almost like a kind of African folk music, and African instruments - kalimbas, koras and various percussive I can’t identify – feature prominently throughout the album.

It’s a deep mix, full of pretty acoustic sounds. And yet it was produced entirely by the English DJ Four Tet, known offstage as Kieran Hebden, using his usual equipment of samples and loops on a laptop. However he does it, the result feels warm and organic and makes the perfect accompaniment to Neneh’s voice.

Though the title Broken Politics prepared me for some sort of state-of-the-world address, the album overall is more personal than political. Or perhaps for Neneh Cherry, the two are simply intertwined. Gun violence and Brexit, slow jams and star signs; these are all just thoughts that run through these cool, free-flowing songs. ‘It’s my politics living in the slow jam’, she sings, and that doesn’t sound like a bad place to aim for.