The Sampler: Too Many Millionaires by Darren Watson 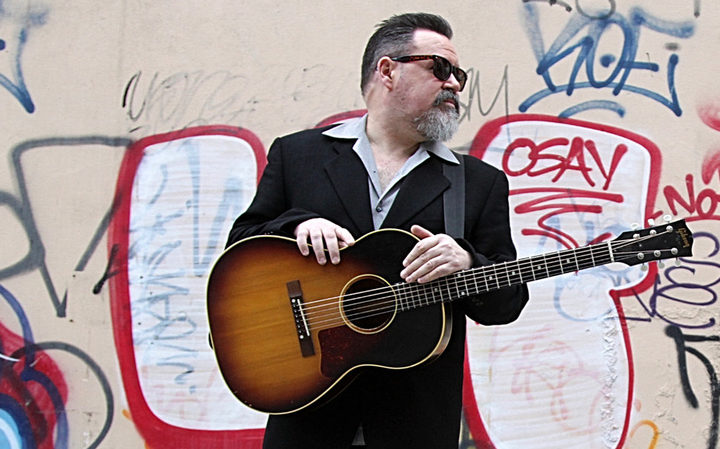 Darren Watson came to prominence in New Zealand in the 80s as frontman for Chicago Smokeshop (later simply Smokeshop) during one of the periodic spikes in popularity of the music known as the blues. And he could really play the stuff, while also understanding enough about entertainment to craft a package that would pacify even the most belligerent punter in those dangerous days of the pub circuit. Since then, he’s mostly worked just under his own name.

He is a tremendous musician with a wide musical interest and ability, and to think of him solely as a blues player is to misrepresent his talents. Scratch around the edges of his catalogue and you might unearth the odd Chris Knox cover - or Netherworld Dancing Toys’ ‘For Today’, recast in the style of Elvis Costello’s Get Happy, which he recently posted on Soundcloud under the name Nerrad Nostaw. 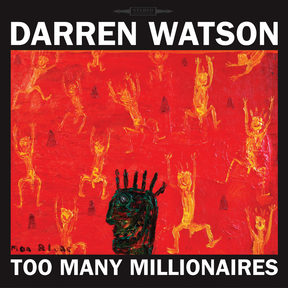 Too Many Millionaires Photo: supplied

But if Watson might seem to have sold himself short in presenting primarily as a bluesman, there’s some solid commercial sense behind his choice. The artist whose music is eclectic and defies genre is the hardest one to sell. Blues, for better or worse, is a known quantity. People come to it with some idea of what to expect. And when they hear the skill and finesse with which Watson plays on his latest album Too Many Millionaires, their expectations will be more than satisfied.

When a music is so indelibly linked to a time, place and people, how does one convincingly make it one’s own?

Watson addresses that in a couple of ways. For one, he mostly sings his own songs and these tend to be about things that really give him the blues; National party voters being one of them.

Watson’s political-satirical streak inadvertently earned him his biggest hit in decades when his song ‘Planet Key’ was absurdly and – as it later transpired – wrongly declared by the Electoral Commission to be a piece of political advertising and banned from broadcast. On the new album, ‘National Guy’ – with Terry Casey’s masterful chromatic harmonica answering Watson’s vocal in rich chordal phrases - could be the follow-up.

The other way Watson personalises the music is with those dexterous paws.

While his playing pays homage to a variety of guitar masters – from Scrapper Blackwell to Robert Johnson to Muddy Waters – the rhythm – the way he stretches time, pulling back against his own pulse, is as distinctive as a thumbprint.

In the end, it’s local rather than international heroes that he winds up paying the most explicit tribute to. There’s Bill Lake, an acknowledged influence, who wrote the title track ‘Too Many Millionaires’, while ‘That Guy Could Sing’ is Watson’s account of the first time he heard Rick Bryant. I’m not sure how Rick would feel about being honoured in the past tense when he’s still singing and still scaring the life out of people, but Watson certainly conveys the power of the experience.

Watson is proud of this album and justifiably so. In contrast to other records he’s made under his own name, which have leaned towards an urban electrified blues, this one features only acoustic instruments and chooses a deliberately austere palette. Percussion consists largely of shakers and foot-stomping. It’s an approach that might have begun with Muddy Waters’ consciously de-amplified Folk Singer album in the 60s, and with nowhere to hide you can only carry it off you’ve really got the goods, which Watson absolutely has.