The Sampler : The Loneliest Girl by Princess Chelsea

Romance and disappointment go hand in hand in the bittersweet pop of Princess Chelsea, as Nick Bollinger discovers. 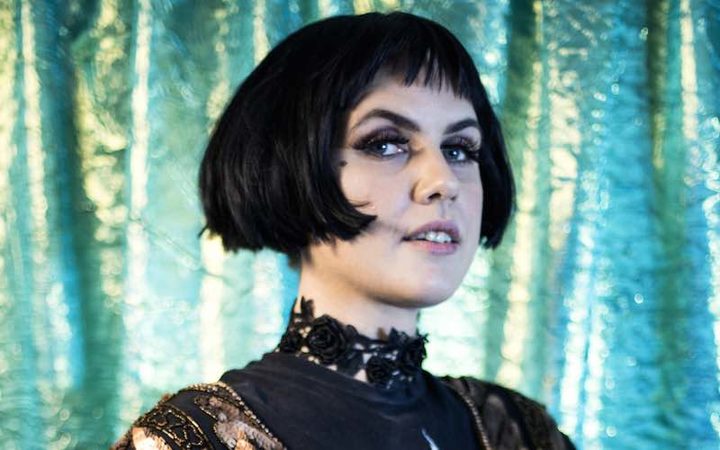 Sometimes the most innocuous-sounding music can be the most unsettling.

That has frequently been the case when it comes to Chelsea Nikkel, the artist known as Princess Chelsea. Her first EP was called Li’l Golden Book – invoking those sanitised retellings of Bible stories and fairy-tales – and for the seven years since then the Auckland-based musician has continued to spin a starry-eyed, Disney-esque view of the world, mixed with something darker and disappointed. 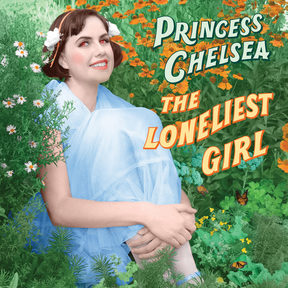 It starts out as a fairytale: ‘Once there was a bonny girl…’, she sings, accompanied by what sound like showers of stardust on her synthesiser.

But already there’s something wrong with the picture. The bonny girl falls in love with a strange boy – ‘he was weird, he had no choice’ – they move in together and never go out, watch a lot of television and, ‘though she knew he’d break her heart’- as she sings in the final verse – ‘they never were apart’. It’s low self-esteem and high anxiety dressed up as storybook romance, the hopeful innocence of the music just making it all the more disturbing.

The character is recognisable from her other records, but The Loneliest Girl places her in a greater variety of musical settings than before. Where in the past it was just a girl and her synthesisers – not a bad metaphor for loneliness right there – here she’s joined by strings, guitars, live drums – and it suits a song like ‘Wasting Time’ in which the wallflower strikes back:

You're just walking and talking, yeah
Sitting inside drinking coffee, waiting around to die

Though she has a natural leaning towards slower tempos, which suit the romantic fatalism, there’s a livelier variety of beats than in the past. There’s even disco in the title track; a dance number about being the loser in a love triangle. (Of course.)

But there are less-expected subjects here too, for instance a lovely song in appreciation of manual labour. ‘Respect the Labourers’ is a great song but it is an outlier and for the most part The Loneliest Girl just continues Princess Chelsea’s examination of storybook love and, ever so sweetly, defaces each page. In a new era of uncompromising women songwriters, many of them tackling sexism and gender issues head-on, an album of titles like ‘I Love My Boyfriend’ and  ‘I Miss My Man’ might seem out of step, but Chelsea Nikkel has plenty of dark thoughts about modern love; she just has her own ironically pop-sweetened way of expressing them.