Anna Calvi stakes out some middle ground on both the gender and musical spectra. Nick Bollinger listens. 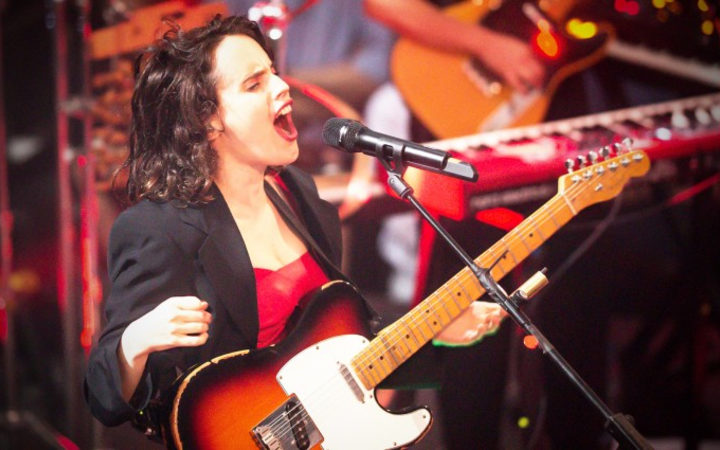 The talents of Anna Calvi were apparent right from her first album back in 2011: a ferocious guitarist with a tone to match her technique, and a voice that could whisper or wail with equal persuasiveness.

And all of that is on display on her first album in nearly five years. If anything has changed it is that she’s organised her multiple talents with even more purpose. 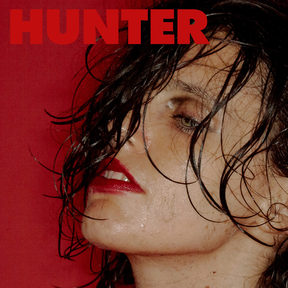 If the album’s title Hunter (also a song) is a word that carries a certain amount of alpha male baggage, then it speaks to that prevailing theme. Like much of the writing, the title track stakes out a position on the gender spectrum and examines the view from there, throwing up some powerfully primal imagery.

‘As A Man’ opens the set, and in a way that will already be familiar to anyone who knows her two earlier albums, it builds from a brooding Bo Diddley-style riff to a near-operatic climax, punctuated with cannon-fire drum fills and a little wordless melodic motif. But it’s where Calvi does use words that her intent becomes fully apparent. “If I was a man in all but my body/Would I now understand you completely?” she sings, and ideas about the fluidity of gender turn out to be the theme that underpins the album.

There’s ‘Chain’, with its memorable refrain ‘I’ll be the boy/you be the girl/I’ll be the girl/You be the boy...’ and ‘Don’t Beat the Girl out of My Boy’ in which she suggests there might be a place on the gender spectrum where she can comfortably inhabit both.

Not that Calvi over-examines things. As a lyricist she is terse and concise, apparently more comfortable stretching out in a guitar solo than a screed of verse. Still, she does build these songs on some arresting phrases, which she fits to some of her most streamlined musical ideas so far.

For the big sound throughout this album, credit veteran producer Nick Launay, who cut his teeth with post-punk acts like Public Image and The Birthday Party, but who also spent some years down under working with more pop-angled acts like Jenny Morris and The Models. For Calvi’s music he finds a place somewhere in the middle, amplifying the edginess in her lyrics, while burnishing the bright hooks of a track like that one. And he knows exactly what to do when Calvi presents him with a big, almost Shirley Bassey-esque ballad like ‘Swimming Pool’.

Hunter is surely the most ‘pop’ album of the three Calvi has so far made, yet her skills as a guitarist haven’t been completely squeezed out of the frame. There’s some great soloing, including a break on ‘Alpha’ where she gives it the full Hendrix.

Thrilling freakouts like that aside though, Hunter more than either of Anna Calvi’s previous albums – presents her multiple skills in a pop package, while at the same time articulating her topical and, for some, undoubtedly challenging ideas about gender. That’s quite a balancing act, but I think she carries it off. “Gender”, she noted recently on an Instagram post, “is a spectrum. If we were allowed to be somewhere in the middle, not pushed to the extremes of performed masculinity and femininity, we would all be more free.”

Remarkably she’s managed to push her music towards that middle as well.