The Sampler: The Lemon Twigs Go to School 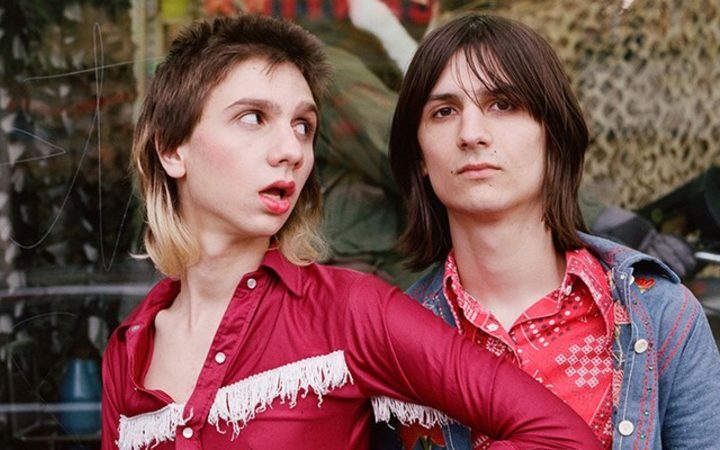 If you took the infant sons of a professional session guitarist and a singing neuropsychologist, and left them in the basement for a decade with a cherry-picked collection of 60s and 70s rock classics and a bunch of instruments, what do you think would happen?

It’s a musical about a childless couple that adopts a chimpanzee. But really it’s an excuse to exercise the encyclopaedic knowledge of rock and pop that The Lemon Twigs - two brothers from Long Island, Michael and Brian D’Addario, ages 19 and 21 respectively - acquired in that basement and the musical skills they developed while they were at it. 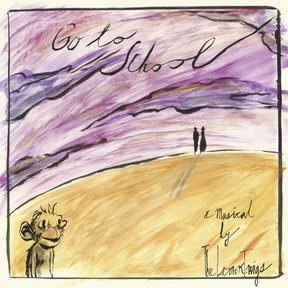 And those are almost as absurd as the plot of their musical.

Between them they do pretty much everything: guitars, drums, keyboards and lots of vocals,not to mention the rather wonderful string arrangements, a speciality of Brian’s.

Michael and Brian’s mum, Susan Hall, plays the role of the monkey’s mum, and none other than Todd Rundgren sings the part of the dad. When I reviewed the Lemon Twigs debut Do Hollywood eighteen-odd months ago, I noted Rundgren’s audible influence on the duo, and it seems like a kind of inevitability that he would wind up performing on one of their records. It’s not only his pioneering one-guy-with-a-lot-of-instruments recording technique that the D’Addario’s have obviously studied; they have also absorbed some of the melodic extravagance you’ll find on 70s Rundgren classics like Something/Anything or A Wizard/A True Star.

Somewhere in that basement there must also have been some Van Dyke Parks, either one of his own slightly esoteric albums or any of the other records he orchestrated in that period. There’s certainly more than a touch of Parks in a song like ‘The Lesson’, with its flourishes of vintage vaudeville.

If you’re curious about the narrative, the chimp whose name is Shane, announces that he wants to go to school. The adoptive parents are apprehensive, but they give in, and that’s where the trouble really starts. Sitting in class, Shane how different he seems from the other kids and revealing a deep streak of existentialism. Of course, this outsider is an inevitable target for bullies, and he has his first run in with one – who has his own existential problems, as it turns out – in ‘The Bully’. The song starts out as gentle bossa nova – why? I guess because they could – but soon explodes into full rock drama before rattling off as a kind of street parade, complete with marching band.

Are they showing off? Of course. Still whatever they do it is always driven by a real musical intelligence. I won’t go any further into the intricacies of the plot – it’s detailed and a bit nuts, though it does seem to have a moral point to make about kindness and acceptance. Enough to say that things reach their lowest ebb when the chimp falls in love and is rejected – which is just the excuse the brothers need to pile on the cheese for the big emotional 70s piano ballad of ‘Lonely’.

The D’Addario brothers have said that before embarking on this extravaganza they had enough material to make a more straightforward album of individual songs, but that the idea of writing a themed work won out because it seemed so much more challenging. With a collection of songs, though, one can always pick favourites to enjoy on their own. A musical demands to be listened to as a whole. Still, if there are inevitably some songs here I’d skip if they weren’t so stitched in, the whole thing has a mad momentum that carries me through, even when the brothers seem to be veering merrily into Queen or Meat Loaf territory, areas I tend to avoid. Whatever way you look at it, The Lemon Twigs’ Go To School is an outrageous achievement from a couple of brilliant brats who would seem to have assimilated fifty years of art pop before the age of twenty and are now answering the question, what next?