The Sampler: Our Garden Needs Its Flowers 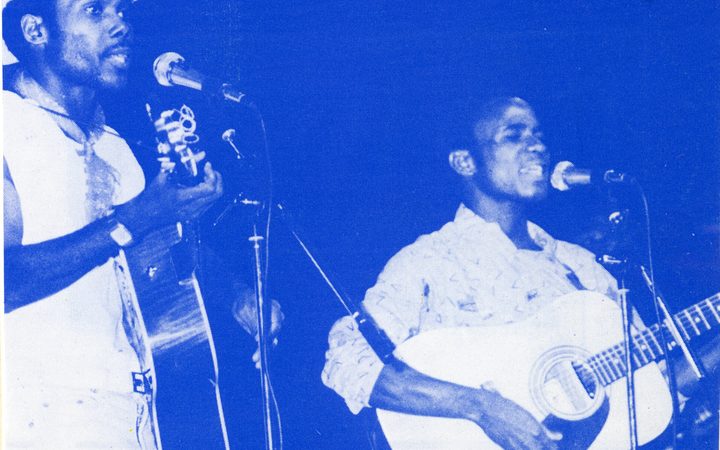 In the mid-80s, if you had wanted to hear music from West Africa you would pretty much have had to go there. The occasional King Sunny Ade or Youssou N’Dour album might have washed up on these shores, but that was about it. More recently, though, reissues have allowed us to hear some of what West Africa was listening to while New Zealand was on its staple diet of Dire Straits and DD Smash. And it is not entirely what I expected. 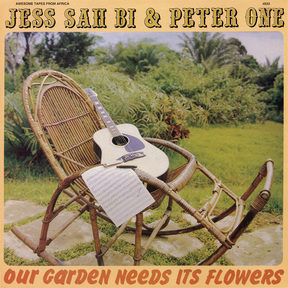 Jess Sah Bi and Peter One are two singer-guitarists from the Ivory Coast, their beautiful album from 1985 A Garden Needs Its Flowers has just been reissued by the label Awesome Tapes From Africa, and it makes quite a contrast to any of the West African music I could find back then. In fact, if you had told me at the time that one of the most popular West African acts was an acoustic duo singing harmony in the style of Crosby, Stills and Nash or Simon and Garfunkel I’m not sure I’d have believed you. Yet here is the evidence.

Just a year apart in age, Jess and Peter had both been solo performers before being introduced to each other by a nephew of Jess’s who happened to hear Peter practising in a university dorm one day and noted that his style was very similar to that of his uncle. The two were introduced and went on to great success as a duo, with frequent appearances on national television and attracting stadium-sized crowds, not just at home but in neighbouring countries as well. That compatible style was a fusion of music they had grown up with – traditional and ceremonial songs learned from their mothers – and imported sounds they had discovered via the radio, which included Crosby, Stills, and Simon and Garfunkel. It’s curious to think that, at virtually the same time as Paul Simon was exploring the township sounds of South Africa that would inform Graceland, elsewhere in that continent these two musicians were discovering him. Another audible influence was Bob Dylan. You might find a Dylanish echo in the words, which deal with matters moral and political. And you can certainly hear it in whoever is blowing the harmonica on several of these tracks.

Along with the Dylanisms are twangy traces of Knopfler-esque guitar, which indicates that in 1985 the Ivory Coast was hearing at least some of the same things we were hearing in New Zealand. Singing in a mixture of French, the local Mande language Gouro, and occasionally English, Jess and Peter’s songs were topical and often political. Nine years before the apartheid system was dismantled in South Africa, Jess and Peter were singing about its injustice in a song like ‘Apartheid’ – which the BBC apparently broadcast in 1990 to mark the release, after more than a quarter of a century in prison, of Nelson Mandela.

Another strong influence on Jess and Peter’s music - clearly evident in ‘Apartheid’ with its two-four country rhythm and swoops of slide guitar - was American country music. Maybe it’s not so surprising that today Peter One lives in Nashville, while Jess makes his home in San Francisco. Both left Ivory Coast in the mid-90s, with a military coup looming and the social optimism of songs like these seemingly a thing of the past.

As someone who has been drawn to African music for the rhythmic complexity absent from most western pop, country-rock from the Ivory Coast wasn’t something I’d have consciously gone looking for. Rhythmically, this music is about as funky as a line dance, and yet it charmed me immediately. There’s a sweetness about Jess Sah Bi and Peter One’s A Garden Needs Its Flowers that, even thirty-plus years after it was recorded, remains very appealing, while their message is never strident but gently, almost heartbreakingly, hopeful.