The Sampler: Lightsleeper by Neil and Liam Finn 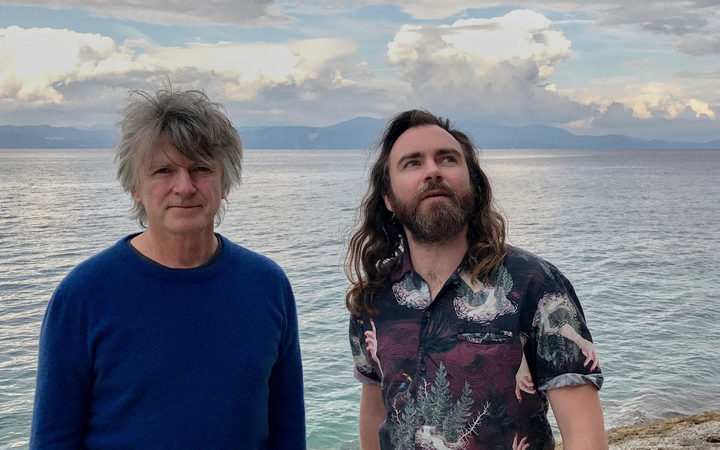 Among this country’s music makers Neil Finn occupies a rarefied place. His success has been such that these days he can do whatever he likes. As for his eldest son Liam, after a long apprenticeship in the family business it looks like he’s finally been made a partner. 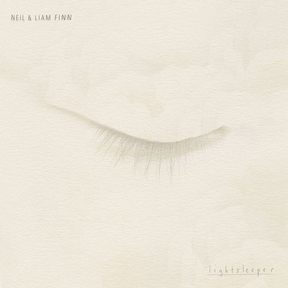 Lightsleeper is the latest communication from Finn Central, and this is how it opens: a lush overture with warm psychedelic overtones, composed for the occasion of Liam’s wedding in 2015 – or was it for the pagan celebration on the Greek island that followed the formalities? You can read the press release by their friend Caitlin Moran on their website if you want to check that detail.

Lightsleeper arrives almost exactly a year after Out Of Silence, Neil’s sombre yet satisfying fourth solo album. This new one is a bit different. For the first time, Neil and Liam have shared the billing and between them they have concocted a colourful, playful fifty-minutes of music; more sophisticated than anything Liam has done on his own, more meandering than the tightly-crafted songs one has come to expect from Neil.

In its playfulness it harks back to the 1995 album Finn, which presented brothers Neil and Tim for the first time as a duo. As with that album it’s the vocal blend that is at the heart of the performances. Harmonising together is it’s like DNA is doing the singing.

The author of ‘Don’t Dream It’s Over’, ‘Weather With You’, ‘Private Universe’ and so many other indelible songs doesn’t have to prove his ability to write three-minute hits, and on Lightsleeper he doesn’t really try to. At this point he seems more interested in testing how seemingly disparate musical ideas can be married together. The result is several songs that resemble mini-suites, like the one Neil and Liam have titled ‘Where’s My Room’. It starts out as a kind of syncopated jam. You might even call it Finn funk. But it soon segues into a more typically Finn-fashioned pop hook, anchored with a stomping Beatle-ish backbeat, supplied by Liam’s sibling Elroy. That goes on for a bit, and then it’s back to the funk for the extended coda, which revolves around some wonderfully slippery string parts – which have to be the work of Victoria Kelly.

I don’t know how it ranks as a song, with a lyric that makes rather a meal out of a mundane scenario the Finns must be only too familiar with: losing track of one’s hotel room during a tour. Still, as a studio event it’s delightful, all seven and a bit minutes of it, and the same can be said of other rambling mini-epics here, like ‘Back To Life’ with its interlude of bazouki and accordion – another memento, perhaps, of the Greek sojourn?

There are a few songs where father or son takes the mic alone, and these are the more traditionally crafted numbers in the set. There’s ‘Anger Plays A Part’, a love-torn lament with the strum-along feel of a Crowded House classic – only here the song appears to have sprung from Liam.

It’s one of the album’s most immediate moments and is back to back with a similarly solitary performance from Neil, ‘Listen’: a piano song with faint Catholic allusions that falls into the thoughtful mood of his last album.

As noted, it’s a family album - Sharon Finn also features on a few tracks - and family is the theme of many of the songs as well, from the marital celebrations of the opening fanfare to the moving meditation – no doubt inspired by Liam’s recent step in parenthood - in the John Lennon-ish ‘We Know What It Means’.

It’s been said that the personal is universal, and that goes for a lot of Lightsleeper. Friendships, families, fears… these are subjects that will resonate with any listener. Yet Lightsleeper is also a report from a private universe: a place of creative comfort, where there is time and resources to explore seemingly any whim. That’s the reward for the Finns’ success, and it’s not undeserved, but for most of us it’s a place we can only admire from a distance.