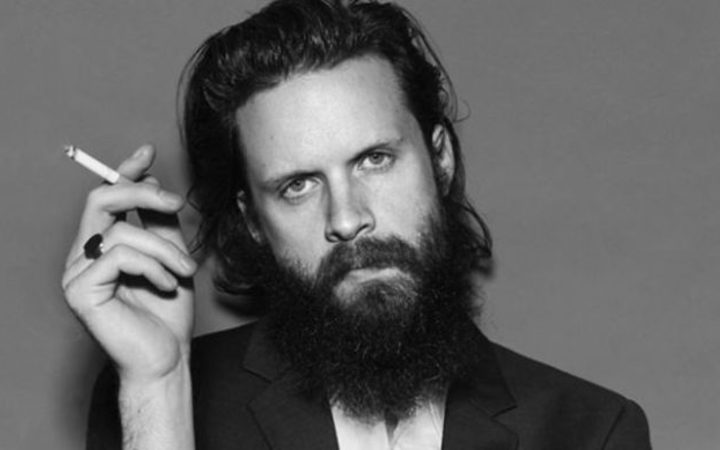 When Joshua Tillman quit his temporary job as drummer for Fleet Foxes and went back to his old career as a singer-songwriter, he also created a new persona: Father John Misty.

The persona is multi-purpose. On one level it’s simply a more memorable moniker than J. Tillman, under which he’d already made half a dozen solo albums prior to his Fleet Foxes stint, none of which had a particularly wide impact. 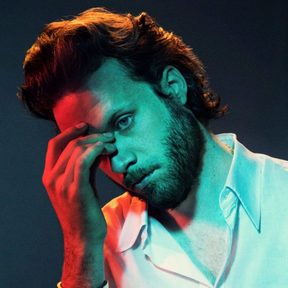 With its touch of religious parody, it also gives advance warning of the semi-satirical humour that laces Tillman’s songs. Plus it always provides him with an alibi should he ever be taken to task for the more outrageous aspects of his work; the bleak nihilism that underscored last year’s Pure Comedy, for instance. That wasn’t me, he could always say, that was Father John.

Still there is more than a mere suggestion of the old school confessional songwriter about Tillman. Not only do his songs have a lot of that classic Laurel Canyon solipsism about them – ‘I’ve been sitting here thinking, now let me share my insights with you’ - his records could almost be sonic artefacts of that era. Played mostly on acoustic instruments and recorded to analogue tape, the sound is warm and familiar.

Comforting melodies offset against disquieting meditations; this is the Father John/Josh Tillman we’ve come to know.

But there is noticeably less ironic detachment on God’s Favourite Customer than on any of the album’s that preceded it, even in a song called (ironically enough) ‘Mr Tillman’, in which the singer addresses himself in the voice of a hotel clerk, who gently raises some concerns about the health and wellbeing of this particular client.

That’s the second song on the record and it acts as a scene-setter for much of what is to follow. The album – which Tillman must have turned around quickly as it arrives barely a year after Pure Comedy – seems to track a period of introspection, intense even by Tillman’s standards. It finds him estranged from his wife Emma (who figures prominently and romantically in the songs of his last two albums), dissolute and shacked up in a hotel he refers to as The Palace, where he wrestles with the muse, and a few other demons as well.

Teetering on the edge of maudlin self-pity, even his normally self-mocking humour threatens to desert him. What remains – and is really his saving grace - is his way with a melody. The sour chord change in ‘The Palace’ when he sings ‘I’m in over my head’ speaks as eloquently as the disillusioned lyric. Like most of these songs, it finds him on piano, which really brings out his latent Lennon. But it’s hard to listen to these songs without being reminded of all the other songwriters on whom Lennon had an audible influence as well, which includes Elton John, Harry Nilsson and Neil Finn - occasionally all at once.

Beatle-isms pervade this album more than any other Tillman has made, though he pushes beyond the Beatles and into pure power ballad in the song that marks the album’s tipping point. In ‘Disappointing Diamonds Are The Rarest Of Them All’ he reports on a revelation; one that lifts him out of his morass and returns him to the arms of his loved one. The song is about accepting that a marriage, like any other human exchange, is never going to be perfect, but that those imperfections might be worth celebrating in themselves. And with its off-kilter comparisons between love and a ‘carcass left out in the heat’ or ‘an oil tanker tipped at sea’, it propels us into the album’s final tracks and the cautious resolution of the song he calls ‘We’re Only People (And There’s Not Much Anyone Can Do About That’) With just ten songs, God’s Favourite Customer is certainly the most concise album Joshua Tillman has made. Loaded with Lennon-isms, of both the musical and navel-gazing varieties, it also seems his most vulnerable and revealing. That is, if you want to ascribe the whole thing to Tillman. After all, it could just be Father John.