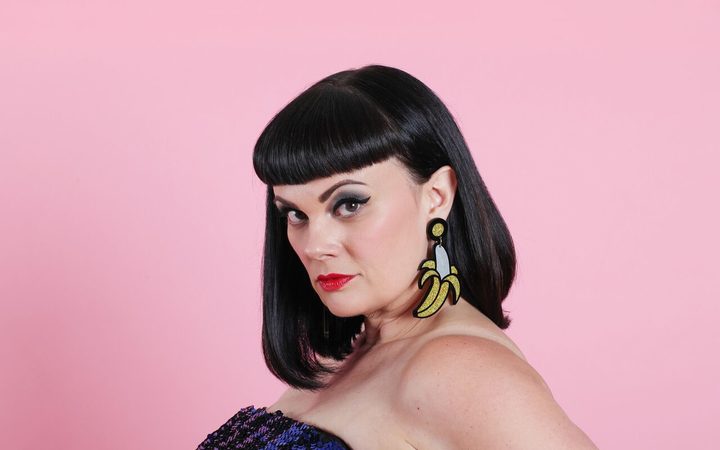 A decade ago, Tami Neilson was a newly-arrived singer from Canada, trying to fit her larger-than-life performing style into the narrow constraints of New Zealand’s country scene. These days she doesn’t worry about constraints or scenes and her music is just as large as it has to be. 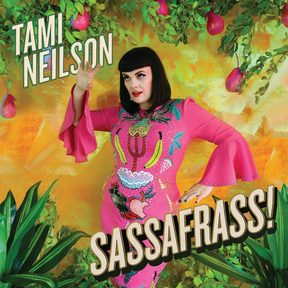 Neilson’s new album Sassafrass! is brassy, gaudy, and - just in places - beautifully restrained, while covering a range of overlapping styles, of which country is just one. Listening to Sassafrass! is a bit like feeding a handful of shillings into a particularly egalitarian jukebox some time around the dawn of the 60s, and letting that Wurlitzer whirr.

There’s a stroppy bluesy bite to tracks like ‘Stay Outta My Business’ that’s equal parts Dinah Washington and Brenda Lee; in other words, it sits right between the urbane end of R&B and the bluesy side of country, and that’s a place Neilson feels at home.

But there are novelty tunes on this jukebox too, and ‘Bananas’ seems to have arrived just in time for that early 60s craze for tropical exotica - though she manages to sneak a topical commentary on gender equality into the fruity lyric. It’s the kind of song I can imagine a jazz-based singer like Peggy Lee might have sung back in the day.

Other songs feel more like a country singer stepping into jazz. And that’s a merging of idioms that can work like magic too.

It’s all a long way from the four-square country of Neilson’s early endeavours, and it is clear she has found herself. The turning point came four years ago with her Dynamite! album, produced by Delaney Davidson.

Davidson proved how well-suited her voice and personality are to this kind of retro jukebox sound, while adding a little bohemian grit of his own. Davidson wasn’t present for this latest set, and his absence might account for its brighter, brassier surface.  There are moments where I suspect he might have dialled back the cheese just a smidgen, or encouraged Neilson to take things to a darker place. Still, she’s in good musical hands with Lyttelton studio savant Ben Edwards and a crack band including drum giant Joe McCallum and guitarist Neil Watson, who brings his pedal steel skills to ‘Manitoba Sunrise at Motel 6’ the album’s most contemporary – and traditionally country - tune.

Sassafrass! ranges from heart-on-sleeve sincerity to high camp, but it all makes for an entertaining and highly musical set from a singer who has created a category of her own. Call it Tami Neilson jukebox music.