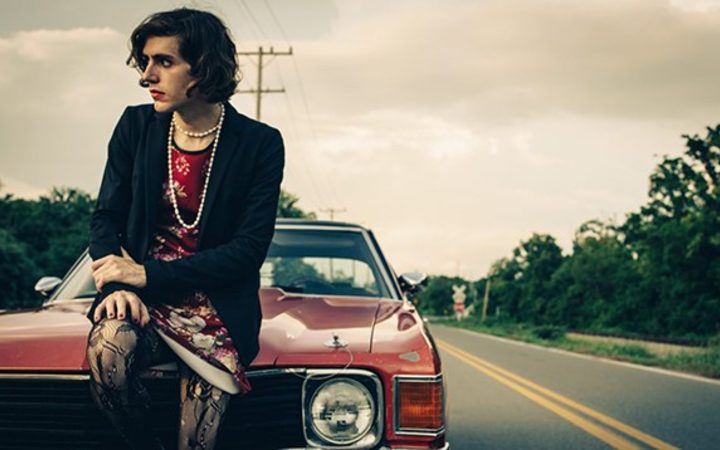 Ezra Furman is a 31-year-old American singer-songwriter who identifies as gender fluid; he is also an Orthodox Jew. Both identities are encapsulated in the title Transangelic Exodus. 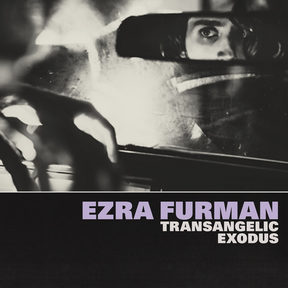 Like the opening scene of a book or a film, it begins with an escape and a chase. The singer waits in his car as the character he refers to as his angel climbs out the window of a hospital “leaving tubes in a tangle.” And then they’re off at ninety miles an hour, headed for the state line.

The angel, it transpires, is literally an angel; at least he has wings. And, as the ensuing song-cycle reveals, this qualifies the renegade couple as outlaws.

There’s a pretty obvious parable here that parallels the current battle in the U.S. for LGBT rights, with a healthy dose of Trump-era paranoia thrown in. But to complicate things further – or at least give these songs a deeper layer of intrigue – there are recurring references in these songs to Furman’s Judaism. These may not be as overt as the LGBT theme; still it explains the prayer that concludes ‘God Lifts Up The Lowly’.

‘Maraschino Red Dress $8.99 at Goodwill’ is a coming-of-age/coming-out song – about a boy buying his first dress – and he’s again interweaving the gay theme and the Jewish one, and possibly thinking about two different persecutions. Like a number of these tracks it could stand on its own outside of the song cycle. In fact, as the album goes on the narrative seems to dissolve a bit anyway, though like Bowie’s Ziggy or The Flaming Lips’ Yoshimi Battles The Pink Robots, there are enough markers to hang your own story on if you wanted to.

But the initial impact of this record is a sonic one. Until recently, you might have called him a traditionalist. Loyal to no particular genre, he appeared to have absorbed it all, from 50s rock’n’roll (he even had a saxophone player) through Dylan, Lennon, Reed, Bowie, and Springsteen, jumping from one template to another as his songs required. But for the new album he’s gone a step further, slamming the styles together, often unexpectedly. There’s still a punk rawness about it all, but it’s bright and brash in a way that also reminds me of current hip-hop production.

Transangelic Exodus was released near the beginning of this year but I was reminded of it again last month with the publication of a book, written by Furman, as part of a series of extended essays on classic albums. Furman’s book – which is very good, by the way – is about Transformer, Lou Reed’s 1972 classic; the one with ‘Perfect Day’ and ‘Walk On The Wild Side’. Furman is fascinated with the album, and with Reed, who – like Furman – had relationships with both women and men, though went out of his way to avoid personal pigeonholes. And he is similarly fascinated by the way that on Transformer, Reed toys with, then rejects, category after category. As Furman points out, you could legitimately call it a glam rock album, an early punk album, a commercial breakthrough or an album about sexuality and gender, yet Reed actively avoids landing inside or outside any of those stereotypes long enough for any one of them to stick. He also says that, in spite of being most people’s favourite Lou Reed album, he believes it is deeply flawed. Yet at the same time he can’t get enough of it.

I don’t think Transangelic Exodus is going to be Ezra Furman’s commercial breakthrough, though it does – like Transformer – jump around enough to avoid easy categorisation.

It also has some apparent flaws: the musical shifts can be jarring, Furman’s performances tend to tip over from intensity into hysteria, and his best songs are sandwiched between more forgettable ones.

Yet like Furman with Transformer, I’ve kept coming back to this album, with all its imperfections. There’s something about the perspective here, musical and lyrical, that is intriguing, utterly individual, and I find out more about it each time I listen.