Janelle Monae holds The Declaration of Independence to account in a funky and forthright new album. Nick Bollinger discusses. 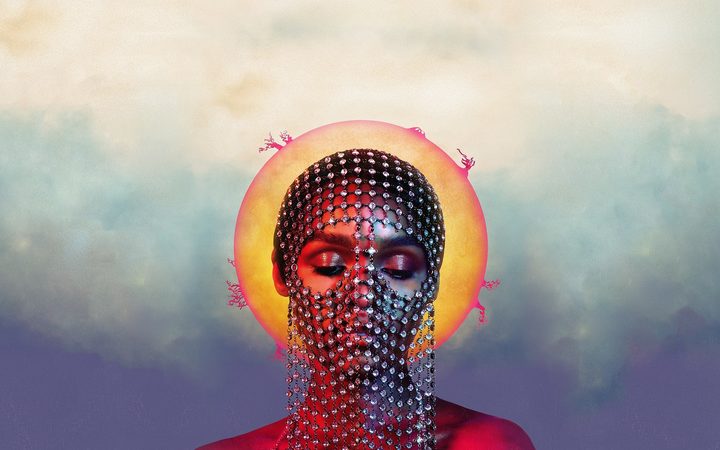 This album revolves around a premise. In a spoken sample near the start we hear Martin Luther King, quoting from the American Declaration of Independence “that all men are created equal, that they are endowed by their creator with certain unalienable rights, that among these are life, liberty and the pursuit of happiness.”

Monae holds that statement to account. If all Americans are equal, these songs insist, then that must apply whatever one’s ethnicity, gender or – particularly – sexual orientation. No discrimination or prejudice is acceptable. And to underline her case, she creates one of the most all-encompassing syntheses of American music you could hope to hear.

The first notes of the title song are as American as apple pie - or ‘Surfin’ USA’.

It’s the multiple voices of Beach Boy Brian Wilson whose trademark harmonies create beautiful chordal washes behind Monae on the title track, as she sings her ode of solidarity to anyone who doesn’t fit the conventional mould. Could it come any more American than that?

It was obvious from The Archandroid, eight years ago, that this Kansas-born singer who could move like James Brown, dream dystopias like Philip K. Dick and write a neo-funk hit like ‘Tightrope’ had formidable, multiple talents and an underlying social message.

Yet as much as her sci-fi scenarios may have provided metaphors for ‘otherness’ – be that black, female or queer – they could also stagey, arch and  artificial. Dirty Computer is deliberately more direct – though once again there’s a sci-fi scenario, which Monae outlines at the start of the album’s accompanying 45-minute ‘emotion picture’.

Once you get into the album’s songs, though, it is obvious that Monae is not really singing to us as one of her android inventions. She is telling us exactly who she is, how she identifies, and where she finds her pleasure, and that her expectations – to live a ‘crazy classic life’ – are constitutionally American. 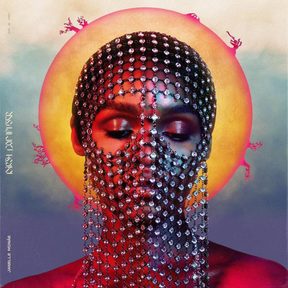 Monae is one of the most articulate pop stars around; dial up her speech at last year’s Grammy’s or the Women’s March on Washington if you doubt it. Or listen to her in ‘Django Jane’, the longest sustained piece of rapping she’s ever put on disc, in which she rips through her hard-life story before arriving at the crux of her message: that the racism and sexism that persist today make a mockery of those so-called ‘inalienable rights’.

Yet even at her most forthright, Monae doesn’t forget that pop can be uplifting, celebratory, liberating. And as much as Dirty Computer is a challenge to the enforcers of prejudice and abusers of power, it is a celebration of what she knows is right, which includes explosions of carnal joy like the confection she calls ‘PYNK’.

If the music on Dirty Computer can at times seem almost bubblegum-wrapped, it can also dig into some undeniable grooves, like ‘Make Me Feel’, the irresistible first single, which plays like the best possible homage to the late Prince - who Monae has acknowledged as a mentor.

Yet in her broad embrace of styles, from Motown to middle-of-the-road pop, she has perhaps even more in common with Stevie Wonder, another of her champions. On one short track (‘Stevie’s Dream’) she samples his words like a kind of mantra.

Like Stevie, Monae’s activism is imbued with optimism. Of course she’s angry that after all this time injustice and hypocrisy still flourish.

Sure she’s had it with homophobes and hypocrites, and she’s got rhymes like ‘Uncle Sam kissed a man, Jim Crow Jesus rose again’ to prove it. And yet the tone of this record is overwhelmingly upbeat. Arriving on the heels of Me Too and the Women’s March, this music feels like an anticipation of victory. It says change is coming, there’s no going back, and that to demand that change is an unalienable right.