Now Only by Mount Eerie

Last year Phil Elverum, who records as Mount Eerie, released one of the most starkly personal documents of grief ever put on disc - and now there's a sequel. Nick Bollinger braces himself for a listen. 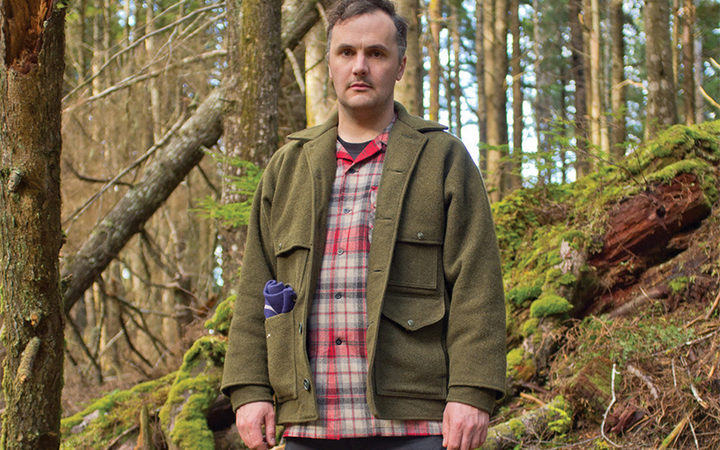 Early last year a singer-songwriter from the Pacific Northwest with more than a decade of low-key indie releases behind him, made a record that attracted more attention than all the rest of his stuff put together. That attention was justified. The record is arguably the most starkly personal document of grief ever put on disc.

The singer-songwriter is Phil Elverum but he records under the name Mount Eerie. He made A Crow Looked At Me in late 2016, in the months immediately following the death of his wife, Genevive, who had been diagnosed with cancer the previous year, just after the birth of their only child.

Elverum lays it all out in the opening track, ‘Real Death’. ‘When real death enters the house/all poetry is dumb’, he sings – or at least pushes out words in something roughly shaped like a tune – and for the next forty minutes it is as though any conscious notion of crafting poetry or music is abandoned as he lays his feelings bare.

If this sounds hard to take, join the club. The first few times I tried listening to the album, I had to stop after just a few tracks. It made me feel like a voyeur, with no right to be eavesdropping on the grief-stricken confessions of someone I didn’t know.

And then there was the painful rawness of the music itself, where Elverum seems almost too sad to hold down a chord while his singing can sound closer to sobbing.

His sense of loss may have eclipsed his desire to craft or refine the songs on A Crow Looked At Me, and yet the record’s very existence shows his commitment to his art. Had art mattered less, would he have bothered to make these recordings at all? Only, perhaps, as therapy.

Chris Knox once evinced the theory to me that the more specific a song, the more universal it’s impact, and gave his own ‘Not Given Lightly’ as an example: a song that seems to be written solely for one person – ‘John and Leisha’s mother’ – and yet became his most requested tune, a particular favourite at weddings.

Even so, A Crow Looked At Me seems to represent some kind of new paradigm when it comes to removing the artistic scaffolding that usually surrounds the emotional truth of a song.

After the release of A Crow Looked At Me Elverum spent a good part of the year touring, including a one-night visit to New Zealand. Listeners describing the concerts spoke of the same initial feeling of awkwardness, at being a witness to a stranger’s grief. And yet they would also report a catharsis. As Murdoch Stephens wrote in The Spinoff: “We shouldn’t be ashamed of feeling a genuine sadness and care for him – so long as that connection doesn’t prevent us from also showing care for those close to us.” Maybe the example of Elverum’s openness makes that easier.

So where does Elverum go from here?

The answer came last month with the release of a new album. Now Only is very obviously the sequel to A Crow Looked At Me. 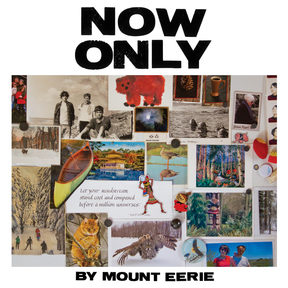 He is still contemplating his loss, but from another year down the track, and while you could hardly call it light-hearted, there are playful moments - like the way the title track breaks into an almost jaunty country-rock chorus, in which the absurdity of a ‘music festival that had paid to fly me in to play death songs to a bunch of young people on drugs’ and detail of the ‘idling bus with Skrillex inside and the sound of subwoofers in the distance’ are, in this context, life-affirming.

Though these new songs are still mostly addressed to his late wife, he now moves between a present in which she is horribly absent and a past where her memory remains sharp and alive.

The final song on the record is called ‘Crow Part 2’, a name he could almost have given to the whole album. While it is again sung to Genevive, the song is as much about the young daughter she left him with; the daughter in which he now sees the mother. It’s a beautiful, fragile piece, and though saturated in the artist’s loss it also finds the poetry returning.

A Crow Looked At Me and Now Only are available on P.W. Elverum & Son