Don't Let Them Lock You Up by Hopetoun Brown 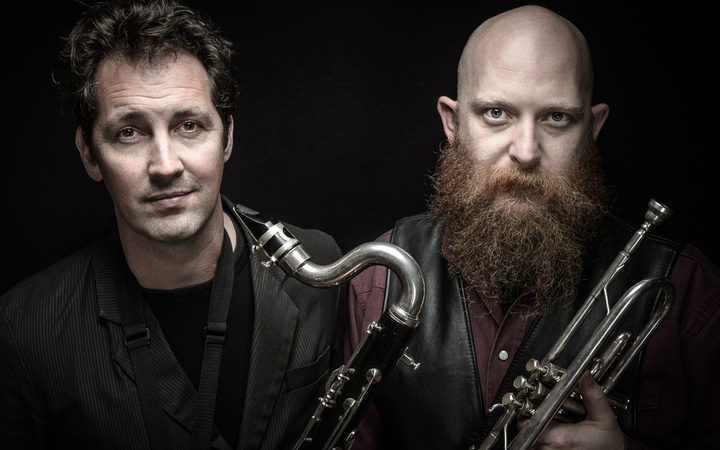 For just two people, Hopetoun Brown move a lot of air. As their third album shows, they are not out of breath yet.

The Auckland pair  – Tim Stewart on brass and Nick Atkinson on woodwinds - figured out long ago they could make a good noise together. Back in the 90s they were the horn section for teenage funk sensations Supergroove. But I never would have guessed that a horn section could be so self-sufficient. 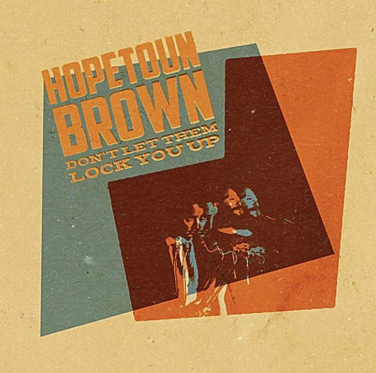 Don't Let Them Lock You Up Photo: supplied

It helps that both sing. Stewart in particular has a lovely voice, and it’s his lead vocals that turn these riffy originals into songs rather than just energetic rhythm tracks. Of course, singing and blowing a horn tend to be mutually exclusive activities. Yet when they are singing rather than blowing Hopetoun Brown keep things moving with simple keyboard bass lines and lots of hand-generated percussion.

On stage, there’s an element of extreme sports about the whole thing. When they are not furiously parping out those horn lines, they are singing or percussing to the point where you might start to worry about them running out of oxygen. But it’s clear these guys are match-fit.

On disc they retain the energy of the live show, while finessing the music with the kind of details that reward closer listening, like the elaborate vocal rounds - bolstered by guest singer Sophie Burberry – that you’ll hear on Atkinson’s song ‘You Know I Know’. Then the saxophone of guest soloist Callum Passells takes it even higher.

Passells and Burberry aren’t the only visitors on board. There’s also a guest vocal from Steve Abel, who lends gravity to an Atkinson ballad, ‘Ashes In The Street’, one of the rare moments where the pace relaxes.

As for Stewart, his song ‘Lonely Rail’ provides similar relief, with footstomps, handclaps and humming giving it the stark mood of a prison worksong.

As you can imagine, songs like these really come to life in live performance, and there’s an excitement these guys generate in person that can just come across as a bit blustery and repetitive on disc. But as a souvenir or taster for the live show, the recordings are fine and this latest one adds another nine songs to a growing and impressive catalogue.

Don’t Let Them Lock You Up is available on Rhythmethod