The Lights Of Te Atatu by Dominic Blaazer 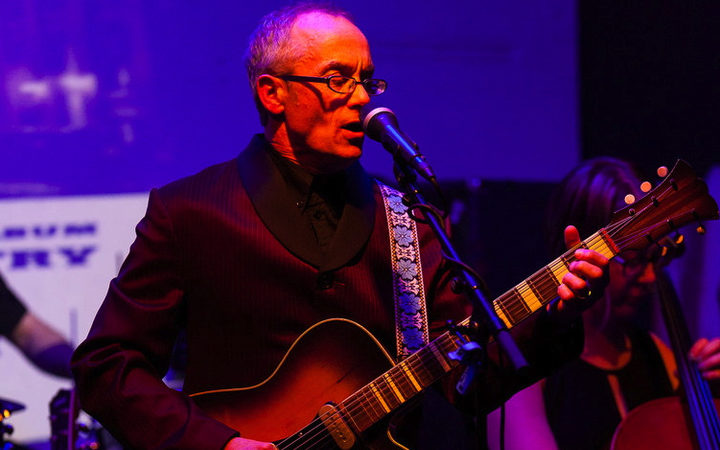 It would be tempting to say no one makes this kind of record anymore, only it’s obvious that someone just has.

This is Auckland-based singer, songwriter and multi-instrumentalist Dominic Blaazer’s first solo album, though there are only a few clues that it’s not some celebrated singer-songwriter from the 70s. One is the local landmark in the title track ‘The Lights Of Te Atatu’. But mainly it’s just the fact that had this record been released back then, we’d already know the songs, because they sound like classics. 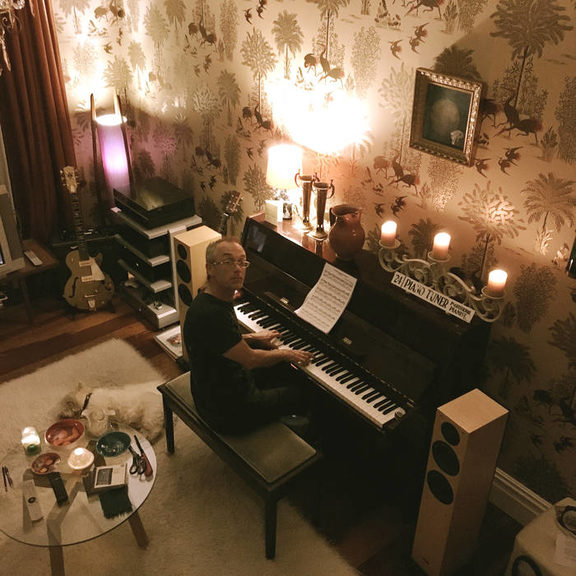 Blaazer is a modern-day piano man with a 70s sensibility. Even the vocabulary of songs in which the protagonist is often called ‘baby’ seems to hark back to that era. There’s an affection for 70s soul that comes through strongly in the album and especially in a track like that one, but even more I hear echoes of Jimmy Webb and Burt Bacharach, David Ackles and early Elton John. Like those artists, his writing is personal and the emotions run high in both his lyrics and his melodies, yet he doesn’t let catharsis get in the way of song craft.

Born in Jamaica, Blaazer came of age in the synth-pop and early indie-rock world of 80s London, where he played in several semi-name bands before moving to New Zealand in the early 90s. On arrival he immediately made himself useful, as a sideman to established locals like The Chills, Don McGlashan and SJD, as well as leading his own projects, such as power-pop band Smoothy and lounge-revivalists the Peter Stuyversant Hitlist.

But The Lights Of Te Atatu finds him stepping out for the first time under his own name, and I only wonder why he didn’t do it sooner because he certainly has all the tools of a solo artist: the instrument, the songs and a voice that will travel where his music demands.

There are some big emotions being played out in these songs, and it’s the romantic melodies as much as the words that carry them.

I’ll admit, had I been confronted with this back in the 70s, my teenage-rock-snob self would probably have dismissed it as easy-listening, embarrassed to admit how much it actually affected me. But even if you suffer from a soft-rock allergy you would have to agree that Blaazer is entirely in command of the genre, one that’s not easy to master. And in a song like ‘The Reason I Care’ he goes all out: a sax solo straight out of ‘Baker St’ followed by strings and, to top it off, a spoken monologue. It’s fearless and perfect.

Not all the arrangements go to the lavish extremes of that one, though there are brilliant little flourishes throughout. Hear the flugelhorn refrain of ‘Nothing Last Forever’ a little nod to Bacharach in another dramatic ballad with a melody that has Blaazer leaping between octaves.

But there are starker tracks too, and one of my favourites is ‘Gang Brawl’ – a song that offers wit and wisdom in equal measures, and which Blaazer sings with just his own piano accompaniment, sounding in moments like the solo John Lennon.

As I say, Dominic Blaazer’s The Lights Of Te Atatu is an album of a kind it seemed people had stopped making. Lately, though, there have been signs that the genre is being rehabilitated, in the records of artists like Tobias Gesso Jr. and Father John Misty. Yet you get the feeling Blaazer would be making music like this whether it was on the cusp of a popular resurgence or not. This music is where he lives; he knows his way around it like his own backyard, and it’s well worth a visit.

The Lights Of Te Atatu by Dominic Blaazer is available on Bandcamp and vinyl (dominicblaazer.net)