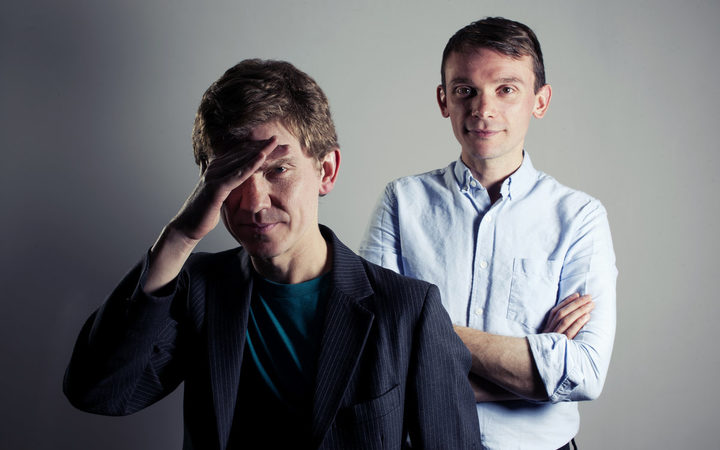 Field Music are two brothers from the north of England with a vision of pop that seems to start with guitars and drums but quickly veers off into a kind of chamber music.

This is the sort of band who’ll plunge you into a baroque instrumental just when you’re expecting the chorus to come around again.

Is there something about brother bands that they are more inclined towards the kind of obsessive detailing you’ll find on this album? Like Sparks, or more recently The Lemon Twigs, I wonder if Field Music, having grown up with what one can assume to be an identical set of musical references, sometimes forget that the rest of the world don’t necessarily speak the same language? What might seem obvious to them is surprising and unpredictable to anyone else. Of course, that unpredictability is also one of their strengths. 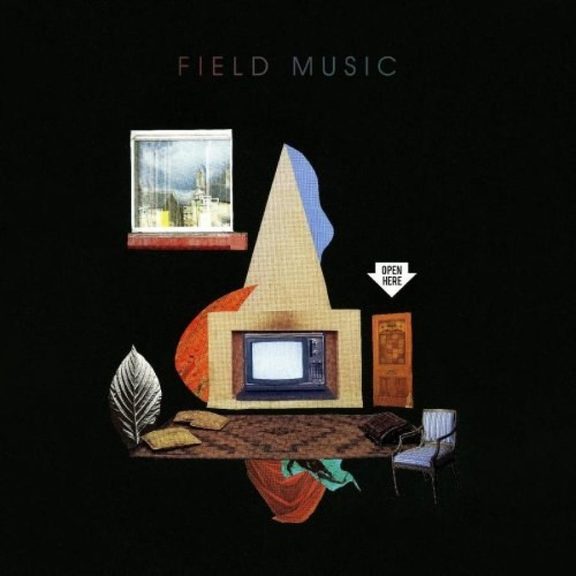 Peter and David Brewis both sing and mostly alternate between guitars and drums. For anything they can’t play they bring in specialists. On Open Here that includes woodwinds, brass and strings.

With chamber pop melodies draped over angular, kinetic beats the music can have a heightened almost-prog quality. Yet there is something inherently down-to-earth about the Brewises. Their musical tendencies may be towards prog, but there are no larks tongues in aspic in their lyrics. These latest songs were written against the backdrop of two events: the Brexit referendum and the birth of David Brewis’s first daughter.

The former rears its head early in the proceedings. ‘Count it Up’ sets out to enumerate the things British citizens might be in danger of taking for granted. If a line like ‘utilise your democratic power for the good of somebody else’ looks ungainly on the page, it rolls more easily of the singer’s tongue than you might expect.

At the more domestic end of things is ‘No King No Princess’, Brewis’s touching ode to a newborn daughter, though this song too has political implications in its message against gender stereotyping. Isolate the lyrics and they could come across as endearingly earnest, and yet there’s a musical playfulness that overrides any of that.

Open Here is a rich offering. A big, nutty fruitcake of an album. If only it had been here in time for Christmas.