The Sampler: Culture II by Migos

Nick Bollinger considers why Atlanta hip-hop trio Migos might be this generation's Beatles. 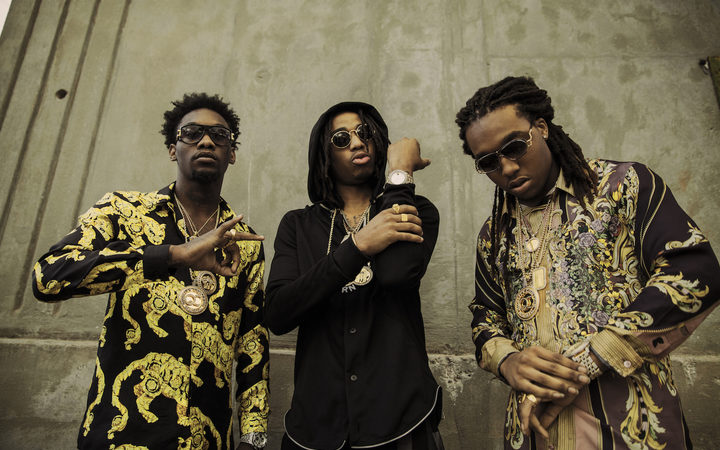 If you happened to watch the Golden Globes last year, you might have heard award-winning Atlanta actor-writer Donald Glover giving a shout out to the band Migos, who he went on to call “The Beatles of this generation”.

Perhaps, like me, it gave you pause for thought, because Migos seem - at least on the surface - to be nothing like The Beatles.

Like Glover, Migos come from Atlanta, Georgia. They are black male trio, all in their late-twenties. Though they have been around all this decade, their big breakthrough came in late 2016 with the song ‘Bad and Boujee’, which defined the group’s sound and attitude in its trap rhythm, virtuoso flow, and a lyric celebrating a lifestyle of bourgeois materialism. 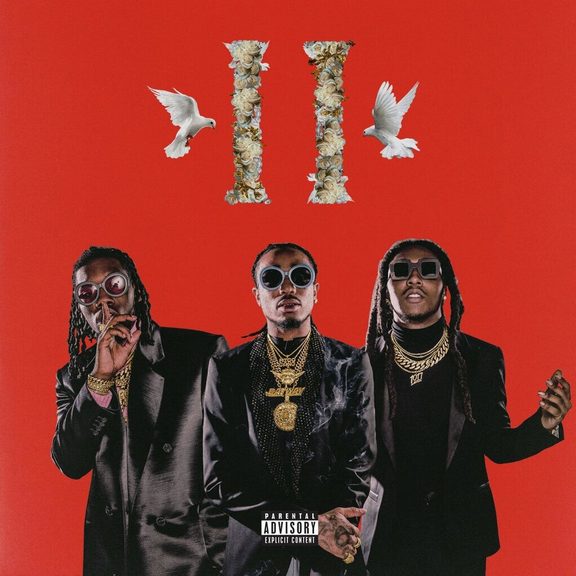 Culture II is the follow-up to Culture, last year’s album, which included that massive hit. How does it compare?

Well for a start, it’s bigger. At 24 tracks in length – and no skits – it’s like they have taken the earlier album and super-sized it.

Their trademarks are recognisable and remain intact: the 808 beats, the distinctive triplet-against-a-straight-four that distinguishes the rhythm of their rhyming, and the way the three rappers – cousins Quavo and Offset and their neighbourhood friend Takeoff – answer each other’s lines with one-syllable asides: woo, yeah, grrah, and – especially – skrrt!

In hip-hop, one indicator of the esteem in which you are held is the calibre of the guests you can attract to your records. For Culture II the guest-list is concise but classy. Migos hold such sway these days that they were able to employ Kanye West as a producer for a bunch of tracks, then use just one of them on the album. (‘BBO - Bad Bitches Only’); Drake features on another. And then there is ‘Stir Fry’, which was produced by Pharell Williams and carries his unmistakable melodic signature.

‘Motor Sport’ includes verses from both premier female rapper Nicki Minaj (who is is in fighting form, comparing her skills to both Mike Tyson and Jackie Chan) and the woman who is perhaps her closest competitor - and happens to be Offset’s fiancée – Cardi B.

As for the Migos, their own verses revolve around the usual topics: cars, bars, women, weed and – especially – all the money they are making.

Though it is dressed up as gangsterism, what they are really celebrating here is black economic independence. They put it succinctly enough in ‘Bad and Boujee’: ‘We ain’t really never had no old money/We got a whole lot of new money though’.

They make no apology for being aspiring one-percenters. As far as they are concerned, they are simply making up for lost time.

And yet the relentless celebrations of materialism are ultimately wearying, in spite of a lot of good hooks.

I’m not expecting Migos to reinvent themselves as Marxists, but in the end how much does their elevation to millionaires really help the world? It’s a question they actually address in the album’s final song, the most reflective thing they have written, in which they conclude that saving the world isn’t their job. They are still just breaking out of their chains.

As for Donald Glover’s Beatles quote, could he be right?

As excellent as those early Beatles records were – exuberant and hook-filled and seared forever into my brain – they also revolved around a very small number of lyrical tropes. At least initially, it was all love, love, love, yeah, yeah, yeah, and I want to hold your hand. And isn’t that just as repetitive as Migos endless rotation of women, drugs and money?

If we’re going to compare Migos to The Beatles, then Migos are surely  at their Beatles For Sale stage. They are prolific, hard-working and on a popular and creative roll. We’ll see if they yet have a Revolver or White Album to offer further down the line.

Culture II is available on Universal