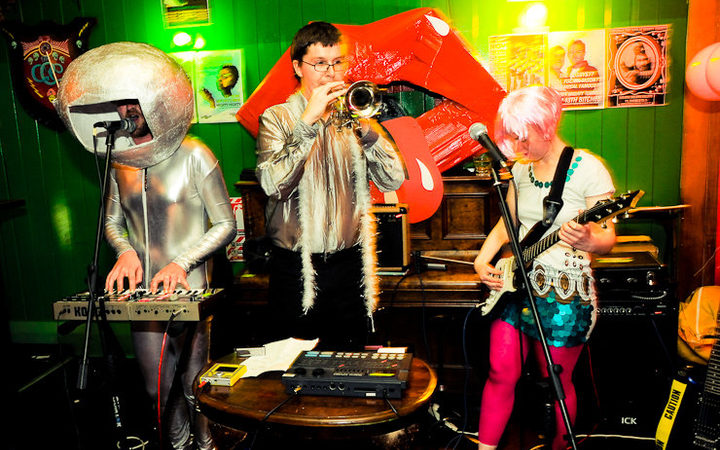 Gold Medal Famous is a trio from Wellington, whose name indicates something of their droll attitude.

Certainly not famous in the usual sense of the word, they have nevertheless maintained a consistent left-field presence for an impressively long time, which in this country can lead to a kind of fame.

Gold Medal Famous - whose lineup consists of Tamsin Grigg, Chris Wilson and Vorn Colgan – reach their tenth anniversary as a band this year.

I’m not sure if they are planning any particular celebrations, but their most recent album does have a song about it. 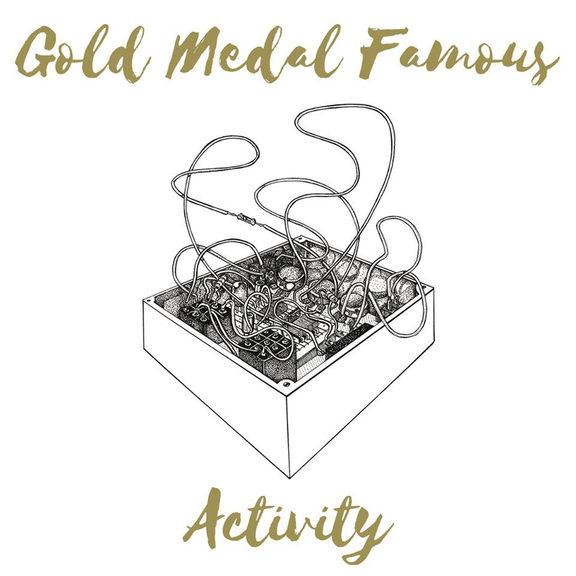 Activity is a concept album, of sorts. As the title implies, the songs are concerned with activity of one kind or another - though the definition is broad enough to include songs like ‘Thinking’, in which the only activity is the paranoia festering inside the vocalist’s head, or ‘Sick’, about the activity – or lack of it – that occurs when one is at home with the flu: (‘Watching TV, aching muscles, reading in bed, napping, waking, napping, waking…’)

Though their extensive catalogue (much of which can be found on Bandcamp) embraces everything from guitars and harmonica to drum machines and white noise, for their latest album they have settled on an austere yet surprisingly effective palette of sound samples, occasional synthesiser and a lot of Theramin – that swooping electronic instrument traditionally used in horror soundtracks but which, in their hands, lends more of a comic effect.

Though there are tuneful elements, they seldom waste time prettifying their suburban odes.

If there’s a hip-hop influence, it’s more in the use of loops and digitally constructed beats than in their vocal style. But both involve a kind of cut-up technique. They will take phrases or fragments of dialogue, often quite mundane on their own, yet the isolation and repetition of those phrases can give them the impact of weapons.

The technique has never been more effective than on the song they call ‘We Bought A House’. Gold Medal Famous have called it the most offensive song they have ever written, and in the current climate of homelessness and unregulated property trading they might be right.

It’s not the first time they’ve struck a political chord; during the rule of the last National government, they created a certain amount of impact with a song they called ‘John Key Is A Dick’ which they released in fourteen different styles – from dubstep to handbag house – to appeal to all markets. In ‘We Bought A House’ they have again captured a moment and created an irritable classic.

Activity is available on Powertool