Nick Bollinger dives into a collection of local soul, funk and disco - including some delicious obscurities. 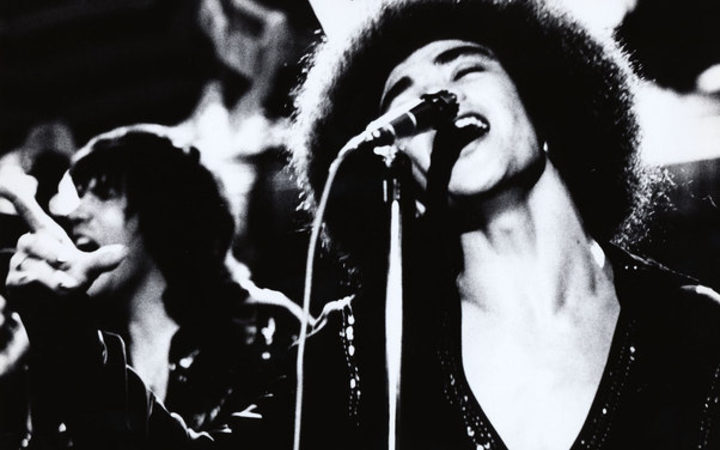 The New Zealand of the mid to late 70s is often depicted as a dark time. Oil shocks, recessions, dawn raids, and Rob Muldoon. You can see it reflected in the paranoid visions of local feature film Sleeping Dogs or the aggressive sounds of punk.

But wait – what’s this? It sounds suspiciously like someone having a good time.

Heed The Call!, a double-disc vinyl compilation, subtitled Soul, Funk and Disco from Aotearoa, 1973 to 1983, is evidence that 70s New Zealand could be a soulful and funky place, at least if you knew where to look. And in some cases you didn’t have to look that far. 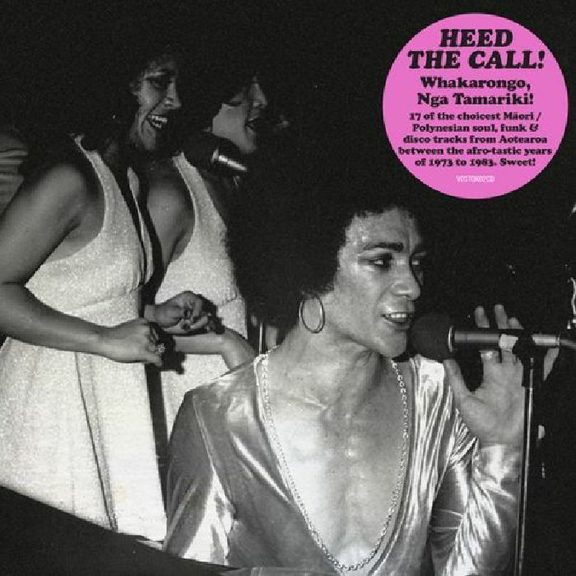 Silk-throated Mark Williams actually made the top twenty in 1977 with his Millie Jackson cover ‘House For Sale’. Then there was Collision, a band of mostly Tokoroa musicians who played around Wellington for a few years before heading to Sydney in 1978, where they recorded their only album. And with bass guitar popping and slapping, hi-hat sizzling and guitars and keys doing all kinds of fiendishly funky things, the unmistakable message is, yeah, you can dance.

This set is beautifully put together, from its spectacular cover photo showing Williams in all his mid-70s afro, satin and ear-ringed glory, to its peerless track selection. Williams, like Collision, gets two cuts, and they’re both great.

But many of the artists here will be less familiar, and compilers John Baker and Alan Perrott have done some deep crate digging. You’d have had to have a keen eye for limited edition local Christian pop records to have stumbled on ‘Don’t Give Your Life Away’, a slice of Saturday Night Fever-inspired dance music by The Pink Family, a brood of gospel singers from Te Atatu, who toured internationally in the early 80s for the World Vision organisation. A few hundred copies of the record were produced as merch for the tour. And with session players like Ticket’s Paul Woolwright and Invaders’ drummer Jimmy Hill, it is a jumping track, even if the lyric - an ode to suicide prevention - isn’t quite your typical dancefloor fare. It’s not the only gospel flavoured obscurity. Formed in Christchurch, the duo Sonia and Skee brought together a former Maori showband singer and the brother of Fijian coup leader and Prime Minister, Frank Bainimarama on a reggae-tinged cover of Gene McDaniels’ ‘There’s A River Somewhere’. And it’s terrific.

Then there’s The Totals, a band originally formed in the Bay Of Plenty by keyboard player Murray Hancox, and had been through various names and incarnations before they cut their only single, ‘Total Man’ with someone – I presume it’s Hancox – doing his best impressions of an Antipodean Barry White.

Scattered amongst enigmatic tracks like these are a few things that will be more widely known. The title tune, ‘Heed The Call’ comes from the great Prince Tui Teka, better known for his big ballads but acquitting himself quite credibly here as a disco singer. There’s Tina Cross, the Yandall Sisters, the great Dalvanius, and Golden Harvest with their imperishable ‘I Need Your Love’. But for me there was at least one more revelation. I’d heard of Leo De Castro, but never heard him. Back in the 60s, this Maori singer, named after the Brazilian doctor who delivered him, was supposed to have the biggest most soulful voice this country has produced. Before I’d ever had a chance to hear it he’d left for Australia, which is he recorded this track with the Johnny Rocco Band. And everything they said about that voice turns out to be true.

Heed The Call! is a model compilation; a snapshot of an era, studded with genuine discoveries. And it doubles as the local party album of the year. Or as Alan Perrott puts it in his exemplary liner notes, this is funk, soul and disco as it would have sounded if Studio 54 had been set up within five minutes of a dairy farm, a rugby club and a marae.