Nick Bollinger dips into a disc of out-takes and ephemera from Amer-indie artist Angel Olsen. 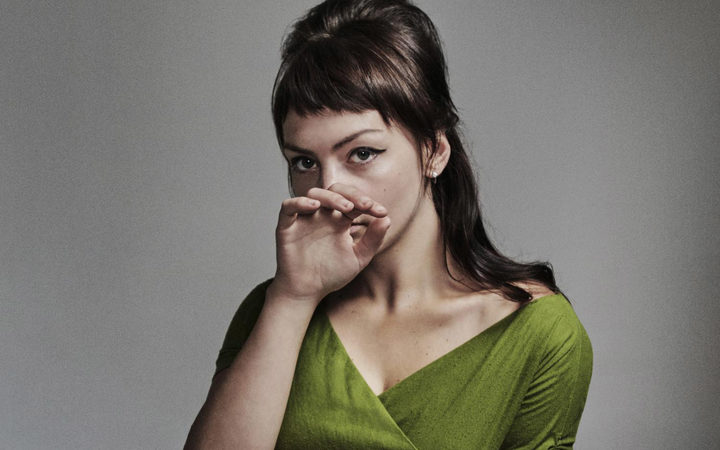 It’s an indication that an artist has reached a certain level when there is enough interest to release an album of their out-takes. Angel Olsen would seem to have reached that level surprisingly fast.

Maybe you’ve been following her since her since her 2014 breakthrough Burn Your Fire For No Witness, or the recordings she made as part of the Cairo Gang with Bonnie ‘Prince’ Billy, or even her thoroughly indie cassette EP Strange Cacti. It’s been a relatively short recording career for the 30-year-old North Carolina singer-songwriter, from her thoroughly indie cassette EP Strange Cacti to last year’s fully fledged My Woman, which makes this collection of outtakes and rarities unexpected, but not unwanted.

‘Sweet Dreams’ is the oldest track here and it only dates back to 2012 when it appeared on a seven-inch single. It places Olsen’s high-lonesome wail in a garage rock mode, which might be her default setting. But she can suggest other sonic settings as well.

With a cathedral’s worth of reverb to help her out, Olsen nods to Roy Orbison in the long tremulous high notes of My Woman outtake ‘Fly On Your Wall’. The refrain ‘a love never made is still mine’ captures a complicated idea that seems to preoccupy much of Olsen’s writing; something to do with knowing oneself, knowing others, and the elusiveness of love.

Angel Olsen has a number of different voices she seems to be able to access, whether it’s the full Orbisonian sweep of ‘Fly On Your Wall’ or the weirdly brittle and vulnerable voice of ‘Sans’, that home demo from 2015. And there’s an entirely different vulnerability in the voice she inhabits on another home demo, a cover from last year of Bruce Springsteen’s ‘Tougher Than The Rest’.

Or if you don’t warm to the lo-fi of tracks like these, you might prefer Olsen’s voice clear and up close on other solo performances here, like ‘May As Well’.

Once more Angel Olsen seems to be watching love slip away as she uncovers yet another voice in that sad and lovely self-penned country song.

Its sentiment is echoed in the album’s closing track, a song that curiously enough she first heard on the 60s television show Bonanza. Like the rest of the album, the track is an oddity, yet at the same time it seems perfectly connected to the rest of this strangely cohesive album of orphans.

Phases is available on Jagjaguwar records