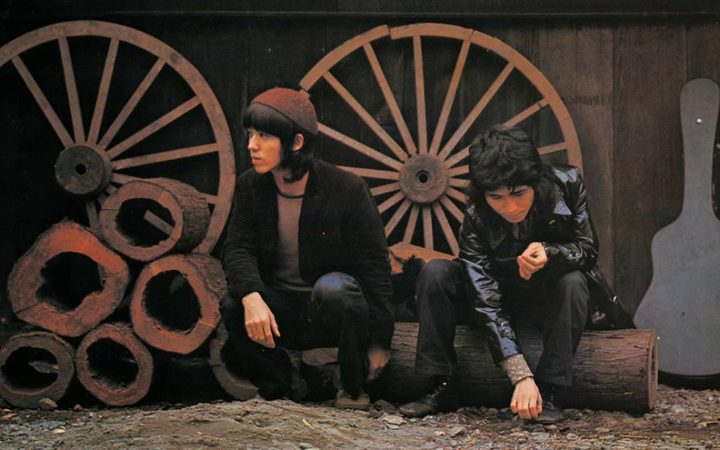 Furuido, or the Fluid, were a Japanese folk-rock duo from the early 70s. ‘Rokudenashi’ is a track originally released back then on their debut album The World Of Fluid, and I really like it; good singing, chunky acoustic guitar and drums, not unlike Neil Young in his Harvest mode.

It’s one of nineteen tracks gathered together on Even A Tree Can Shed Tears: Japanese Folk and Rock 1969-1973, a survey of a subgenre I barely knew existed. But then, of course it did. The folk boom that Dylan, Baez and co spearheaded in the early 60s was felt right around the world, and by the end of that decade its influence could be felt in places like Japan, both subtly and more directly. 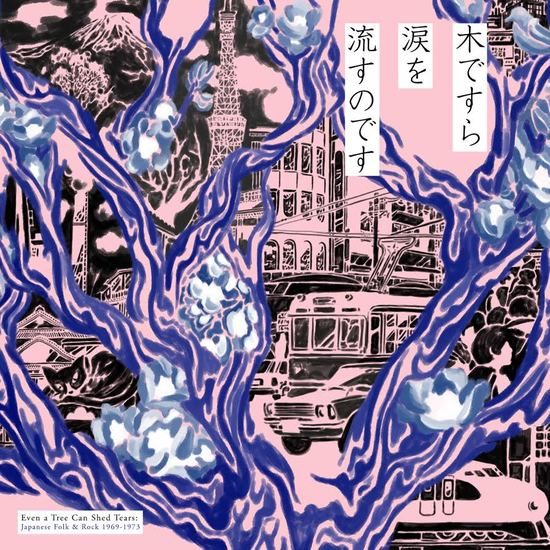 You can’t wear your influences more proudly than naming your band The Dylan, as the duo from Osaka did, whose version of ‘I Shall Be Released’ (‘Otokorashiitte Wakarukai’) appears here. And there are other examples of models being closely mirrored, even in original songs. There’s Sachiko Kanenobu, whose music very much resembles the Carole King of Tapestry.

Then there’s Kazuhiko Kato, originally a member of the Kyoto-based Folk Crusaders who, by the end of the 60s, had gone completely psychedelic. He would later move to London, go glam and form a group called the Sadistic Mika Band. I like his song ‘Arthur Hakase No Jinriki Hikouri’ and his whole slightly mad demeanour, though he seems to have cribbed the bridge from ‘While My Guitar Gently Weeps’. 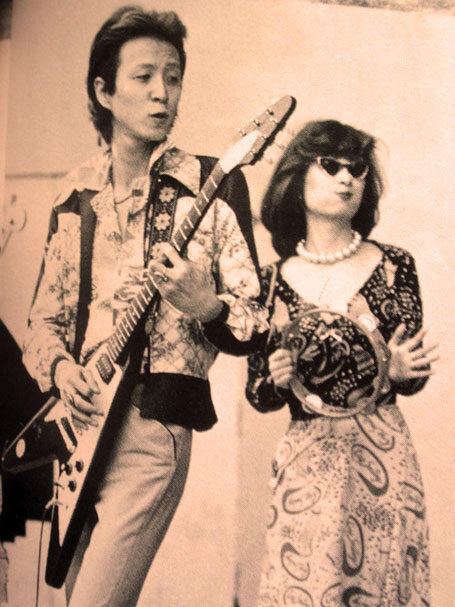 Working my way through this rabbit hole of Japanese folk rock, I was surprised to come across something I had actually heard once before, exploring a different rabbit hole. It’s a group called Happy End, who do their best to channel the moods and the modes of early 70s Californian soft rock. I’d become curious about them after reading that Van Dyke Parks and Lowell George, a couple of my Californian heroes, had once produced an album for them. And one of the mellow highs of Even A Tree Can Shed Tears comes from that album.

But in the end I found the most interesting moments in this collection were the ones where the California vibe is interrupted by a more distinctly Japanese sensibility, like the mallet percussion and wind sounds of a shakuhachi (or something similar) in a lovely tune like ‘Man-in No Ki’ by Takashi Nishioka.

As I say, there are millions of musical rabbitholes to explore, or you could just sit back with Even A Tree Can Shed Tears and let its canny compilers do some exploring for you.

Even A Tree Can Shed Tears is available on Light In The Attic.