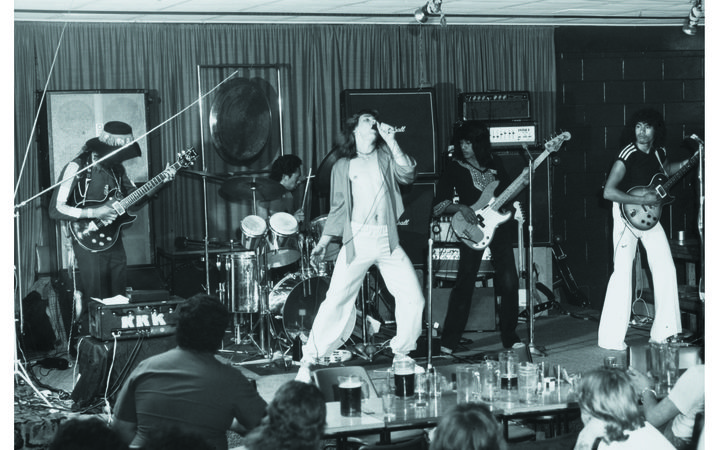 Nick Bollinger revisits the disco, flares and Marshall stacks of 1970s New Zealand with the reissue of a classic from Turangi five-piece Golden Harvest.

With guitars blazing in harmony, a Doobie Brothers strum and a disco drumbeat, it has to be the seventies. And while the style may have been universal at the time, there’s a particular spin to it here that says we’re in provincial New Zealand, in the golden age of the provincial booze barn.

Golden Harvest were four Maori brothers from Turangi and a pakeha singer, and for a few years back then they were omnipresent. 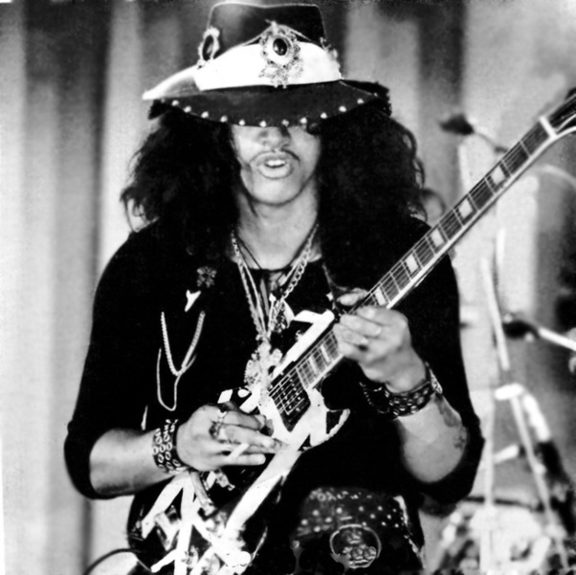 I vividly remember seeing them one hazy afternoon at Western Springs opening for Bob Marley, but there had already been plenty of other encounters: on TV pop shows like Ready To Roll, and even on commercial radio, a place local music seldom penetrated but where you could hear ‘I Need Your Love’, Golden Harvest’s sole hit.

They really threw everything at this one; phasers, Linn drums – and even borrowed a synthesiser, and its owner Mike Harvey, to create that simple defining hook.

As the excellently detailed liner notes of this timely reissue explain, Golden Harvest started out in the early 70s when the brothers were all still at school, playing local dances and regional talent quests, with influences were as varied as The Maori Volcanics and Jimi Hendrix.

At first they were called the Tiki Five; later they changed their name to Brother. But while they would go through various style and image changes before reinventing themselves as Golden Harvest in late 75, the Hendrix element remained, in the playing and showmanship of guitarist Kevin Kaukau. I remember him at Western Springs playing the instrument with his teeth, and their version of ‘All Along The Watchtower’ is slightly disco-fied but otherwise a note-for-note replica of Hendrix’s.

But their own songs have a certain naive charm. What’s that line in ‘I Need Your Love’ about her being so tall and he needing her love ‘before I grow small’? And who was the Mrs G these teenage boys were lusting after?

Stebbing Studios house producer Rob Aicken, fresh from working on groundbreaking local rock records by Hello Sailor and Th’ Dudes, can be thanked for shaping Golden Harvest’s music into a pretty slick package, while preserving the combination of Maori showband, yacht rock, disco and Hendrix that made it such an odd emblem of its time and place. 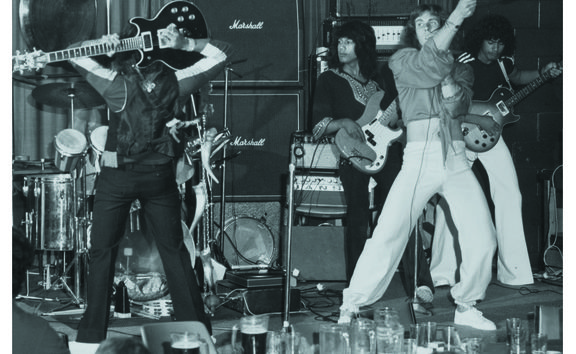 Reissue producer Grant Gillanders has done a terrific job of resurrecting the album for the first time in the digital realm, adding in all the group’s singles and B-sides.

The liner notes give you the story – where they came from and some hint of where it all went – and there are some great photos I’d never seen before. One, for me, sums up that entire period. It captures the band in full flight on stage during their heyday.

Kevin Kaukau is in full Hendrix effect, playing his guitar behind his back as he faces a stack of Marshall speakers; brothers Eru and Gavin are in disco flares – Eru’s black, Gavin’s white – while Karl Gordon with his long blonde hair swings the mic out front like a cross between Roger Daltrey and Peter Frampton.

They might be playing Western Springs or some other stadium, if it weren’t for a telltale sight in the foreground: a large bar table overflowing with jugs of beer. Welcome to New Zealand.

Golden Harvest is available on Frenzy