Sleep Well Beast by The National

Nick Bollinger reviews an intricate and anxious new set from The National. 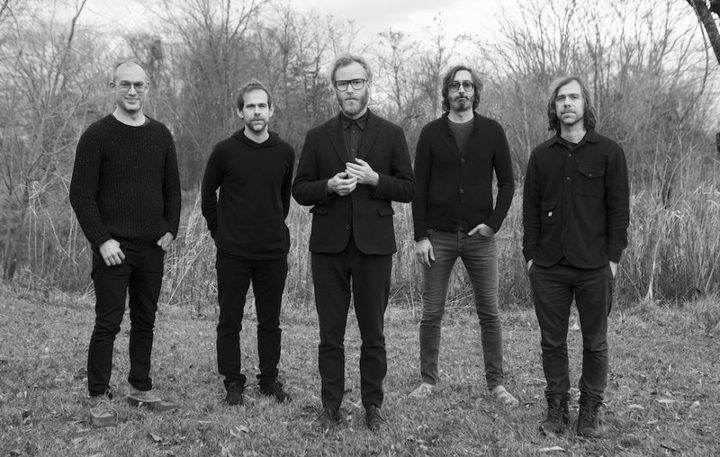 Over the eighteen years since they formed in Cincinnati, Ohio, The National have carved out a reputation as a band to be taken seriously.

They are sometimes whispered of as an ‘American Radiohead’, though without ever having had that breakout hit. Not that one can imagine the National seeking anything as frivolous as a hit song anyway. 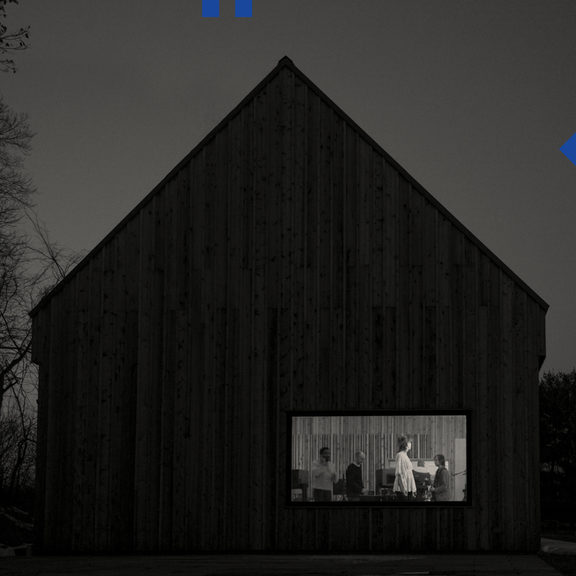 Listening to Sleep Well Beast with all its intricate detail, I can just see them in furrow-browed debate over the exact frequency of a keyboard sample or the perfect length of delay on a guitar note. But however they arrive at their sound, it is lush and attractive.

The National are one of those rare bands that have maintained the same stable line-up throughout.

Two pairs of brothers, the Dessners and the Devendorfs, create the musical backdrops for singer and frontman Matt Berninger. Bryce Dessner has a background in classical composition, which can be felt in arrangements that have some of the repetition and variation of twentieth-century minimalism.

As for Berninger, he makes a curious frontman. He doesn’t have a strong way with melody, nor a particularly lovely voice, though he can do quite a lot with it. His default setting is a dark baritone, which he employs in the soft, half-spoken style, of which Leonard Cohen was the grand master.

And there is something undeniably Cohen-esque about ‘Born To Beg’, only Leonard would have made much more of a key line like ‘I was born to beg for you’, teasing out both its sacred and its sexual implications, where Berninger seems pleased just to have found a decent hook.

In ‘Turtleneck’ The National become a rock band that actually rocks and whichever one of those Dessner boys is whipping out the guitar solo, he’s on fire. But that track is almost an anomaly on Sleep Well Beast. For most of the album things are far more restrained.

More than ever, they have integrated electronics with what is still, in essence, a traditional guitars and drums lineup. And at their best that can result in lovely textures, like the sounds behind the sounds that lend atmospheric depth to the title track.

Like Hail To The Thief (Radiohead's Bush-era broadside) the title Sleep Well Beast tempts us to read into it a commentary on our times. Even Berninger has said it is impossible in this age not to be political. But if you come to this album expecting any sort of appraisal of Trump’s America you’ll be disappointed.

The politics in these songs are almost entirely personal, and reflects the stage of life at which Berninger and his bandmates find themselves today: all in their forties, married with children, ostensibly secure. Only the songs dwell on how fragile that security might be.

Many of these songs play like a dialogue between a couple who are falling apart. But if this is essentially a song cycle charting the dissolution of a marriage, it’s worth noting that Berninger works closely on the lyrics with his own wife, Carin Besser, to whom he appears to have remained happily wed. So is this perhaps songwriting as a way of purging the unconscious? Working out problems before they start?

Humorous the National are not, unless you count a song like ‘Carin at the Liquor Store’, where Berninger half-rhymes ‘can’t wait to see you’ with ‘dead John Cheever’. That sort of literary joke is no less than you’d expect from a ‘mature’ band.

And Sleep Well Beast might be the definition of a mature album. It’s the work of a group who have obviously put in the years weaving their diverse strands into an individual identity.

It’s sonically sophisticated. The songs address mid-life concerns. It’s a beautifully-made thing and, for that, impossible not to admire, even if listening to it does sometimes make me yearn for the dirty noise of a jook joint.