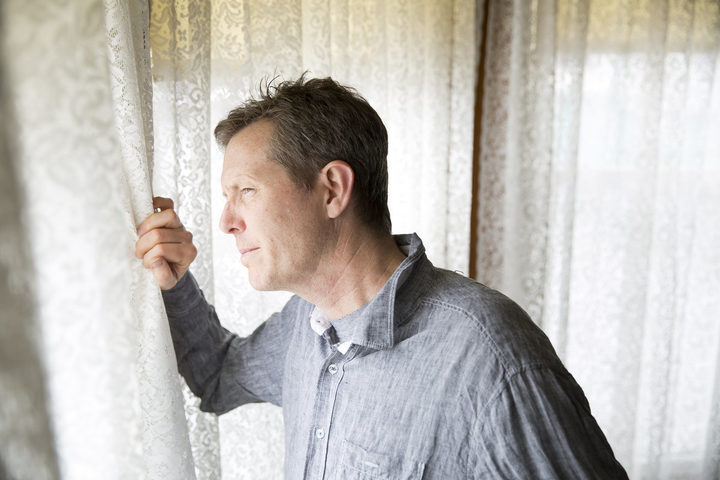 Next month, Auckland venue The Tuning Fork will be hosting - for the fourth year in a row - The Southern Fork Americana Fest: a week of country, folk and roots-rock acts from America and closer to home. This year's line-up includes such familiar locals as The Warratahs and The Bads, alt-country legends Son Volt and frequent visitor Justin Townes Earle. But it also sees the very first New Zealand performance by Chicago-based singer-songwriter Robbie Fulks.

Fulks most recent album Upland Stories has all his skills on display, from the deft guitar playing and gently conversational singing to his intricately constructed lyrics, which weave poetic language around vernacular narratives. 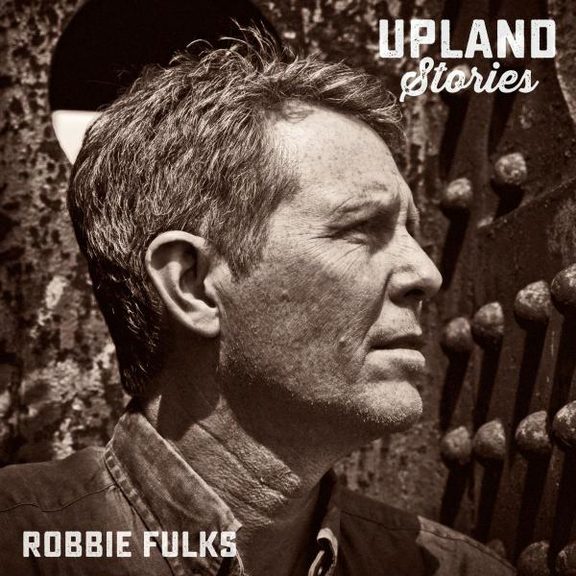 Though this latest album is largely acoustic, with sparing use of drums, this is just the latest musical place he's inhabited in an eclectic career that has included a spell as a Music Row songsmith in Nashville, and a seven-year residency at a Chicago club where he hosted tributes to artists as diverse as Thelonious Monk and The Monkees - sometimes simultaneously.

I first became aware of Robbie Fulks almost 20 years ago, at the time of his only major label release Let's Kill Saturday Night. At that point he was presenting his songs in a more electrified roots-rock vein. I asked him what had led him to a gentler, more acoustic, old-timey sound.

"Along about the late 'oughts I started to get antsy for a change of some kind and found that I like quieter acoustic shows when I'm playing into mics and playing with acoustic musicians. I liked that better than what I'd been doing for the fifteen years previous when I'd been rocking out with a drum kit and electric guitar. So I decided to change it up to make myself happier.

"And I enjoy writing those sort of songs. It's funny cause the record you referenced (Let's Kill Saturday Night) is sort of a middle-period thing for me. It’s what I did from the age of about thirty to forty-five. Now I'm playing more like I did when I was ten or twelve years old because that's what I did back then. I played banjo fiddle and acoustic guitar and played in little rooms.”

A vignette from his earliest banjo-picking  days is captured in one of the songs on Upland Stories, ‘Aunt Peg's New Old Man’.

“That is a real family story. Really the only thing I changed was the name. My aunt was a person named Stella Wagner. I guess she was from the coastal area of North Carolina. She came along in 1920 or so, she and her sisters made music together. She had a little profile in that world and people know her name who are into old time music, some of them do here. I thought that Peg was a funnier name than Stella. That's the story of how I came to meet her when I was a beginning banjo player and I played in my three-finger Scruggs style for her to show her what I could do and she didn't care for it. She did the clawhammer style with her whole right hand going at it. And she said, ‘Yeah, if you want to play the banjo you're doing it wrong. The way we do it is the right way’. It was kind of a funny thing for an older person to say to a younger person but  it didn't make me cry, it wasn't really presented in a mean way, it was just a funny thing for somebody to say.”

Though Fulks spent most of his childhood in Virginia and North Carolina, that’s not quite the ‘upland’ referenced in the title of his latest album - but “close to it”, he says.

Technically, the Upland South is Tennessee and Kentucky, “and I've always liked the music that comes out of there. My favourite gig to do is The Grand Ol' Opry in Nashville, which is the commercial and to some extent the actual centre of the kind of music I play and love. But it also permits me to set some of those songs in places like Indiana, out in the country, even downstate Illinois, the state where I live.

"When you get two hours south of Chicago, which is a huge city, its almost like being in Kentucky, culturally and in terms of the accents and the values and the voting patterns. I use that upland designation to give it specificity and a hook but felt a little bit at liberty to violate the exact definition of that.

“The Deep South, which I mention by contrast, is kind of frightening. I don't go there and play there that much. It's like the darkest part of the zoo. It's crazy down there. But I find it quite comfortable and mannerly and I feel right at home in Kentucky and Tennessee and Virginia, and I always think that when my wife and I get older that we'll just go there to live. That's my fantasy.”

Despite the deep generational roots in country music, Fulks is an eclectic and diverse music lover, reflected in the breadth of music he has played. For seven years he held a Monday night residency in Chicago at a club called The Hideout, where he presented a different show every week. Sometimes a night would combine the work of two disparate artists. Thelonious Monk and the Monkees. Lou Reed and Jerry Reed.

Where did that idea come from?

“Well I wanted to do a residency. My friend Jenny Scheinman who is a fiddler had one in New York that I participated in a little bit. Maybe a quarter of it was themes, other times I did cover some records, and a lot of the  time I would collaborate with friends or people who were passing through town. The main thing was every week was different from the last. I don't know why I did it, mainly to have fun and to learn things basically, same reason I do anything.

“Occasionally something would come up that was really memorable. There was a night when I covered the Bob Dylan record Street Legal and kind of rearranged the tunes on that and I ended up deciding that I wanted to record that, so I'm working on a record. And there was a Miles Davis night - and a Monk night too - that left me real high afterwards and thinking about how they achieved their effects and how they got to be compositionally so great and where the magic lay in them, if you could pinpoint that kind of thing. For a musician that kind of food for thought is what sustains you. As far as where it leads as a path of influence to a concrete work, who knows?”

Robbie Fulks performs at The Tuning Fork in Auckland on 10 October as part of The Southern Fork Americana Fest.